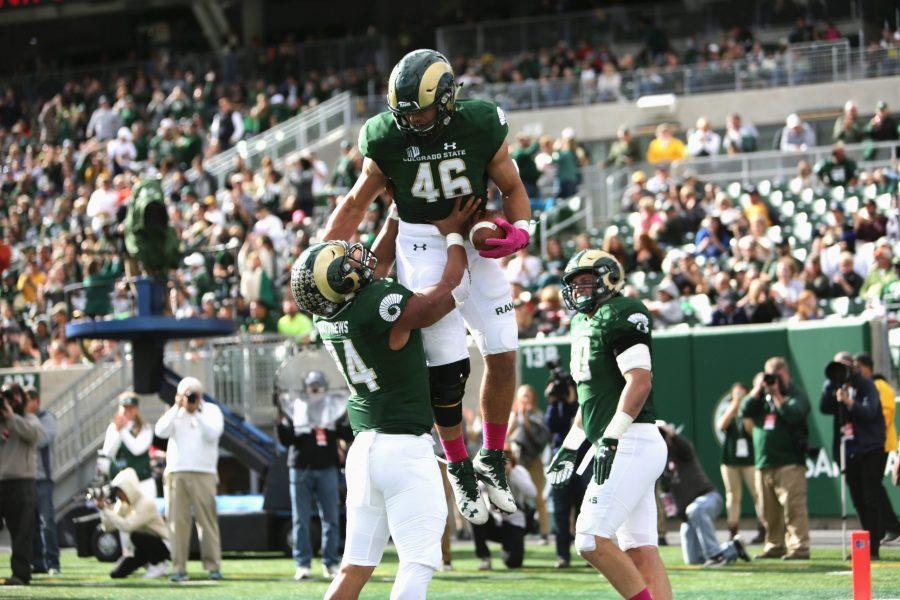 Colorado State University came out victorious against Air Force on Saturday. The score was 45-28 Air force, but according to Coach Mike Bobo, the points were irrelevant because CSU had the most fun.

The referees mistakenly gave Air Force the win in the record book. Mike Bobo said he is pleased with the victory, but disappointed that the Mountain West Conference gave them the loss on paper.

“For some reason the refs recorded the outcome of the game wrong,” Bobo said. “Probably just a little mistake — they were probably only looking at the score. I’ll talk to them.”

Quarterback Nick Stevens said it wasn’t about winning for him, he just wanted to play some football.

“Yea it was a pretty great game.” Stevens said. “I did some tailgating beforehand and then got to go play some ball with my buds. The other team looked like they were having fun too, which is nice.”

Saturday’s game was also great for the fans.

Fresh off the victory against Air Force, Stevens still understands that there is room for improvement.

“Our offense scored enough points, but I wish the defense scored some,” Stevens said. “And at one point I think I was passing to the other team, but they seemed to enjoy it.”

Bobo remains confident in his coaching ability. He said some coaches only care about building a successful program, whereas for him, it’s about having a good time.

“Even though Air Force started scoring so many touchdowns, I didn’t want to change up our strategy because they all looked like they were having fun,” Bobo said.