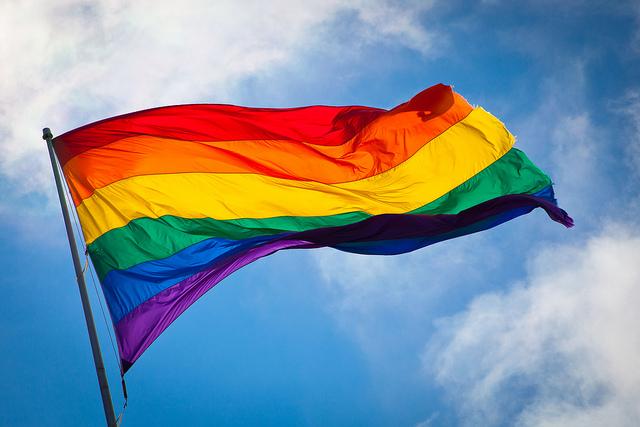 The rainbow flag, a symbol of LGBTQ pride, waving in the wind

Trying to change a person’s sexuality is a human rights abuse, and Colorado needs to step up and recognize that.

Conversion therapy is a practice primarily espoused by some branches of fundamental Christianity, that has been outlawed for minors in some states and regarded as an inhumane pseudoscience for decades. Yet, somehow, Westminster became the first Colorado city to officially condemn the practice just last week .

This news was surprising, because conversion therapy, the act of trying to make a person heterosexual, has been ethically questioned in scientific journals since the 90s and is widely regarded as a dangerous and unethical practice.

The process of conversion therapy has in the past involved castration, electroshock therapy, and institutionalization. It currently consists of behavioral and cognitive therapy, which can include inducing adverse reactions to homoerotic imagery and associating the idea of any sexuality that isn’t heterosexual as shameful. It can even include conditioning a person to feel physically ill in response to homoerotic imagery.

The American Psychiatric Association, the American Academy of Child Adolescent Psychiatry, the American Academy of Pediatrics, the American Medical Association, the World Health Organization and many other major psychiatric institutions have found absolutely no scientific basis for this kind of so-called therapy, and all have strongly discouraged the practice. But it isn’t too surprising that the same group that espouses this belief also tends to reject strong science of any other nature, including vaccines, climate change, and evolution.

Sexuality is a continuum. We have a scientific understanding of that now. There is nothing abnormal about being anywhere on that continuum. Conversion therapy has absolutely no place in modern society, and even the Human Rights Campaign has called the process a human rights violation.

So why has only one city in Colorado officially decried the process, and why did they only do it last week?

Colorado progressives have been trying to pass legislation against the process for years, according to a statement a joint statement from the Jefferson County Democrats LGBTQ+ Caucus and OneColorado. But it was always stopped by opponents before it could reach a vote.

“The Jefferson County Democrats LGBTQ+ Caucus decided action on a local level was pivotal,” said Brianna Titone, Secretary/Treasurer for the Jefferson County Democrats LGBTQ+ Caucus in the statement. “It is important that the people of Colorado know that this dangerous practice is happening in our state and follow the lead of 9 states and Washington, DC that have similar bans in addition to dozens of cities across America. Colorado needs to stand on the right side of history, and today, Westminster did just that.”

Titone is right. Our country, on a local and national level, is politically deadlocked. We’re stopping harmful laws from getting passed, like the Graham-Cassidy Healthcare Act, but we’re also not passing good, helpful laws either. Not at the national or state level.

In times like this, communities need to take action.

Fort Collins should follow the example set by Westminster and take a stand against conversion therapy. In order to be a truly welcome environment to people of all sexual orientations, and to recognize officially that there is nothing wrong or abnormal about not being heterosexual, Fort Collins needs to show that it is a community that listens to facts and does not pander to a hateful minority. It needs to come out against conversion therapy at the next City Council meeting.

In this current political climate, local actions can mean a lot to constituents. Fort Collins needs to do the right thing by the people who live here, and stand with Westminster in officially disavowing conversion therapy.