Fredrickson: America is failing its children by not renewing CHIP 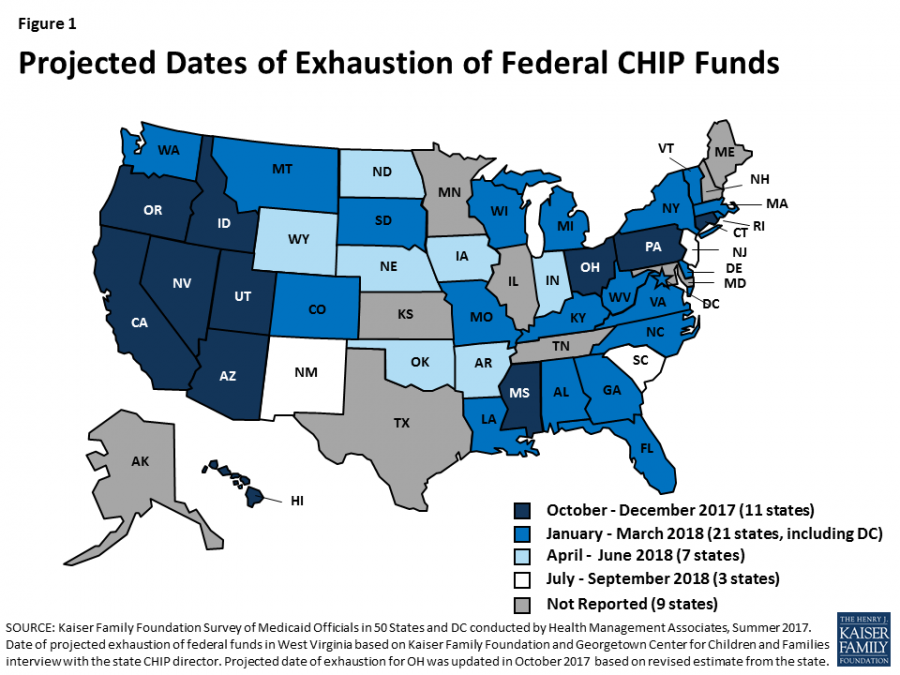 For being the ‘anti-abortion’ party, Republicans are not doing much to protect children.

Their latest offense has come from the failure to fund the Children’s Health Insurance Program (CHIP). CHIP offers insurance for kids up to the age of 19 who are uninsured, but do not qualify for Medicaid. It also covers pregnant women in the same situation. In Colorado, there are 75,000 children and 800 pregnant women on CHIP insurance.

In order to keep this program in effect, CHIP funding must be reauthorized by Congress. Every Congress has successfully reauthorized CHIP since the program was funded in 1997, only cutting it this close once. But not this year.

On CHIP’s 20th anniversary, the Republican-controlled Congress missed the deadline to reauthorize funding for CHIP. This means that, unless they can come to a deal to fund it, almost 9 million children and 370,000 pregnant women across the country will suddenly be without health insurance by the end of the year, or by next summer at the very latest. Some states will even run out by the end of the month.

Colorado’s Department of Healthcare Policy and Financing issued a statement imploring action to save CHIP, which is known as CHP+ in Colorado. Funds are estimated to run out by the end of January.

We cannot sit idly by and let this happen. Everybody who cares about the welfare of children—which hopefully includes people from both sides of the aisle—should be calling their Senators and Representatives right now and urging them to schedule a vote.

The Senate Finance Committee did come together in mid-September to form a bipartisan reauthorization bill, but it has not gone to the floor for a vote yet. This bill does not outline any funding mechanisms for CHIP, either. A similar bill came from the House Energy and Commerce Committee and was set to go to vote this week, but after strong Democratic opposition to where the financing would come from – out of Medicare and Affordable Care Act programs – the committee returned to the negotiating table in order to get a more bipartisan bill.

But they are almost out of time to renegotiate. If they don’t reach a deal by the end of the week, they won’t be in session to discuss it again until Oct. 23. That is cutting it very close for those states that will be out of money for the program before the end of the year.

“We are disappointed Congress did not act by the September 30 deadline to continue federal funding for CHIP.  Colorado CHP+ members need to know they still have coverage until the federal funds run out at the end of January,” said Dr. Susan E. Birch, executive director of the Department of Health Care Policy and Financing, in the statement. “Congress can still act in the coming months.”

CHIP is funded with mostly federal dollars, though states contribute some to the cost. The most states can do once the federal funding dries up is use unspent federal funds to carry through in the hopes that Congress will extend the program soon. It’s all up to Congress right now, which means it’s important to put the pressure on our legislators to pass a bill that will extend CHIP coverage without cutting from other needy people.

While gridlock is a bipartisan problem, the blame for this instability lies primarily with the Republicans. The main reason they missed the deadline for a vote was because of the last-ditch efforts to push the Graham-Cassidy bill through.

Hillary Clinton was First Lady when CHIP was passed originally. It came after Bill Clinton failed to fully reform healthcare. It was bipartisan in its foundation, and Hillary Clinton was a champion of the project. It was passed, and reauthorized every year since, because it protects a very vulnerable group.

CHIP has been protecting children for twenty years and it needs to be reauthorized. We’re running out of time to do it – by the end of the year, as many as ten states and Washington, DC could be out of funding. Senators and Representatives need to take action to keep CHIP alive, and they need to do it right now.

It’s too easy to sit back and think that because this is happening in Congress, we can’t do anything about it. Changes happen when constituents pressure representatives. Call Cory Gardner and Jared Polis and voice your support for CHIP.

As Hillary Clinton said, “The test of any society is how it treats its children. We cannot allow millions of kids to lose access to basic healthcare.”