McWilliams: CSU and national leadership are failing in times of crisis 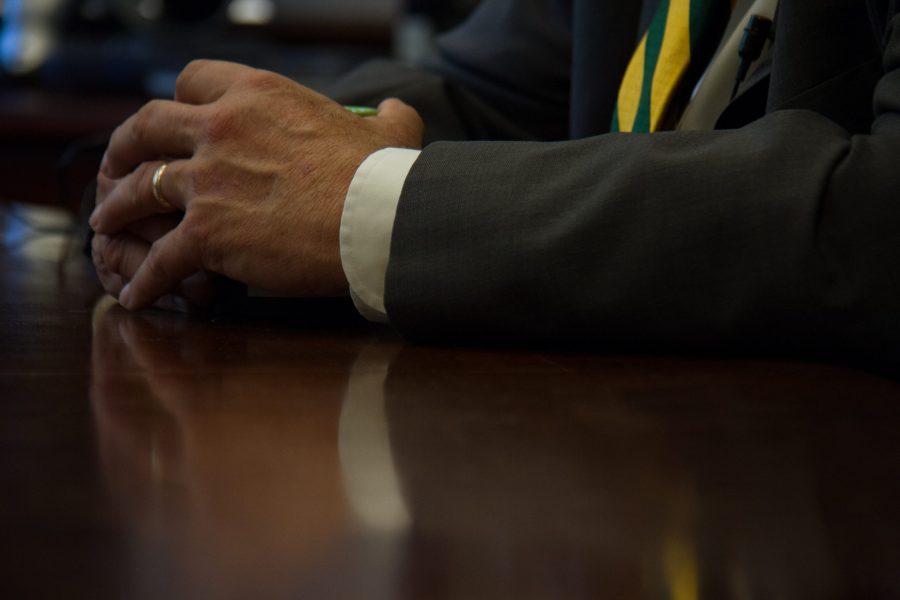 People in power seem to forget that with great power comes great responsibility. Being in a place of power or celebrity status comes with the responsibility of leading, but also following the example of what is being asked. A leader cannot be respected if they do not do as they say they will, and do the right thing for the people.

Doing the right thing should be the top priority among leaders, and so often it does not seem like the case. It seems they care more about fulfilling their egos and maintaining a certain persona for the public eye to see, rather than actually benefitting the people they’re leading.

Though President Trump has done his job of physically going to help the people of Houston, he is still not doing enough. Proclaiming a national day of prayer is just as useful as trying to soak up the hurricane with a dishrag, and he only created it to keep a pro-religious game face. Instead of continuing to use our resources to help hurricane victims, Trump believes now is the time to try to dismantle DACA. Instead of pushing for the wellbeing of our fellow Americans who are suffering because of the Hurricane, Trump is using our government’s resources on something that will divide America more.

One could say that Trump is using his own money and resources to help Houston, but he actually hasn’t made any donations yet. On Thursday, Sarah Huckabee Sanders stated the president would donate $1 million from his personal fortune, but he has yet to follow through on this pledge.

Here at Colorado State University, our own president is not doing enough to ensure the wellbeing of our community as a whole. On August 19, a paper noose was found in one of the residence halls on campus and it was speculated to have been a hate crime targeted at a black RA in the residence hall. The next day, President Tony Frank and Vice President of Student Affairs Blanche Hughes denounced the act through an all-hall meeting.

From there, it took President Frank almost two weeks to make a public announcement about what happened, only after the event received so much publicity from the Collegian’s story and the video that was posted on Facebook. Resident Life is working on promoting the University’s newly adopted principles of community. Administration should have done more to find the suspect and also condemn these kinds of displays.

The noose wasn’t addressed for so long because of public relations purposes. The university wanted to keep it quiet because people wouldn’t want to come to CSU if it seemed like it was a place of discrimination. Instead of owning up to the problem and putting resources into preventing future issues, the University tried to keep in hushed, and only when they were unsuccessful did they address it further.

People in power need to set aside their egos and public relations goals. Leadership needs to put the people they effect over the organization’s need to save face, both nationally and here at home.