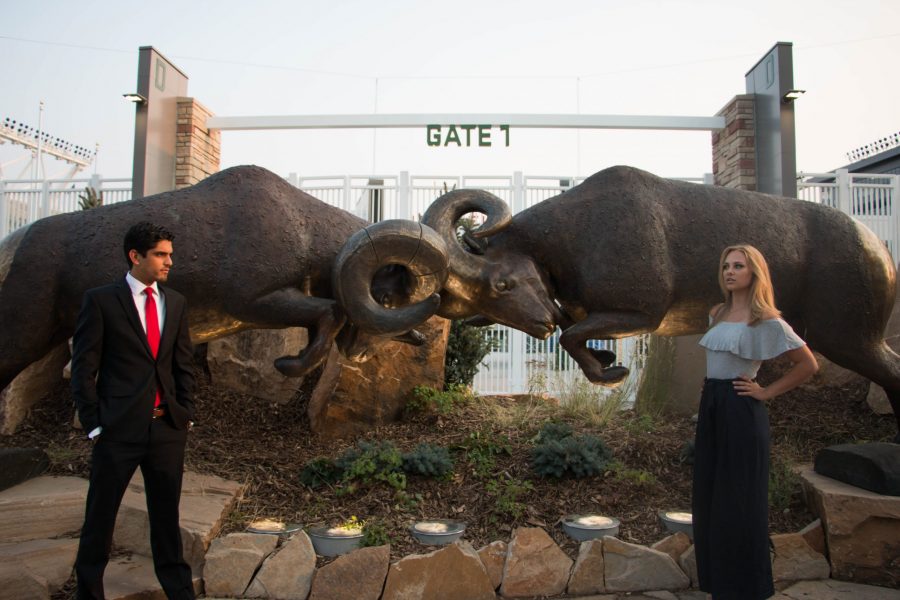 I am incredibly excited to announce a new Rocky Mountain Student Media (RMSMC) collaborative project that will bring new perspective to Colorado State University. As of this semester, CTV and the Collegian have partnered to bring our campus community a student run political debate show, properly titled, “Clash of Rams.”

The goal of “Clash of Rams” is to provide an outlet where individuals with differing political opinions debate and discuss pressing issues. In the current political climate, it is important to be able to discuss politics without inciting hate. Co-hosts will debate a current issue and discuss agreeable solutions to said problems.

My name is Allec Brust, I am the opinion editor at the Collegian. My involvement in student media and my work field managing for Grassroots Campaigns has made me an undeniable politics junkie. Part of my work as an editor for the opinion desk is to spark conversation in the community, and I

believe wholeheartedly in discussion based learning. My co-host, Juan Caro, and I have worked diligently on bringing our University this program, and I hope our passion for politics shines and provides perspective for our audience. I will be providing the more liberal perspective on “Clash of Rams.”

My co-host, Juan Caro, is currently the president of the campus Conservative Interest Group. Juan is a very active political voice at CSU and in the Fort Collins community. You may know him as the famous builder of the ‘free speech walls’ that appeared on campus during election season. He has worked on multiple campaigns including Donald Trumps Colorado youth campaign, and the campaign to elect Darryl Glenn. He will be providing the conservative side of the debate.

Stuart Smith, anchor and producer for CTV, will act as the moderator of “Clash of Rams.” Stuart, Juan and I have very high expectations for “Clash of Rams,” and we know it will be just as entertaining as it will be educational.

I look forward to sparking the conversation, CSU. Tune in the second Monday every month on channel 11 and every other Friday at Collegian.com.

Collegian editor Allec Brust can be reached at letters@collegian.com or online @allecbrust.