Willson: Trumps transgender military ban is nothing but a baseless tweet 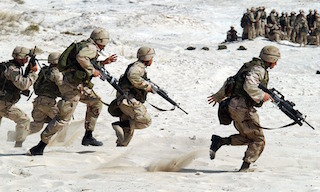 On July 26th, Trump announced via Twitter that transgender individuals will no longer be permitted to serve in the U.S. military “in any capacity.”

While Trump claimed that his decision was made after consulting “Generals and military experts,” this seems to be untrue. Secretary of Defense James Mattis was out of the country when the viral announcement was made, and Army Chief of Staff Mark Milley was not even aware of the decision until he heard about it in a news report.

Upon closer inspection, Trump’s decision is nothing but a thinly veiled act of discrimination against an already marginalized demographic. Fortunately, at the moment it is only a tweet; no official legislation has been passed. However, if this ban is indeed upheld, thousands of transgender persons will become further financially, medically, and socially compromised.

Trump asserted that the military ban on transgender individuals was due to the “tremendous medical costs and disruption” that they would create. This is completely unfounded. A RAND Corporation study found that transgender-related healthcare expenses would cost the military $2.4-8.4 million annually. At most, that amounts to a mere 0.017% of the Defense Department’s yearly expenditures (based on 2014’s $49.3 billion).

As for Trump’s claim that transgender individuals are a “disruption” in military readiness, it is important to consider that the RAND study also determined “less than 0.1 percent of the total force would seek transition-related care that could disrupt their ability to deploy.” Transgender persons are clearly not joining the military to receive hormone treatments or gender reassignment surgery. They are joining because they want to serve their beloved country.

So Trump’s two sole “reasons”—medical costs and “disruption”—for the ban are moot, if not entirely baseless. What, then, does this mean for the transgender persons currently serving?

Currently, the U.S. military is believed to be the largest employer of transgender persons in the world. A 2014 estimate by a nonpartisan national commission placed the number of employed at 15,500, with between 1,320 and 6,630 transgender service members in active duty military. Since the Obama administration lifted the military ban on transgender individuals in 2016, that number has most likely risen.

It’s difficult for transgender persons to find and keep jobs in other fields due to issues like harassment, employer discrimination, and insecure housing. Hence, having the ability to serve in the military is not only a privilege but a financial necessity for many transgender individuals.

Furthermore, if the Trump Administration continues on its current trajectory, it’s fair to assume that policies similar to the era of “Don’t ask, don’t tell” may be reinstated. If this happens, current transgender military members will be labeled “mentally unfit for service” and forced to discharge.

This type of dismissal does not provide former employees with any benefits, meaning they will not have access to VA hospitals. So not only will transgender persons be struggling financially, but medical issues may go untreated too.

Finally, the social stigma against transgender individuals may be worsened by Trump’s bigoted decision. If certain people are deemed unfit and unworthy of serving our country, why should they be deemed fit and worthy of things like education, employment, or respect? (Let it be known that I certainly do not hold such a view myself, but radical Trump supporters might.)

Here in Colorado, we are fortunate enough to have tolerant communities and laws that support nondiscriminatory practices. Just recently, our state passed an act which bars job discrimination based on, among other things, sexual orientation and sexual identity.

More locally, on the CSU campus, tolerant practices towards transgender individuals are embodied in numerous ways, from the school’s 60+ gender-neutral restrooms to its Pride Resource Center. (Due to the politically charged nature of the military ban, the PRC respectfully declined to comment.)

Unfortunately, as Trump’s recent tweets so prove, the progressive and inclusive actions of our state are not echoed in all American minds. Only time will tell if the blindsided Department of Defense will uphold his decree. Until then, supporters of the LGBTQ community will continue to protest and shout their opposition to the ban. They certainly have every right to do so.