Brust: The modern collegiate journalist will bring integrity back to the mainstream media 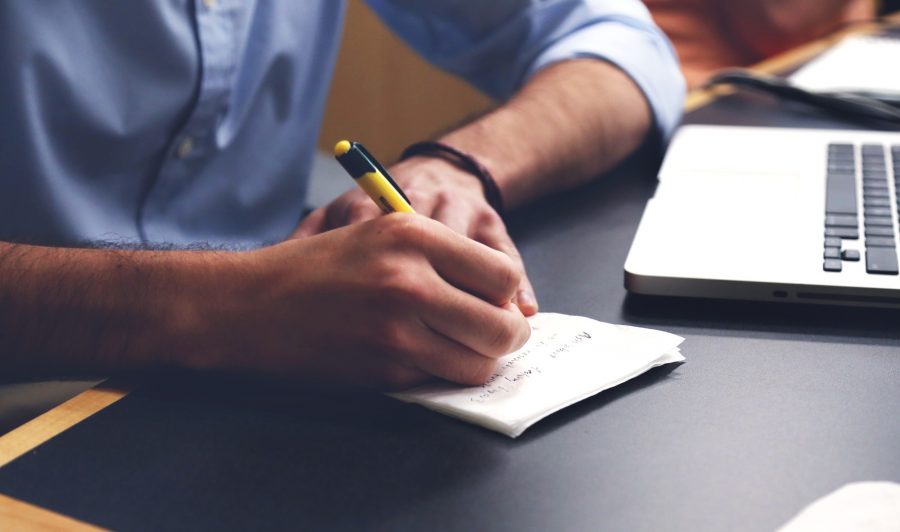 My colleague shared an editorial that was written by a former Washington Post reporter that encompassed every problem the modern journalist will come across. Interestingly enough, it also rationalizes the hate and responses we receive from the general public. The modern journalist has been painted as a monster with two faces and ‘fake news’ plastered on its forehead. My experience as a journalism student—during both a presidential election and an era of major media shifts—has been different than I anticipated. To be a budding member of this field while your President describes you as the “enemy of the American people” is a position in which I never imagined myself. However, I believe the young faces of journalism will be the ones to change this strange culture, and bring integrity back to the media.

In my experience as a collegiate journalist one thing has remained constant: The young journalist stays true to the ethical path. One lesson every aspiring journalist will remember are the four principles of ethical journalism: Seek the truth and report it, minimize harm, act independently, and be accountable and transparent. These principles are clearly being neglected by the modern media.

When I started my freshman year at Colorado State University, it was the perfect time to become a young journalist. It was not until my sophomore year that I heard the first mention of fake news. Fake news and agenda oriented propaganda are not new, but the election brought about a new culture where fake news was a daily motif. The Pew Research center found that the number of newspapers has declined by 100 since 2004 and that the number of professional statehouse reporters dropped 35 percent. With the shift in media culture came the shift in media education, and the election brought new topics to explore. The shift in curriculum in my classes was tangible, and this new definition of ‘fake news’ became part of mine and my classmates’ everyday education.

While prominent news stations stumbled in reaction to Donald Trump’s attitude towards “fake news,” we were in the classroom learning how to identify it. In one class, I had quizzes on how to determine whether news was fabricated or not. While the professionals were dealing with the situation, we had the benefit of being able to sit back and learn about what makes news so “fake” after all.

The culture in student media is even more odd than in the classroom. In my two years working for student media, the Collegian had been treated like any other news source, despite the education factor. Last year, the Colorado State University newsroom was not void of “fake news” allegations. Although odd, It is truly a privilege to experience media backlash from the comfort of the university, a comfort I’m sure college newspapers around the nation experience as well. We are not shielded from the public, but we get the benefit of learning alongside the ‘real world’ media.

This is why the college journalist will prosper. As we mature and assume our roles in the professional world, we will not encourage the current culture because we experienced the drift into fake news. We are being educated on it, and will understand its effects. It would be ideal if our President supported young journalists, but fortunately, support from the President is not the goal. The goal is to uphold our ethics, and bring the news to the public. We are learning everyday knowing our first goal is to seek the truth and report it– not report, and try to find the truth along the way.

Opinion editor Allec Brust can be reached at letters@collegian.com or online @allecbrust.