Brust: Fight white supremacists with your free speech instead of restricting others 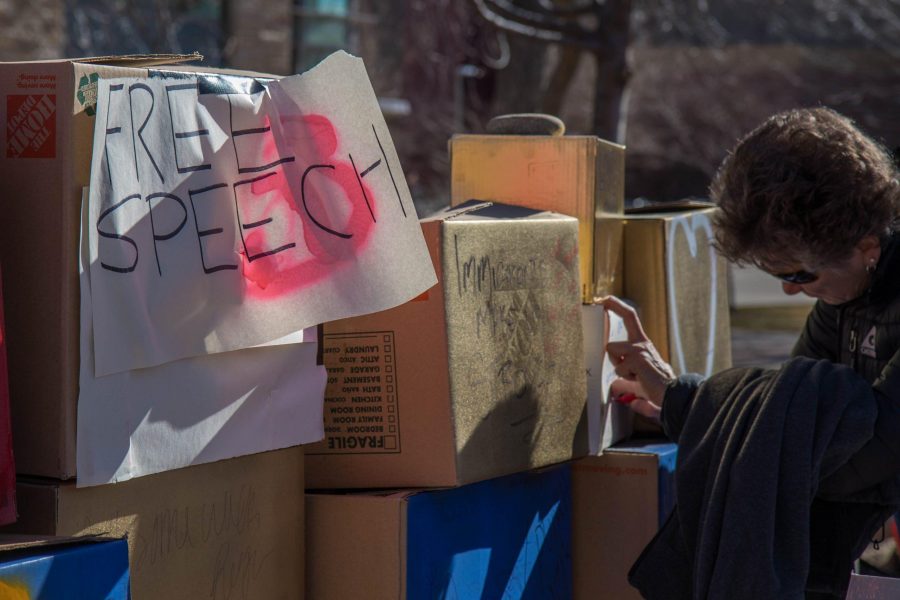 The display in Charlottesville was not a protest, it was a race riot. The rally initially was a gathering of various alt-right groups to oppose the removal of confederate statues. Protesters gathered in emancipation park and were met by counter protesters from various leftist groups. Although white supremacist groups and anti-fascist (antifa) groups were both involved in the violence, there is no denying the purpose of the rally was to promote inequality by pro-white organizations.

Unfortunately, the response to the violence and murder perpetrated during these events was equally as destructive. A media heyday has erupted as lawmakers and political leaders jump to comment on the topic in the most constructive way without dismissing leftist groups. The left and right have showed distain for the situation and acknowledged the violence and loss of life. However, it seems no universal consensus can be made on exactly how to handle racial tensions that have surfaced as a result of the Charlottesville events. The social impact of this rally has posed too many questions to form a general consensus.

The Charlottesville rally highlights two very controversial and subjective topics: What is free speech, and when is it no longer considered free speech?

Pursuing new policies regarding hateful expression would seem like the correct route to ensure this does not happen again, but unfortunately, the only way to eradicate white supremacism, is to use the same right they used to spread bigotry.

Free speech has been at the epicenter of political commentary since the 2016 election. On college campuses, the topic has been affecting the lives of students. At Colorado State University, free speech zones were abolished in 2016 under senate bill 62. Groups like LGBTQQA have tried to enforce inclusive language on campus. On multiple levels, CSU has discussed what free speech is and how we should control it so that language does not harm students and make them feel unsafe.

It is important to note that certain language can be condemned by municipalities as “fighting words” if their utterance inflicts injury or tends to incite violence. Of course, stating you will harm someone (fighting words) does not fall in the category of free speech because it is associated with violent action. Getting hurt feelings is a choice. The government cannot, and should not restrict any type of speech, because it takes power from Americans that can easily be manipulated by the government.

The American Civil Liberties Union commented on the rallies with a tweet, “If the government gets to decide which speech is hate speech, the powers that be may later feel free to censor any speech they don’t like. Restricting any group or individual’s speech jeopardizes everyone’s rights. The same laws used to silence bigots can be used to silence you.”

Hate speech is protected under the first amendment, so the only thing we can do to fight white supremacy is speak out against it. As long as you do not infringe upon the rights of others or violate a contract with your language, anybody can say what they please, no matter how bigoted it may be. Right now, this may seem like an abhorrent injustice. However, if we limit free speechof white supremacists, the entirety of America is at risk. But, if we do not stand out against white supremacy, the group may feel welcome to display acts of hate publicly moving forward, so something must be done. Limiting free speech is not an option.

However, the Charlottesville protest resulted in the death of an innocent civilian. This is an issue with violence and division, not speech. Before counter protesters from anti-fa arrived, no violence occurred. It is the polarization of liberal and conservative ideas that drove us to side with the group that serves our partisan affiliation and justify violence if it furthers our individual goals. It is not an issue with the left and the right, it is not an issue with the limits of speech, the issue is condoning violence if it suits your needs.

The only way to condemn white supremacy  is to condemn violent groups as a whole. Yes, liberals, that means we must also condemn the actions of anti-fa. Anti-fa may not be responsible for years of oppression, but that does not dismiss them as wholesome. Anti-fa destroys property, and promotes violence against conservative speakers on college campuses. It is not a pick and choose game – condemn all violence.

Our founding fathers told us that factions were a regrettable choice. However, we have gone beyond factions and ventured into a polarized society where violence is a factor in getting what we want. So, we must move forward and fight vile speech with educated free speech. To impose restraints on hate groups is to restrain yourself. Also, perpetrating violence against what you hate means it’s okay for others to do the same.

At the end of the day, you cannot fight fire with fire. However, you can fight ignorant speech with your freedom of speech, and that is the beauty of democracy.

Opinion Editor Allec Brust can be reached at letters@collegian.com or online @allecbrust.