Head to Head: It is hypocritical for Charlotte Pride to deny the participation of Trump supporters. 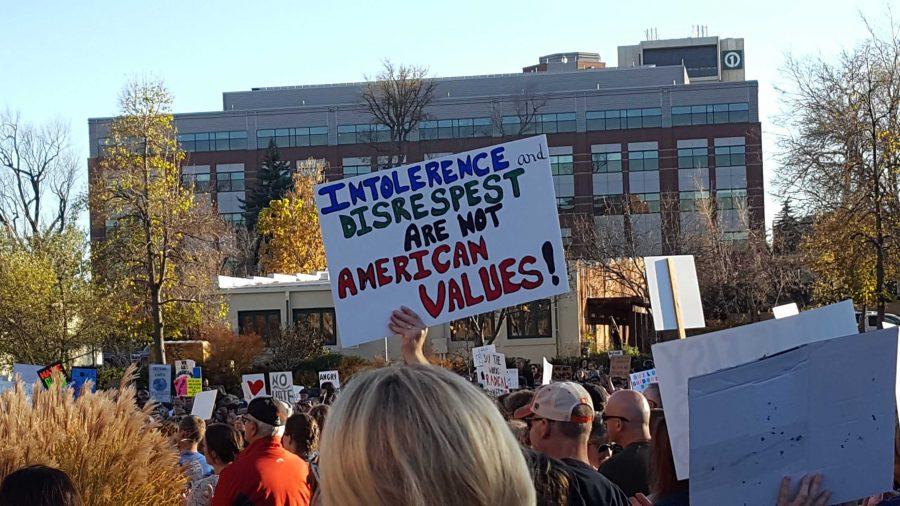 This is a “Head to Head” column. Read the opposing viewpoint here.

The issues surrounding this years’ Charlotte, NC pride parade signal a step backward in the fight for tolerance, which is usually the prime goal of the annual celebration.

For those who don’t know, here’s the issue. Deplorablepride.org, a Trump supporting LGBTQ group, has been denied the entry of their float into the communities’ annual parade in Charlotte. Derek Van Cleve, the groups’ founder, has called for a boycott of the event and its sponsors.

This occurrence brings up an important discussion: How can a group and event that has centered its message on inclusion and equality, display exclusion? Since the first pride parade took place in New York, commemorating a police raid at the Stonewall Inn the year prior, it has been focused on embracing a diverse community and allowing marginalized voices to be heard.

Excluding any group is hypocritical of the message Pride is supposed to embody.

The freedom of speech that we all tout as such a mighty principle is repeatedly disregarded in the presence of a contrary voice. Much like the series of violent protests at UC Berkeley, prompted by the scheduling and cancellation of several right wing speakers, we have a group raising banners for equality and the freedom to express their values while simultaneously using their free hand to stifle any opinions that differ.

When any group works actively to reduce the voice of those they disagree with, or even consider “deplorable,” we can only continue to hinder the social progress that so many people claim to desire. It is far too easy to focus on the things that make us different from one another and use that to force a wedge between groups of varying beliefs, the things that lend us commonality are where we need to begin.

An eye for an eye has always been a foolhardy approach, still we insist on cutting new cultural wounds as we work to heal old scars.

Our history as Americans is rife with wrongs and widespread societal failings. Repeatedly, this has led to those who are oppressed, marginalized, or otherwise abused to rise up and force the social change that must be had. If we had the good sense to foster a community of acceptance at every stage, rather than simply moving on to the next societal blunder, the vast majority of our struggles as a nation could be readily avoided.

Of course, there will always be radicals, those who seek to prove their superiority at the expense of whomever they deem vulnerable or less worthy of a voice. I would assert that a population who’s majority truly values diversity and equality as ideals would reject hateful rhetoric rather than subduing to fear and hatred for others.

Tyler Weston can be reached at letters@collegian.com