Brust: Opting out of the Paris Agreement shows failure in U.S. leadership 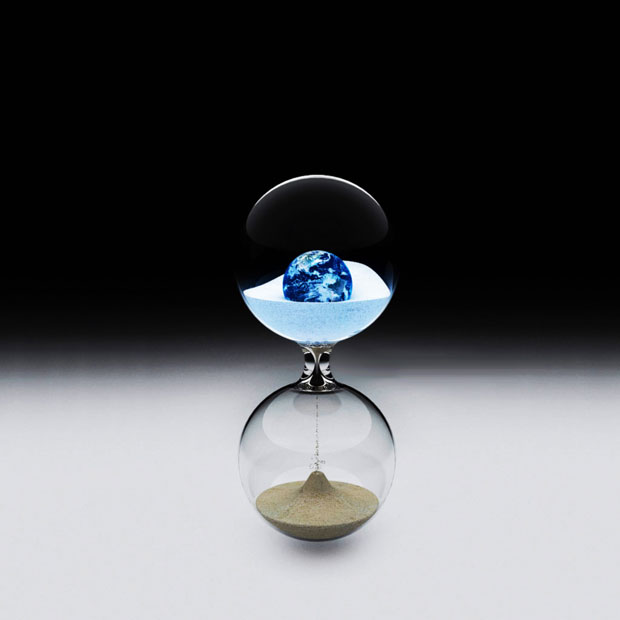 As a global power, the U.S. has been unipolar since the Cold war. We are the singular country that sets an example for all others. We have proven to be a stand alone powerhouse in all things social, military and economic. We have made our mark, but we have a President who fails to act on the growing global issue of climate change. Our leader’s denial of climate change will be our downfall as a country. Trump has once again manipulated the public into believing the Paris Agreement would be detrimental to the U.S., with no reason to do so. Our republican politicians are appealing to the masses by targeting China, preaching that the accord is unfair and will stunt American job growth.

We have taken the first step down the ladder from our beloved place as a city on the hill- we are losing our polarity due to blatant incompetence and gaps in logic from our own president.

A brief synopsis of the Paris agreement: Ultimately, make the planet a better place through a system of “nationally determined contributions.” The three main goals are as described:

Holding the increase in the global average temperature to well below 2 °C above pre-industrial levels and to pursue efforts to limit the temperature increase to 1.5 °C above pre-industrial levels, recognizing that this would significantly reduce the risks and impacts of climate change;Increasing the ability to adapt to the adverse impacts of climate change and foster climate resilience and low greenhouse gas emissions development, in a manner that does not threaten food production; Making finance flows consistent with a pathway towards low greenhouse gas emissions and climate-resilient development.

Trump has taken a very illogical approach to looking at these issues because he favors a national approach while Climate Change is a global issue. Our President is a Jacksonian republican who wants a nationalized economy and a small government. It is expected that Trump would not agree with a globalist, regulated agenda to end climate change.

But, climate change is not only a United States issue, and should be dealt with on an international scale. Trump leans on the idea that China and India will be stealing our coal jobs and benefit more from the agreement due to lowered financial contribution. However, this is false and simply a means of manipulation through political rhetoric. The United States puts out the most carbon emissions, several times more than India or China. Also, solar energy already employs twice as many workers than coal jobs, so our economy will adapt to job changes, not job loss. The United States has a different industrial culture, and our affinity to the high life results in major pollution and energy consumption- something India and China have no means to. It is simply not feasible for these countries, and placing blame on them is another fear-mongering attempt from Trump.

One could argue that an approach to a ‘cookie cutter’ universal climate action program such as the Paris agreement would never work due to over-regulation and financial burden. However, the plan is not cookie cutter. Different countries have different requirements within the agreement. Developed countries are expected to take a leadership role with the understanding that these countries have the means to undertake absolute economy wide reduction targets while developing countries will focus on mitigation efforts. Big government interference is incredibly important to ensuring cohesive activity from the UN and all parties involved depending on their development status. Developing countries cannot be held to the same standard as developed countries.

Trump also leans on the argument that climate change should be dealt with privately. However, we cannot rely on the private sector to end Climate Change. It is possible for national and international efforts to coexist. The agreement even recognizes the role of non-party stakeholders in addressing climate change. According to UNFCCC, this includes cities, other sub-national authorities, civil society, the private sector and others. A global Climate Change plan can work hand-in-hand with stakeholders to ensure more prosperous change. The ‘financial burden’ of global angle republicans are shoving down our throats are only a grotesque display of national capitalism over environmentalism.

We have failed to uphold our duties as the unipolar world power. We failed to take on a leadership role and this will cost us, and the rest of the world. Our president is not a man of logic, rather of power and manipulation. We are a powerhouse, and the largest contributor to carbon emissions. Without us, the agreement may never even reach the perceived future goals because we fail to recognize our impact.

We must enforce climate neutrality across borders. This is not a United States issue; this is a world issue. Emissions were expected to skyrocket without the agreement and we cannot ignore it. We are no longer the city on the hill– we are slowly losing our power due to failed leadership. No, we will not lose millions of jobs. No, China will not have to ‘do nothing’ until 2030, and no, we cannot rely on the private sector to clean up the entire country. We are failing ourselves, our allies, and the planet. The failed logic of the president is an embarrassment to the world.

Opinion Editor Allec Brust can be reached at letters@collegian.com or online at @allecbrust.