Weston: The Syrian bombing was not surprising 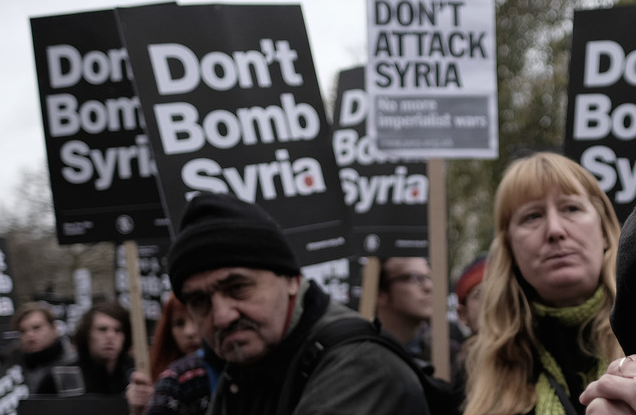 By now, most are aware of the missile attacks in Syria in response to chemical weapon use in the area. This chemical attack is believed to have been carried out by the Assad regime, which the U.S. has opposed for some time. I am not concerned with the goals of the attack; I am concerned about the public outcry and shock from the situation.

Syria as a nation has been in constant turmoil since gaining its freedom from Ottoman rule at the conclusion of World War 1. They’ve cycled through various governments and political climates over the past century. While the influence of European Imperialism has clearly taken its toll on this relatively young country, land disputes and ideological differences have caused violence in the region for far longer.

The current issues in Syria began in 2011 with the onset of civil war. The U.S. government at that time took up with the Syrian rebels, providing non-lethal assistance. What began as food and trucks quickly grew into providing training for Syrian Opposition forces along with cash and intelligence sharing. We’ve been dropping bombs in Syria since 2014, when President Obama asked for permission to provide greater assistance to those same rebel forces in the fight against ISIL. In his speech, the president reinforced our government’s stance against the Syrian leadership stating, “We cannot rely on an Assad regime that terrorizes its own people.” This has long been the rationale for our involvement and alignments in Syria.

As a nation, we’ve been invested in the Syrian Civil War from the get go, I don’t care if we trained and armed the rebel forces for the fight against Assad or the fight against ISIL. With Syrian army forces steadily regaining control of the regions that had been taken by rebel forces, our government is being pushed toward a choice it doesn’t want to make. Do we cut our losses and admit that our involvement in Syria was perhaps a bit egocentric and foolhardy, or do we make a more concerted effort to will our side to victory? Cue the bombs.

I do not buy President Trump’s assertion that this was to “help children.” After all, those are the same children who aren’t allowed to come here. The problem is we’re too invested in the problem to cut and run, and we can’t justify sending supplies and funds to rebuild a nation we’ve helped destroy while Assad is still in power. We have a responsibility to uphold international law as a country with powerful influence.

Blame can be pointed in many different directions. Who’s to blame is just our society looking for a scapegoat. We as voters never pushed the button to drop the bomb, but we’ve elected the leaders who continue to lead us into ugly international situations. We’ve created the perfect conditions across the Middle East for anti-U.S. sentiments, primarily by bombing the piss out of nearly everyone. We then used that same sentiment as an excuse to continue the bombings. The voting public supported these events.

Regardless of how we as individuals feel about this, we as a nation are far from finished meddling in Middle Eastern affairs. Whether this latest volley of explosions is a sign of all-out war in the Middle East, World War 3 or just business as usual for the world’s leading exporter of armed explosives is yet to be seen. This particular missile attack should not have been surprising.

I can say this with certainty, all my old military buddies are about as excited as I’ve ever seen them and for the sake of our future. That terrifies me.

Tyler Weston can be reached at letters@collegian.com