McWilliams: Anti-abortion display on campus misses the meaning of feminism 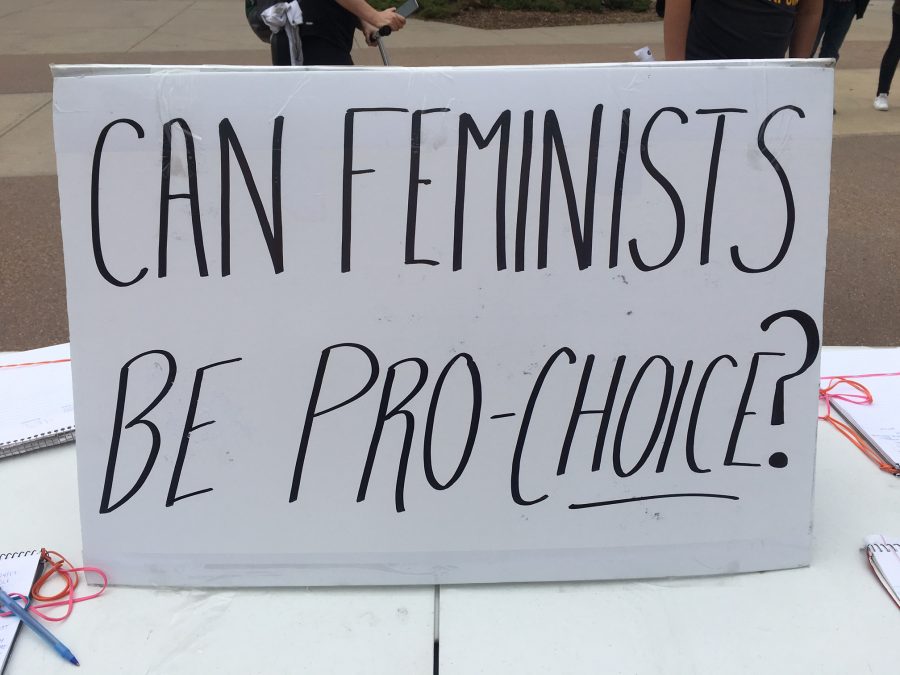 Editor’s Note: This column has been updated to correct the usage of the phrase anti-abortion to mean pro-choice after a mistake in copy occurred. The below column has been corrected with the author’s intent in mind.

Starting April 24th, twelve-foot tall images of unborn fetuses and symbols of feminism were erected on Colorado State University’s plaza. One sign with a fetus sitting in the center of the Venus symbol, read “Feminism cannot survive over my dead body,” implying that feminism can’t exist within a pro-choice society. I completely disagree with this statement, and the display on the campus as a whole.

The definition of feminism is, “the advocacy of women’s rights on the basis of the equality of the sexes.” Part of this is the woman’s right to her own body, and to make those decisions for herself. Saying that women who are pro-choice aren’t feminists is incorrect, because they are the ones advocating for women to choose what happens to their own bodies. It doesn’t matter if a feminist is personally against abortion or pro-choice, just as long as women as a whole have the option to terminate a pregnancy if she feels she needs to.

I am a firm believer in the phrase ‘my body, my choice,’ which was seen many times on the free speech boards sitting right next to the display. That statement does not equal ‘everyone should get an abortion,’ which is what seems to be a common misinterpretation. ‘My body, my choice’ means that a person can do what they want to their body. If they’re pregnant, they have the choice to have an abortion or to keep the baby.

I would be more sympathetic to the anti-abortion argument if a couple of factors changed. First, most of the people advocating against abortion are against free health care and providing welfare to those who need it. It seems that a lot of effort is put into making sure the baby is born, but once that happens, it no longer becomes their responsibility. If a woman is being forced to have a baby, the people who took away her choice should be more open to the woman and the baby having the healthcare they need, regardless if they can afford it.

I understand that putting this display on a public campus is a prime example of free speech, just like the countless amounts of protests that have been held on campus. I also understand that the point of having these images is to spark a conversation. However, the images themselves are extremely graphic and could be triggering to some people. As well, they are shaming the potential women on CSU’s campus who have received abortions, unknowing of their situations or what the women went through.

Feminism is about equal rights. It is about women being able to make their own choices. Having a display on campus stating that women who are pro-choice aren’t feminists is wrong, because they are the ones advocating for women to choose what happens to their own bodies.

Editor’s Note: This column has been updated to correct the usage of the phrase anti-abortion to mean pro-choice after a mistake in copy occurred. The below column has been corrected with the author’s intent in mind.