Willson: NISP is something to give a dam(n) about 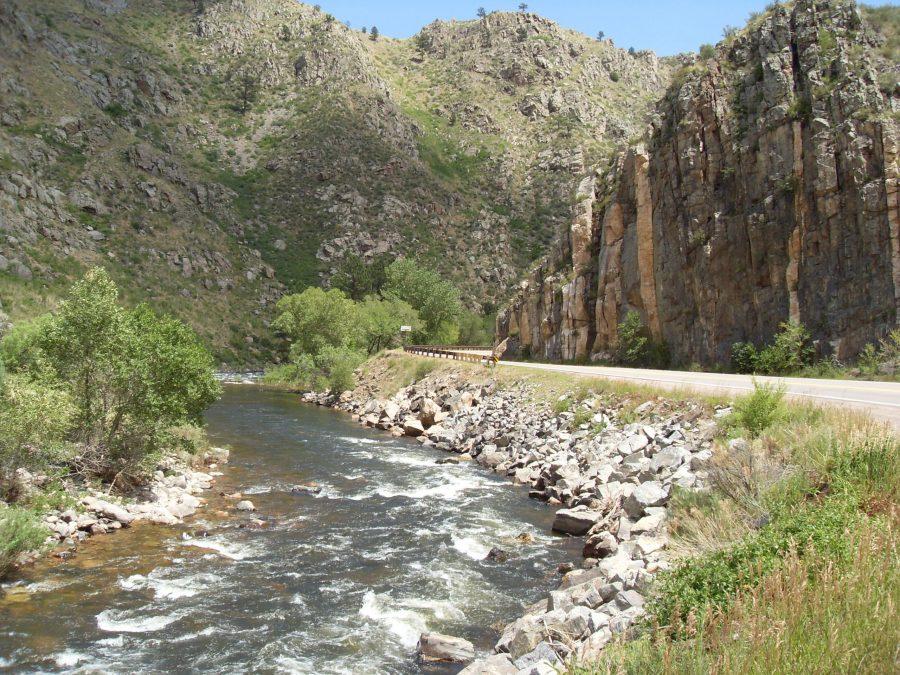 Correction: It has come to our attention that this column’s argument was based off faulty information. According to Brian Werner, communications and records department manager for Northern Water, the column erroneously states the project includes two reservoirs on the Poudre River; Northern Water moved the planned reservoirs off the river. The columnist also writes that Fort Collins taxpayers, including CSU students, would suffer substantial tax burdens from the construction and operation of NISP. According to Werner, CSU students won’t be faced with any tax burden related to NISP because the 15 NISP participants are paying for the project in its entirety. The City of Fort Collins is not a NISP participant, but the Fort Collins-Loveland Water District is. The customers of the District reside in parts of Fort Collins, Loveland, Timnath, Windsor and Larimer County.

If you live in Fort Collins and care about the environment, chances are you’ve heard of something called the Northern Integrated Supply Project (NISP). If you aren’t familiar, NISP is a proposed water storage and allocation project that, if approved, would result in the construction of two large dams on the Poudre River. Once constructed, NISP would supply 15 Northern Front Range providers with water (about 40,000 acre-feet per year, to be precise). However, since its initial proposal, NISP has elicited harsh opposition from a large number of individuals and institutions from seasoned scientists at Colorado State University to the United States Environmental Protection Agency.

It is important that locals understand what NISP is and how it will negatively affect life in Fort Collins. Before delving into all of the reasons why the passage of the NISP proposal should be prevented, a bit of background information should be provided.

NISP was proposed by the Northern Colorado Water Conservancy District (briefly referred to as Northern Water), a public agency that boasts its mission to “provide water resources management, project operations, and conservation services for project beneficiaries.” If approved, the project would result in the construction of two dams, one of which would be located northwest of the Fort Collins area. This dam would divert water from the Poudre River into Glade Reservoir. The other dam, Galeton, “would be located east of Ault and northeast of Greeley.” Seeing as how we live in Fort Collins and not Greeley (thank God) I will only be focusing on the deleterious effects of the former dam and reservoir and not the latter. That’s not to say that the construction of Galeton would be any less harmful, but I think focusing on Glade Reservoir is more relevant and also better demonstrates the negative effects NISP would have.

The construction of Glade Reservoir, which would receive its flow from the Poudre Valley Canal, poses a number of issues. In order for it to be built a large section of Highway 287 would be relocated to the east, placing it in a zone currently designated for agriculture. Not only is this land relatively pristine, but many farmers rely on this area for crop cultivation and financial well-being.

A coalition known as Save the Poudre has made it their mission to stop the passage and construction of the Northern Integrated Supply Project. The coalition asserts that the Poudre, which is already classified as an endangered river, would suffer more because of the construction of Glade Reservoir. Indeed, even without an additional source of water diversion, 60 percent of the river’s water is already used for agricultural, municipal and industrial purposes. With the added burden of the Glade Reservoir, another 35 percent of the flow would be diverged from its natural source.

Construction of Glade Reservoir would result in a number of destructive effects on everything from the environment to the economy to the city of Fort Collins itself.

In terms of environment, Glade would reduce peak flows of the Poudre River, which are necessary for important ecological processes such as removal of algae channels. It would also harm the habitat of native and often threatened species of fish, amphibians and plants. In particular, rainbow and brown trout would be further endangered. This is bad news for both the fish and fishermen. Furthermore, the impact of Glade on water levels would have such far-reaching effects that it could hurt downstream species located in places as distant as Nebraska. Glade Reservoir would also contribute to the emission of greenhouse gases, as high-energy consuming pumps would be necessary to transport water to the aquatic receptacle.

Not only would NISP hurt the environment, but it would damage the economy of Fort Collins too. The water distribution project would cost an estimated $600 million and, although Fort Collins is only a stakeholder and not a participant, city residents (a.k.a. you) would suffer substantial tax burdens from the operation. Fortunately Western Resource Advocates, a nonprofit environmental organization, has proposed an alternative to the construction of the reservoir which is less expensive, more eco-friendly and more solicitous to the agricultural sector.

Despite the alternative options that exist, one cannot ignore the strong possibility that the NISP proposal may still be approved. If this happens, the municipal well-being of Fort Collins will suffer in addition to its economy and environment.

NISP poses a number of issues for our town. The project would result in more expensive treatment of water, higher likelihood of water contamination and even an increased risk of flooding. Not only this, but NISP’s extraction of water from the Poudre would so severely impact water levels that it would hurt the local recreational industry by shortening the boating and fishing season. As mentioned earlier, the construction of the dam linked to Glendale Reservoir would require relocation of Highway 287 to the east in what is currently lush farmland. This pastoral space would become susceptible to industrialization because of the freeway’s presence. Along with urbanization, irrigated farmlands would be injured by increased salinization, ultimately harming the region’s agricultural sector.

It is true that the 15 hypothetical participants of the Northern Integrated Supply Project, which include cities such as Windsor and Fort Morgan, could profit from the water resources that the program would provide. While NISP possesses some good attributes—which really don’t extend far beyond providing a bit of extra water—it is clear that its deleterious environmental, economic and regional impacts clearly outweigh the purported perks. Additionally, as mentioned, there are alternative methods of water distribution that are more efficient, less expensive and, most importantly, safer for the environment and surrounding communities.

As recently as Feb. 16, members of Fort Collins city staff were considering negotiations with Northern Water to discuss what benefits for the city, if any, might result from approval of the agency’s project proposal. Save the Poudre representatives believe that by merely entering negotiations with Northern Water the city of Fort Collins is basically agreeing to the project. While this is technically untrue, the act of initiating dialogue with the agency can be seen as a slippery slope. When one begins discussing “mutual interests” with a contender, no matter how seemingly innocent, it can be seen as a sign of submission and may pave the way for future approval. Granted, nothing NISP is proposing can even potentially be implemented until 2018, when a decision of approval or rejection is expected to be issued.

In the meantime I think it’s important that Fort Collins residents educate themselves on the Northern Integrated Supply Project and the alternatives that exist. Then one must decide whether the high environmental, financial and municipal costs are really worth the minimal return: supplying other cities’ residents with a few extra gallons of water.

Lauren Willson can be reached at letters@collegian.com and online at @LaurenKealani