Willson: CrossFit is a bastardization of fitness 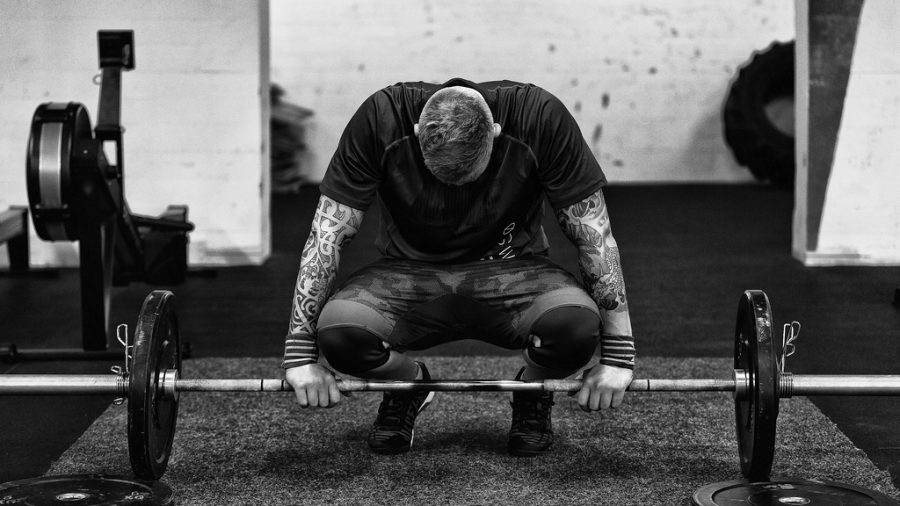 Since its initial 2001 gym opening, CrossFit has amassed an enormous following. As recently as 2015, the exercise program and fitness philosophy was reportedly being used in over 13,000 gyms, and between 2 and 4 million individuals identified as CrossFit affiliates. However, despite CrossFit’s popularity, many often neglect the sport’s illogical foundation, deleterious social dynamic, and altogether dangerous nature. CrossFit is by no means the first fitness fad to come with risks—there are diets that tell you to eat cotton balls for god’s sake—but the inherent hazards of this program seem to so greatly outnumber its benefits so much so that I question whether it can honestly be advertised as a fitness regimen.

According to its official website, CrossFit is an exercise program “designed to improve fitness and health” by using “constantly varied functional movements performed at high intensity.” The term “functional movements” refers to multi-planar, multi-joint actions that can improve one’s biomechanics in certain situations. Some FMs may be sports-specific, such as kicking a soccer ball or swinging a baseball bat, while others are more generalized, like running or performing a biceps curl.

The CrossFit program was developed by former gymnast Greg Glassman, and not only does the regimen incorporate elements of gymnastics, but it also emphasizes Olympic weightlifting movements (i.e. snatches, cleans, and jerks) and aerobics, primarily in the form of high-intensity interval training.

Adherents to CrossFit follow what is known as a Workout of the Day (WOD), posted every morning on the program’s website. Nation- and worldwide, thousands of individuals participate in these workouts, which are typically led by a certified CrossFit coach (certification requires little more than attendance at a 2-day course). Participants can also complete the workouts by themselves.

WODs vary greatly in the exercises they include; one day might consist of pull-ups and squat snatches, while the second entails nothing but 800m intervals of running, and the third a brutal circuit of deadlifts, wall-ball shots, rowing, and handstand push-ups. If these workouts seem to have no consistency or structure, that’s because they don’t. By its nature, CrossFit is designed to be “constantly varied,” so the body never becomes used to performing exercises in the exact same order.

I respect what Greg Glassman, CrossFit founder and former gymnast, was trying to accomplish with this. He was probably jumping on the antiquated idea of “muscle confusion,” which asserts that adding variety into your workout prevents stagnation in strength, power, and endurance. Unfortunately, muscle confusion has proven to be an ineffective method for such goals.

Instead, most experts (coaches, physical therapists, exercise scientists, etc.) implore athletes to utilize a method known as progressive overload, wherein stress (i.e. weight) placed on the body gradually and consistently increases over time. By alternating periods of heavy lifting (work) with periods of lighter exercise (rest), the body is exposed to an appropriate amount of strain for muscle breakdown while also being given ample recovery time to repair the damaged tissue into stronger muscle fibers.

It is progressive overload which allows PowerLifters to deadlift three times their bodyweight, and Olympic lifters to snatch two-and-a-half times their own mass. But even for the non-elite, average gym-goer, this method has been shown to improve overall endurance, strength, agility, and even bone and joint health.

But CrossFit, rather than stressing progressive overload, glorifies an ever-changing, non-routine approach to fitness. Why? In all likelihood, Glassman, who trademarked CrossFit into a for-profit fitness brand, wanted to make his product as appealing and interesting as possible. Most people aren’t enticed by the idea of doing the same movements and following boring old training programs that aim to improve strength, solely because they aren’t as zesty as, say, a Zumba class.

Glassman clearly recognized this: if you’re going to market a fitness program and make it profitable, you have to make it interesting. I doubt Glassman achieved greatness as an athlete by practicing a different gymnastics routine every single day. But, as stated earlier, this is essentially what his program touts: constantly modified exercise. As stated so aptly on the CrossFit website: “Our specialty is not specializing.”

CrossFit’s dismissal of progressive overload and scientifically supported training routines is dangerous. It’s downright idiotic to think you can improve fitness when you’re constantly changing your routine. That’s like trying to find a cure for a disease by taking a handful of twenty different drugs. You could potentially feel a little better, but you’ll have no idea what caused that improvement, and therefore won’t be able to replicate the beneficial action. Conversely, you could also feel a lot worse, and besides, who the hell would take twenty different drugs at once? No sane person would.

I’m not discounting the fact that a lot of CrossFit participants are in great shape. Chances are, however, that these individuals have been performing the prescribed exercises (with proper form) for years, while increasing intensity at a reasonable, consistent pace. On top of this, the best CrossFit athletes usually follow a strict diet and consistent gym routine to which most working individuals cannot adhere.

Followers of CrossFit also know that the program is characterized by an uber-competitive social dynamic. During workouts, participants are often in a race against the clock to complete their prescribed exercises as quickly as possible. When taken in a class setting, a CrossFitter is bound to encounter individuals who take the sport so seriously—and so desperately want to be the fittest—that such people might enter the gym with the very intention of doing harm to their bodies.

These factors may push people too far past their limits. It’s good to feel challenged during a workout, but there is a difference between racing to run a mile with a friend and trying to deadlift 275 pounds faster than the ripped dude next to you. Because of the motivational yet highly competitive atmosphere, CrossFitters are constantly trying to outdo their fellow “teammates.”

And this brings me to my last point: CrossFit’s high risk of injury. Because the program incorporates so many different exercises, it is all too easy to commit the sin of improper form. Some exercises, such as the Clean and Jerk (an Olympic compound movement), can take years to master, not only due to their technical nature, but because of the amount of strength required to perform them correctly.

Some first-time CrossFitters don’t know the difference between a dumbbell and a kettlebell. They are most likely just starting out on their journey to a better self, and do not have a considerable amount of muscle mass and strength. If these newcomers walk into a CrossFit gym and see other people throwing around weights like toys, they may falsely believe they are capable of doing the same.

Concerningly, despite the potential for injury and the need for extensive education on certain exercises, CrossFit assumes that either a) participants will take the time to learn proper form (most don’t), or b) decrease the weight if something feels wrong (most won’t).

A perfect example of the newbie-injury phenomenon is perhaps best demonstrated by the association between CrossFit and rhabdomyolysis. Though rare, rhabdomyolysis is a potentially fatal condition that occurs when muscle rapidly breaks down. If the tissue cells are injured to a point in which they rupture, they release toxic substances into the blood that cannot be processed by the kidneys. If untreated, rhabdomyolysis can lead to kidney failure and death.

The high-rep weightlifting exercises that are a mainstay of CrossFit are the perfect catalyst for onset of this affliction, for they expose muscle tissue to extreme strain—repeatedly. The likelihood of developing “Uncle Rhabdo”—a mascot that unsympathetic CrossFitters use to personify the malady—is much higher for those who have not exercised for some time and suddenly decide to engage in strenuous exercise. Thus, many people may run the risk of rhabdomyolysis—and even death—if they exert maximum effort during their initial encounters with the CrossFit program.

As I said earlier, any exercise program has inherent risks. I’m not saying that if you try CrossFit, you’re going to die from renal failure. All I want to get across is that if you’re going to try a fitness regimen that prides itself on unproven methods, maniacal competition, and dangerous exertion levels, please, for the love of Uncle Rhabdo, educate yourself first.