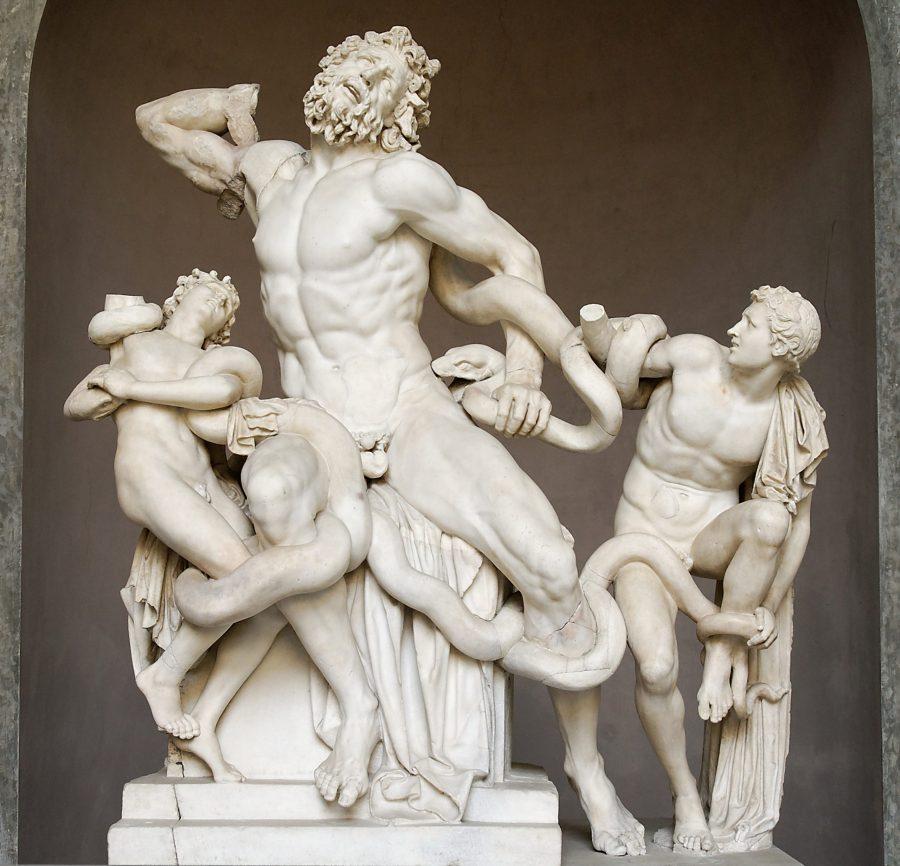 It’s really great that we can have positive conversations about body types, as long as we don’t hold each other back.

Have you ever seen a Greek marble sculpture that depicts the human body? The Greeks revered the human form and made sculptures to represent what they felt was the absolute pinnacle of the human body; the epitome of what the human body can be when a person puts in the work. This week, we have heard a lot about body acceptance and accepting the ‘natural’ way that we are made. But, while this is a positive message for many people, it also promotes complacency, mediocrity and laziness, which are aspects of society that we should not glorify at all. In many cases, where there is a will to improve your body, there is a way.

When I was in high school, I was six feet tall and 130 pounds. To put that into perspective, a six-foot tall male at the age of 18 should weigh somewhere around 165 pounds, putting me unhealthily underweight. This may be a shock to some, but high school was extremely tough for me socially. The bullying and physical contact was pretty unbearable. Girls made fun of me, saying they would never date me because they outweighed me. The guys were even worse, saying that they’d like to snap me like a twig, among other things.

This gave me two options: my first option would be to complain, bitch and moan. I could have said things like “This is how I’m made naturally! Accept me for who I am!” Which is technically true. The problem with saying that is that it does not drive me to strive for greatness. It makes me complacent with how I was made.

My second option was to do something about it. I chose option two, and that is something I am proud of. I seriously changed my diet to consume mass amounts of calories and high quality proteins, and coupled it with intense lifting. I am now 160 pounds and I am damn proud of the 30 pounds I gained through intense dedication and serious pain.

The point is this: If you have the ability to better yourself, you should do so. Strong bodies create strong minds. Strong minds are confident, happier and healthier. We hold ourselves to this standard in all things, such as education, personal relationships and other skills or hobbies. However, for some reason, we think that not bettering our physical form is perfectly acceptable.

Physical prowess is the one thing that our society says is acceptable to not try and make better.

There are a lot of people in this world who don’t have the physical ability to create the change they want to see in their body. This is okay, as that is something outside of their control. This column is for those who have the ability to better themselves and choose not to.

It is easy and very fair to note that people can exemplify dedication, discipline, and determination in other aspects of their life that aren’t physical. Things such as research, reading, education, and other skills or hobbies take these same characteristics. It often a general assumption that people who are overweight, or who don’t have an above-average body are lazy. This is not true, as there are a multitude of ways to not be lazy that don’t focus on one’s body.

However, the people who find validation in these other areas of life are not the same people who vociferously cry that the rest of America accept poor body types above all else. These people often find personal validation in what they value in life, which isn’t always physical. Those who are insecure in their physical appearance often are the same ones who demand that the rest of society accepts them for who they are.

While writing this column, I spoke with Logan Clark, a competitive bodybuilder. Clark is 5’9, and weighs around 200 pounds right now at 4 percent body fat.

“I know I’m unhealthy,” he told me. “I know that most people don’t like how I look. A lot of people think I look unnatural. The difference is, I don’t complain about it and demand that people call me attractive. I put in a shit-ton of work to be stronger than everyone else, I don’t care if you don’t like it.”

Many people love to talk about how models and other celebrities don’t exemplify a natural body. This is 100 percent correct; those bodies aren’t natural. They’re better than natural, because those people put excessive amounts of work, just like how a college education is superior to a high school education.

It is extremely important, at this point, to note that eating disorders and other illnesses are real and persistent problems. This column should, in no way, advocate anorexia, bulimia, or any other eating disorder, especially coming from someone who has been severely underweight. Hard work and pain are supposed to help strive for healthier and more impressive body types and should serve as a guideline to keep people away from both extremes of body weight.

Health is an extremely important part of the body weight argument too. Heart disease is far and away the number-one killer of Americans. Excess body weight and obesity are the most frequent causes of heart disease. We, as a society, should be so scared of heart disease that we do everything in our power to run as far away from it as we can. Accepting obesity and being mildly overweight should be seen as heading down the pathway to the number-one killer in America, which is absolutely terrifying.

Body acceptance week is about being confident in what you have been given. This is very useful, to a point. No one should feel bad for what they have been given. And, if a person is unable to work out or just doesn’t care about physical appearance, then that is their prerogative; they should not feel bad about their decisions whatsoever. However, for the rest of us who do value body image and have the physical ability to do something about it, it is irresponsible to settle for mediocrity and then request that others do the same.

Don’t hold yourself back. The Greeks didn’t make sculptures of average couch potatoes.

Collegian opinion editor Taylor Tougaw can be reached at letters@collegian.com and on Twitter at @ttougaw.