Stettner: The aftermath of DAPL and its implications 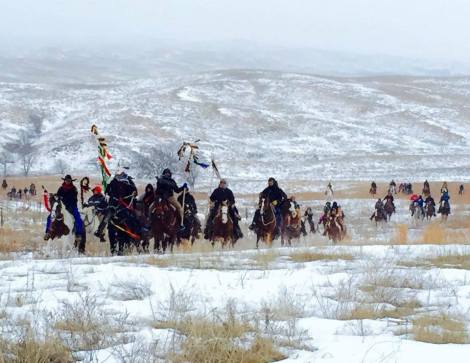 On Thursday the main encampment blocking the Dakota Access Pipeline was evicted and evacuated. In recent days other surrounding camps have also been cleared. At this point most people are gone from any camp that is close to the construction sites. For all intents and purposes the physical fight is over.

The indigenous and other supporters had been there for almost a year without injuring or attacking any police or army force. Simultaneously they were met with several militarized and violent actions throughout their time at the camps.

The way these events have unfolded will have widespread implications for our future in energy sources and how we treat marginalized communities.

America’s addiction to oil is aggressive and unique around the world. We consume the most oil and at a staggering rate compared to other states, even those we consider “developed.” The construction of the Dakota Access Pipeline indicates, to me, that this addiction is far from being satisfied. This is a terrible situation considering the turning point we are at in climate change mitigation.

As for the treatment of marginalized communities, I can only see it worsening. There were so many clear videos documenting the assault on water protectors, where they were clearly peaceful. America has had a terrible history in regards to the treatment of Native Americans (and these events show the continuation of that), but I fear that with how there was so little reaction on the behalf of non-natives, this behavior will be encouraged.

I went to Standing Rock in October. I wasn’t there long, but it was long enough to be a learning experience.

I left with an incredible amount of hope. The people there were so passionate, convicted and engaged. The support from media coverage, donations from all over the world and the immense physical presence of people from all walks of life made me convinced that this movement would be successful, not to mention the verbal support from my peers when I came back.

What I neglected to consider is the ability of the American people to ignore, turn a blind eye or maybe just not care about the assault of indigenous peoples’ rights and the environment. There are so many clear videos of the security forces aggressively attacking water protectors and yet there was no action, no punishment for those police forces. Witnesses, and a friend of mine who was there the night frozen water cannons were used, reported that they had intentions to kill. All in the name of oil, which continues to poison our air, water and land.

This situation and how it has unfolded has deeply disturbed me. If you are at all concerned about the environment or human rights, you should be disturbed as well.

Alexandra can be reached at letters@collegian.com and online at @alexstetts