Kennedy: Welcoming refugees a duty, not a whim 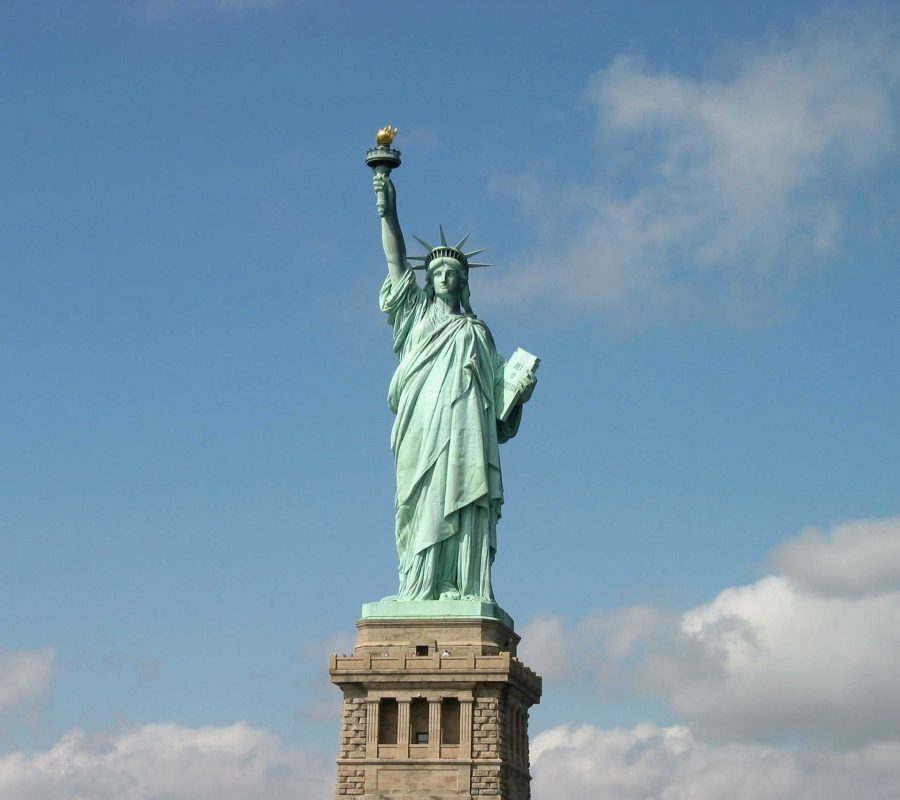 America was founded on freedom. Can we agree on that? Our country was built by courageous leaders who, despite their now-arcane views on equality of race, gender, etc., believed in the idea that this New World they inhabited would be a sanctuary for people to live free and thrive to the best of their abilities, regardless of their religion or country of origin. In fact, on the Statue of Liberty, one of the trademark symbols of our American freedom is inscribed the following: “Give me your tired, your poor, your huddled masses yearning to breathe free, the wretched refuse of your teeming shore. Send these, the homeless, tempest-tossed to me, I lift my lamp beside the golden door!”

These were the ideals that America was founded on; the freedom to live as one see fit and the opportunity for any man or woman to try to make a life for themselves.

These were the ideals that we have fought for through every war.

These are the ideals that have been handed down to us through countless generations of rebels, heroes and leaders.

It is our charge as Americans to uphold these ideals of freedom for all. It’s a duty, not a whim to be exercised only when it is politically favorable to do so. Why now do we seek to shirk this duty by attempting to create unconstitutional obstructions to deny others their chance at American freedom?

I shouldn’t have to spend space on this paper to outline the pragmatic reasons why we shouldn’t bar refugees and immigrants to our land.

I shouldn’t have to note that sanctuary cities experience the same levels of crime as other cities.

I shouldn’t have to remark that people who immigrated here illegally are less likely to commit crimes because of the threat of deportation.

I shouldn’t have to point out that no one from the seven countries included in Trump’s travel ban has ever carried out a deadly attack on Americans, at least since 2001.

I shouldn’t have to illustrate the hypocrisy in a system that profiles and targets Arabs, blacks and nonwhite immigrants while ignoring organized white extremist groups within our own country like the KKK and the Oath Keepers.

It shouldn’t come as a surprise to anyone to learn that white supremacists and other homegrown extremists are twice more likely than Arabic extremists to commit acts of terror against Americans.

But I get it, you know? Times change. Some say us in the younger generation are faithless fools that don’t believe in tradition. They talk about how we don’t go to church as much anymore and how we’re getting away from the values that made our country great. “Progress” is a dirty word to some, but what’s it to us if we’re making our country a better place to live in?

I suppose that this relationship between tradition and progress is the ultimate question in this matter. Do we take to heart the values passed down to us by our forefathers and mothers, or do we shape our nation in a new image to reflect what’s in our hearts?

The Founding Fathers shaped America in their image, as a haven for anyone from all corners of the planet to come, live free, and thrive to the best of their ability. The passion for this idea and the value of this duty reverberates through the perils of our wars, the heights of our prosperity and the pages of our country’s history books.The unconditional chance for an honest person to live a life of freedom is an undeniably American tradition. But, just like any other tradition, it is the choice of every new generation to decide if the values and sacred duties of those before them fit into their vision of a better future.

Is America a land of freedom for all? Shall we continue to uphold the duty inscribed upon our Statue of Liberty, to welcome the oppressed and the broken to the freedom to make themselves whole? Is freedom a right that is deserved to be enjoyed by all honest people, or a privilege to be enjoyed by the few? Is the American idea of freedom your idea of freedom, or are we better off without it?