Brust: Entertainment media has effectively tricked us all 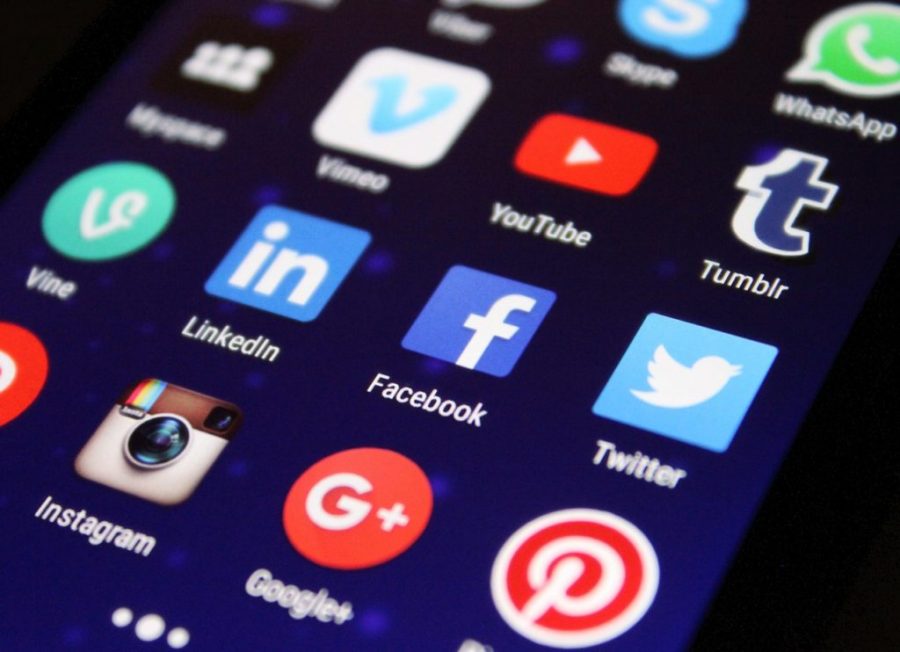 It seems nowadays that every facet of our lives is controlled by one central means of communication: entertainment.

From the smallest forms of flattery to large scale publicity stunts, social media is the center of our lives. It’s easy to see why: it’s an easy fix to everything. Happy? Tweet about how great life is going. Feeling down on yourself? Post a selfie and watch the likes roll in. Have an opinion? A political Facebook post is bound to spark some debate. Social media outlets have a fix for everything in our lives and it’s ruining communication. Not only is it making us dependent, the media has infiltrated our lives completely.

I’m not as bitter about social media as I appear to be. As a journalism major, I understand how important social media is in communications. However, I don’t have an issue with the premise of these outlets, but more so how the media has shifted over the years. When the media was in its purest days, news was reported justly, and news was news. Now, news is whatever Donald Trump decides to tweet when he’s pissed. Whats worse is that we depend so heavily on the media for information throughout the day, we don’t understand that it is a means for manipulation.

Donald Trump’s sassy tweet of the day is obviously real news, but he American people will eat it up faster than any political coverage that actually matters. Every left-wing American took to Facebook to rant about Trumps prejudices, but there was not a peep about Trump’s plan to redirect money from public school systems. Any right-wing American could go on for hours about Hilary’s neglect in the email situation, but I bet 1% of those people could explain what those emails were about. As technology becomes smarter, we become dumber.

Technology is amazing, we have information on just about everything at our fingertips. That is the problem in and of itself; we have information thrown at us constantly. This influx of info is astounding, but we don’t know how to use it. We latch on to the first bit of information we receive and fly with it. Between clickbait, fake news, and dumbed down news like “Buzzfeed” and “Now This” we are drowning in a pool of entertainment news and we can no longer swim up for air.

We think we are so smart having access to all this information when really, it’s the opposite. The only reason Trump says unthinkable things on twitter is because his words will be seen by the largest audience possible, and and all he has to do is type 150 characters and boom: headlines. It’s not maniacal, it’s genius, and he’s fooling us all for the sake of publicity. A click of a button and the world has its eyes on you.

This isn’t new. The powerful will use whatever platform they can to raise awareness; but in turn, the general public has to be aware. Just like Meryl Streep used her platform at the Golden Globes to speak her political views, Donald Trump can use twitter to fear-monger amongst his more, lets say, “biased” followers. The American public is less composed of free thinking individuals, and more so of zombies with views made up of entertainment news and clickbait.

These outlets riddle our social media feed although reliable news sources are just as accessible. News sites like the Wall Street Journal and ABC News are available at the click of a button and are compatible with multiple apps. However, even the most accessible news is less accessible than what is right in front of us on our timeline.

So the ballad continues. The American public is becoming dependent on social media for everything in our lives. Remember how our parents used to say: “Don’t believe everything you read on the internet.” Maybe we should have listened.