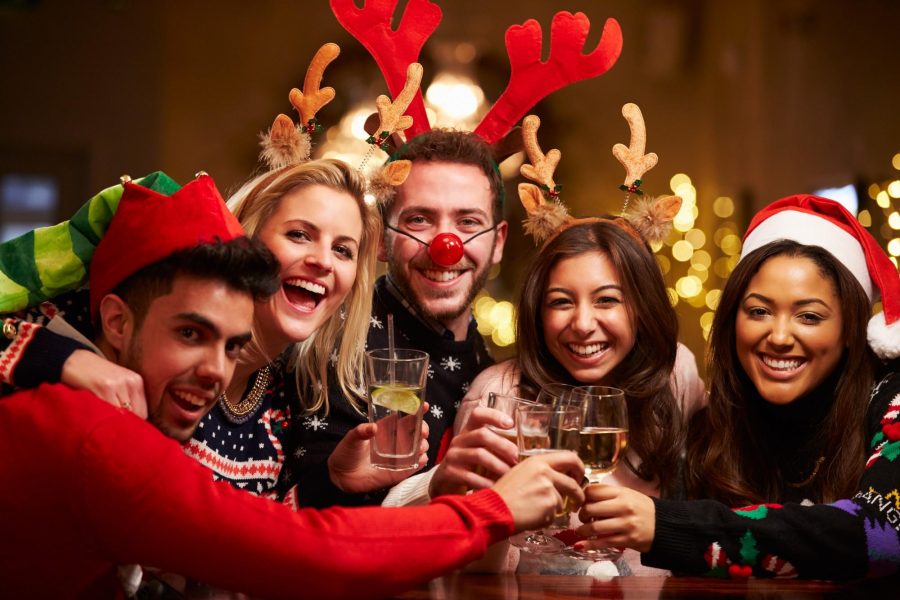 The holiday season is upon us again – and will be gone all too soon. The beautiful snow that blankets the mountains, the aroma of peppermint and gingerbread, and the general sense of joy this time of year always brings will all be missed. However, one staple of the holiday season that certainly won’t be missed is all the awkward parties. Being around people you purposely don’t hang out with or get drunk with anytime of the year – co-workers, friends of friends, family members you’ve tried to avoid and those you forgot you had – will no doubt entail some variety of awkwardness. This, coupled with the fact that alcohol will probably be served, year-long repressed feelings (good or bad) towards co-workers or family and friends, and whatever current world problem is ailing politics all make for a pretty awkward scene with the potential of that open fire in a fireworks shop from every B grade action movie. However, a substantial dosage of self-awareness and the tips this article provides should make it a bit less uncomfortable.

A general rule of thumb for most parties, shitty holiday ones or not, is to do a lap around to get the lay of the land. Generally, you would be looking for people you know, where the food and drinks are, and a bathroom, but the holiday party adds more variables you’ll have to be keeping an eye out for. Namely, mistletoe. For the same reason the Salvation Army bell ringer doesn’t set up shop outside of an Arby’s, you’ll want to avoid this area completely. Anyone hanging out there during the holiday season is probably in a bad place to begin with, and best to be avoided.

Another unwritten rule your crazy uncle seems to ignore each year is not too drink too much. Of course, you want to show you’re not a total holiday humbug and that you can unwind, but never to the mumbling Christmas song lyrics is coming to town hunched over at the counter extent. However, if you do find yourself questioning your behavior – look around. If your behavior has prompted people to take out their phones and start filming you, stop immediately.

Another variable holiday parties throw into the mix is the gift exchange. Whether it be a white elephant gift or secret Santa, it’s always hard to gauge how much money you should be spending on the gift. You don’t want to be the guy that flaunts how expensive his present was in the faces of all other gift givers. Nor do you want to be the guy that forgot about the exchange and wrapped some ketchup packets he got at the McDonald’s drive though on the way to the party. The safest bet here would be an iTunes gift card, or one to a department type store. $15-$30 is a good price range to keep in mind. You also need to prepare and expect for the worst. Chances are you’ll end up with the only stupid gag gift, like a gnome painting set. Just accept it.

Conversations are another aspect of the party to be wary about. No doubt there will be someone with opposing views on something important to you – civil rights, immigration, abortion, or the Star Wars prequels. In the interest of not ruining yours and several others’ nights by getting into an argument about what the government should do or protect, or whether or not the Neimodian are Asian stereotypes, walk the path to the food table if you can’t hold your tongue. The more you eat the less you speak, so avoid touchy subjects with seconds. If it all gets to be too much, just nod and smile politely.

Unfortunately, even if you follow all these tips, there’s still a chance your night could go south. I can’t help you if your boss drunkenly hit on you at your office Christmas party, however I expect there to be a support group for that. But that’s just too little too late. If you choose to forgo the cliché holiday party and not take any of the risk associated with it, the easiest way to con your way out of going would be to create some sort of new religion. Try and start off every sentence with “as ostriginian” or “according to the sacred Osturious” and hopefully it’ll do the trick and your friends and co-workers will be too fearful of offending you to invite you to their festive bash.