Tougaw: Dear conservatives: It’s time for us to pay attention to climate change as well. 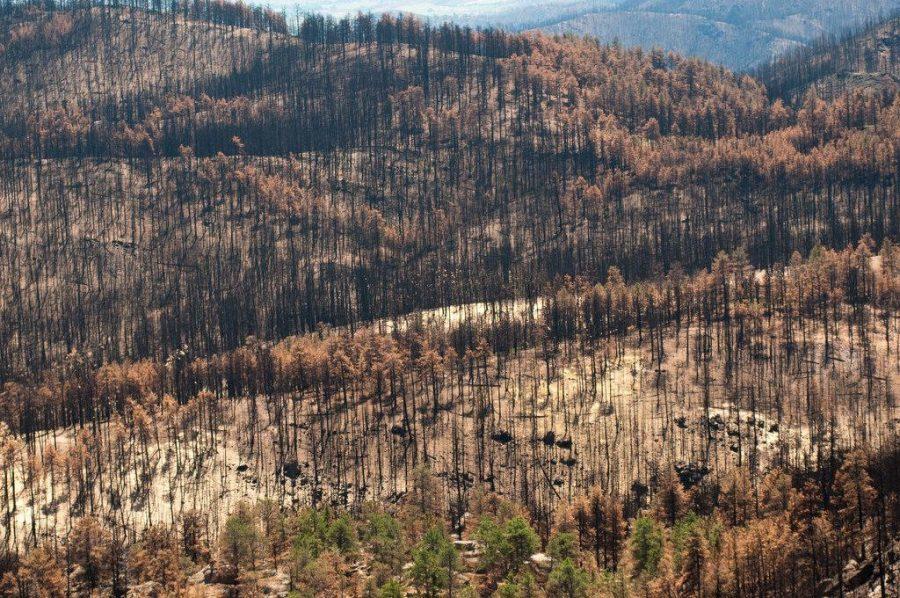 I’m dedicating this column to all of you meat-eating, gun-toting, weight-crushing, alpha-male jackhammers that walk around the country bars with your chests puffed out and your coal rolling black.

Listen up, because there’s some real talk that needs to be had. I know that every time you hear the words ‘climate change,’ you cringe and roll your eyes. I do it too. The words ‘climate change’ almost always comes out of the mouth of some weirdo with dreadlocks who’s chasing you down on campus in their Birkenstocks, hoping to have you sign a piece of paper about saving the trees–which they got from cutting down a tree. The fact is, nobody wants to hear about saving nature from people who have no idea about how our natural areas are actually preserved.

Signing a petition is great and all, but what does it do? I’m sure that it does a good job of bringing awareness to people by spamming their mailboxes and making them feel bad about not being involved, but aside from that, petition signing is just a feel-good act.

Those of us that take the time to buy fishing licenses, hunting tags and ranching fees are the ones that are actually keeping these areas afloat. Sure, almost everyone pays entrance fees and other amenity fees when we visit national parks, but there is no way in hell that these places could survive off of that revenue alone. One hundred percent of the money that comes from fishing and hunting licenses goes to the state fishing and wildlife agencies. In my case, these fees go to Colorado Parks and Wildlife (CPW). In turn, CPW spends my money on ensuring that these natural areas and habitats are preserved. To quote the U.S. Fish and Wildlife Service:

“By respecting seasons and limits, purchasing all required licenses, and paying federal excise taxes on hunting equipment and ammunition, individual hunters make a big contribution towards ensuring the future of many species of wildlife and habitat for the future. By paying the Federal excise tax on hunting equipment, hunters are contributing hundreds of millions of dollars for conservation programs that benefit many wildlife species, both hunted and non- hunted.”

For another example, proceeds from the Federal Duck Stamp have purchased more than five million acres of habitat for the refuge system, which supports lands for waterfowl and other species.

My point is this: The people that are using our natural areas are the ones who are going to lose if we don’t change something. I understand why you don’t want to hear this from some scrawny kid who only eats gluten-free tacos and thinks Starbucks’ lattes grow on trees; he isn’t the one who actually has any involvement in the situation. You, the duck-eating, alpha-(fe)male, boot-wearing mud-stompers are the ones that have the most to lose if we don’t address global warming and climate change.

Think about this: How beautiful is it to drive up through the Rocky Mountains to look at the lush, green forest we have, only to be greeted by massive swathes of dead, grey, beetle-killed pine trees? According to a film called Six Degrees Could Change the World, rising temperatures will change the ecological norms of insect life cycles and migration routes. That means more pine beetles, and goodbye forests. Even if we do stop the insects in time, we are going to have to pay a lot more money to do it, which means that your hunting and fishing license prices are going to skyrocket.

One poignant example, to me, is a place called St. Mary’s Glacier in the Arapaho National Forest. It is a beautiful, permanent, year-round glacier high up in the mountains. It is the pinnacle in tranquility and peacefulness– or, at least, it was. Over the last ten years, I’ve seen it recede so far up the mountain that it is no longer even considered a glacier.

How many of us love to listen to country songs about driving down a dirt road and partying in an open cow field? This is just a day in the life of a cattle farmer, or another version of a good ‘ol boy. We tend to look at those farm workers as the backbone of our country, and for good reason– these are the hard workers who swelter in the sun so we can eat and fantasize about those country songs we love so much. Problem is, they’re running out of water.

In eastern Nebraska, cattleman Bruce Waller needs 4,000 gallons of water a day to keep his cattle alive. Normally, this would have come with the rains, which used to be pretty reliable, but are now at their lowest point in a century. In the film, he is shown driving in water to the pasture with his truck. Where do you think he got that water? If I had to bet, he pulled it from a local reservoir– the same ones where we love to go fishing. It doesn’t take a genius to figure out that an extra 4,000 gallons a day (or more) doesn’t spell good news for our local fishing holes. Without rain, our cattle and food go away, taking with them our dreams of living a country lifestyle.

Hunting, fishing, camping, and other things associated with being an outdoorsman are all about one thing: the appreciation of nature. This is true for all of us that are out there using nature for what it was intended for. If we don’t start to pay attention, it won’t be there to appreciate.

If you think scientists are making up global warming as a conspiracy or something else, you’re wrong. I’m not here to debate you on that point because you are just straight-up wrong. I’ve watched our natural areas change before my eyes and to say that it isn’t happening is insulting to me personally.

To me, this means no more cold mornings on lake looking for ducks. No more fishing in the mornings before it gets too warm. No more trees to shelter the elk. No more beautiful forests and amazing, snow-capped peaks to sit beside. If you enjoy sloshing your boots through the mud, get used to it, because that is all there will be left to do.

I get it; you don’t want to hear about this stuff from some buck-twenty kid who has never had dirt under his fingernails in his life. So take it from me. Everything we love to do won’t be around for our sons and daughters to enjoy like we did. We, the people actually using and funding our natural areas, have the most power to change our situation.