Stettner: Meat consumption is selfish and damaging to the environment 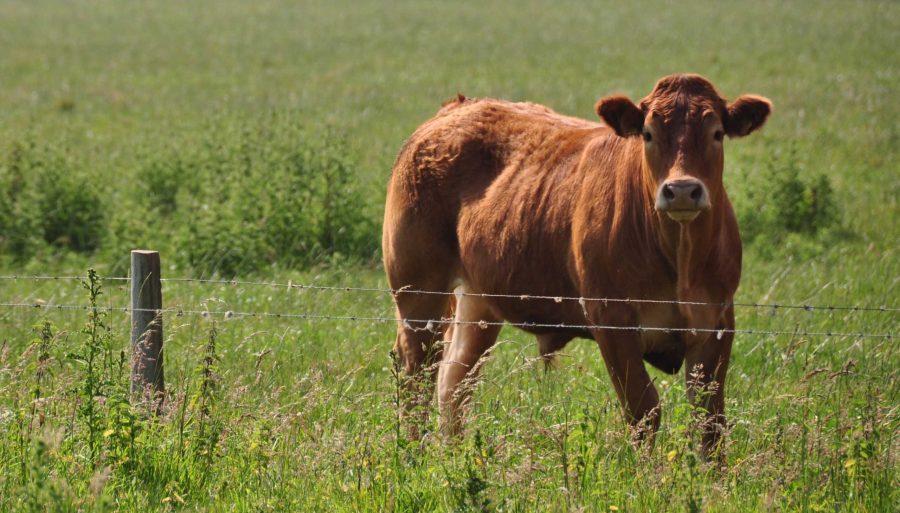 Last week in the news, scientists were able to report that carbon dioxide emissions this September held above 400 parts per million. Normally September is a time of low CO2 emissions, and this change is being interpreted as a turning point in the battle against climate change.

However, lowering CO2 emissions will not solve the problem we are facing today. CO2 lasts for hundreds of years in the atmosphere, meaning that much of what is being calculated is “leftover” from the early industrial revolution. Simultaneously, this means that we have much more to enter the atmosphere and what is being emitted today will last us far past many of the limits that have been set by climate scientists.

The key to what is changing our climate so dramatically is methane. Methane, like CO2, is released naturally by the world’s environments, but is normally able to be absorbed by other natural environments. However, human activity has sky rocketed the two gases to unnatural levels, and these levels cannot be counteracted by the environment.

The difference between methane and CO2 comes from how they interact with the atmosphere. Methane does not last nearly as long in the atmosphere, but can be up to 86 times more damaging than CO2. According to the Environmental Defense Fund, methane and gases like it are controlling how fast global warming is occurring, and its occurring fast. This means we have another chance to curb climate change, by cutting methane emissions rapidly, which would result in a rapid decrease in the damage done to the atmosphere.

Human methane emissions are largely caused by large scale animal agriculture and harvesting fossil fuels, primarily natural gas. Cutting both direct causes down would be ideal, but thinking realistically, meat and animal product consumption are things that could be stopped tomorrow by consumers, whereas natural gas harvesting is extremely integrated into society. Additionally, meat consumption is not only backwards in regards to efficiency, and is 100% a selfish desire on the part of humans.

So why do we eat meat? It’s clearly unsustainable in regards to resource consumption, not to mention the impact that animals themselves have on the environment and how that contributes to global warming. There are several other sources of protein and nutrients to replace meat and other animal products (that are often significantly cheaper than meat itself), and overall science has proven that humans aren’t meant to eat meat as much as we do.

The answer is simple, you probably answered it yourself reading that paragraph. It’s tasty. It’s good. It’s seen in society as “masculine” and vegetarians are seen as “weak”. And it’s simple. It’s what most of us have been raised on.

The issue with this thinking is that it’s selfish, and it is not good enough to say “oh well”, because quite literally, our future is dependent on what happens with climate change. Media refuses to explain how bad it is, but the science of how severe climate change will be is there. The most likely changes in climate to be seen are severe storms, flooding of coastal cities and of island nations (which are looking to be completely wiped out with sea level rise), unsurvivable heat waves, increases in droughts, which all will contribute to humanitarian crises, not only in regards to lack of resources, but conflict between peoples as well. These will all be seen increasing dramatically over the next century, even if we stay below the 2 degree Celcius threshold, which would require cutting back emissions by 40-70% by 2050.

I don’t care about your preconceptions of someone who does not eat meat, or your opinion on the ethics of animal consumption, none of the social aspects matter in this conversation. The reality is that everyone needs to take responsibility for their unsustainable lifestyle with conditions as severe as they are, and if you consume meat, you fall into that category as well.