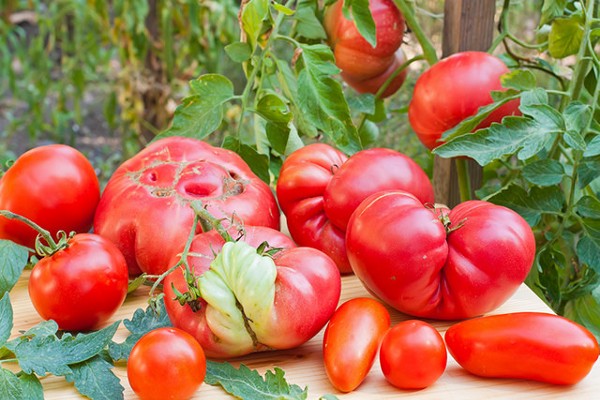 Most, if not all, home cooks have likely had the experience of opening up a carton of milk, taking a whiff, and nearly gagging — or, perhaps, finding an old onion in your cupboard of which your memory is a little “fuzzy.” Yuck. Except under a watchful eye, food waste happens — but the extent to which large-scale grocery stores throw out good food that hasn’t even gone bad yet is truly rotten.

On Aug. 31, 2016, The Coloradoan reported that a Change.org petition to Walmart stores in Fort Collins, Boulder, Denver and other cities asked Walmart to sell aesthetically unpleasing produce at their stores for a reduced price. The petition claims that nearly 700,000 Coloradans and 48 million people nationally are food-insecure, while 20 percent of American produce is rejected by grocery stores just because of its odd looks with no regard for its edible value. The Colorado petition is still below its threshold of 500 signees, but a national version begun early this year that calls on both Walmart and Whole Foods to act has received 111,620 signatures and been submitted to the president and CEO of Walmart International and Whole Foods Market.

On Aug. 29, The Coloradoan also published a map of 10,000 households who accessed the nonprofit Food Bank for Larimer County Food Share program in 2015. The map, which was made by the nonprofit, shows what the article describes as an “omnipresent need” for greater access to food resources in Fort Collins, and explained that those who struggle with hunger also must deal with a certain stigma.

Additionally, the nonprofit predicts that need will significantly increase. “Food Bank for Larimer County has a goal to provide 12.2 million meals a year by 2035 — a nearly 65 percent increase from the 7.4 million meals it provided in 2015,” the article states.

How it ever became acceptable to throw away the amount of food that we do in the U.S., given the amount of need, is beyond me. According to NPR, we toss out enough food to fill 44 skyscrapers (some $162 billion worth) each year. In 2015, the U.S. Department of Agriculture and the Environmental Protection Agency announced a national target for a 50 percent reduction in food waste by 2030; the steep target, however, was described by Agriculture Secretary Tom Vilsack as merely “challenging the country” to reduce waste, and doesn’t mandate compliance. The number of people who have even heard of this initiative is likely very few; we will not reach the 50 percent goal without a national-scale change of habits, and this must start with some of the biggest offenders: grocery stores.

After receiving the above-mentioned national petition, Whole Foods has agreed to test the sale of ugly produce, though a report from NPR explained that, in a way, it’s already happening: “Whole Foods currently buys less cosmetically appealing produce for prepared foods, juice and smoothie bars.” But the incorporation of the produce into high-priced smoothies won’t help solve the kinds of problems that people in need are facing. Offering up the “ugly” as an alternative to purchasing pristine produce is both a civic responsibility and a way to deal with the slightly bruised, weirdly proportioned, perfectly edible fruit and vegetables that consumers are unlikely to buy at full price.

France became the first nation in the world this year to pass a law that bans supermarkets from wasting food, and simultaneously marked itself as a leader in the anti-food waste movement. The law mandates that French supermarkets must donate unsold food to charities to help feed the needy. Before the law, USA Today reports, some French supermarkets had even intentionally destroyed their extra food by dumping bleach on it to prevent others from eating it, and to presumably attempt to force people to buy it in their store instead. The new law now bans this practice, as well as other methods to keep people from taking good-quality discarded food, like securing the lids of their trash bins.

If, in addition to selling aesthetically imperfect produce, U.S. supermarkets were to take up a similar law to that of France, it would be nearly impossible for anything but the truly past-its-prime produce to be wasted in the landfill. Buying reduced-price produce in the store also offers a far more dignified option for those in need than searching through trash bins.

You may be thinking, “Gross! Why would we offer rotten food to consumers?” But be assured, we are talking exclusively of non-rotten food that is perfectly fit to eat. Just take a look at this report from NPR about a “Feast For 5,000 Made From Food Waste,” which was served at an event “designed to raise awareness about all the food waste that results from inefficiencies in the system and consumer behavior — and give people a tasty incentive to do something about it,” the article reads. The chefs cooked dishes like paella and curry, which offer a hodgepodge of vegetables and don’t require them to look pristine — just that they taste good.

As if another reason to adopt these policies was needed, there are environmental reasons why keeping food waste out of landfills is a good idea. Wasted food makes up the second biggest portion of the types of waste that are in American landfills (just behind paper and ahead of plastic), according to the Environmental Protection Agency. Though food might seem innocuous enough to have in a landfill (it would break down easily in nature, and at least it’s not Styrofoam or battery acid), the natural decomposition process is stunted by the landfill environment. As stated by the EPA, “In landfills, organic materials, like food scraps and yard trimmings, are broken down by bacteria to produce methane. Methane, a potent greenhouse gas, is shown to have a warming potential of 21 times that of carbon dioxide.” Composted food also produces methane, albeit much less than in the anaerobic landfill environment. If supermarkets were to adopt composting programs for their inedible leftover produce in addition to the initiatives mentioned above, nearly every wasteful gap in the supermarket system would be closed.

Of course, there is also a responsibility of the consumer at home not to waste good food — eat leftovers, don’t mistake “sell-by” dates for “consume-by” dates, only buy as much as you need, and start composting at home or in your neighborhood. One purpose of the Food Bank for Larimer County Food Share map of home addresses was to show that “if you live in Fort Collins, it’s likely someone in your neighborhood faced hunger and sought help at least once last year.” And, people in need live where you wouldn’t expect: even “in coveted Old Town, quaint Mountain Avenue and near relaxing golf courses.”

People in need are all over, which makes both Larimer County’s — and the country’s — current inattention to the issue all the more in need of change. And what better place to begin large-scale adaptation of these grocery store improvements than in Fort Collins, which is home to so many people dedicated to a better environment, and a better future for all? To take the lead on this national anti-waste movement, Fort Collins grocery stores would do well to take the first leap, and keep what’s fresh out of the trash.