Stettner: Nationalism is dangerous when associated to politics 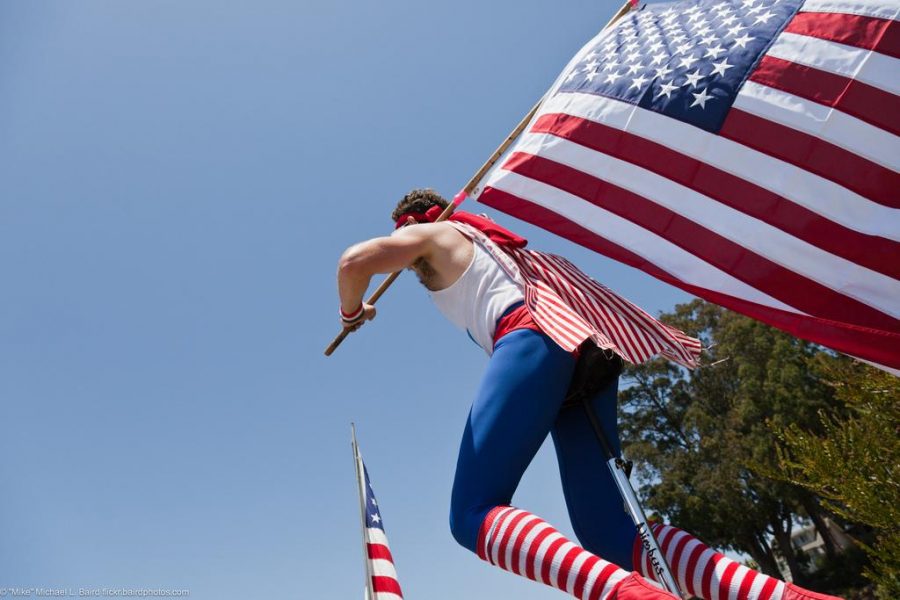 The people of the United States have always come from a place with strong pride for their nation and country. It makes sense; relative to other countries, our revolution to complete independence was less than 300 years ago. In total, we’ve gained independence from a great power, been in our fair share of wars, withstood severe economic stress, faced countless social and political divides, and nonetheless have become one of the strongest powers in the world today. Our national pride is one of the core values Americans share.

I think nationalism can be an incredibly admirable trait. I think it benefits the nation as a whole when people are proud to be a member from that state, be it natively or as an immigrant. Pride brings a greater amount of respect for government and economic systems, making people respect law and bureaucratic processes more. Greater pride in one’s country also correlates to a larger voter turnout rate due to a greater interest in the direction the country will be moving.

Yet look where we are today. There is an incredible disconnect about what makes this country great. Is it our ideas of social and political equality, allowing everyone a fair share and fair view through the eyes of the government, or is it economic success, not only for business and the country as a whole, but wealthy individuals of the country as well? This disconnect brings different ideas to what nationalism is actually supporting.

We know nationalism means to bring overall success to the country and it’s people, but politicians consistently identify themselves with being the trusted candidate to help America be the best it possibly can be. Now, with our politically polarized system, this only continues to divide Americans on what is actually American.

This can become dangerous, especially as one political side considers itself the more “American” of the two major parties. As I mentioned earlier, national pride is a core value all Americans share, so it’s understandably incredibly offensive to one side for the other to be calling itself more “American”. You can see how the political divide deepens when this is done on such a large scale. Not only politicians do this, but die-hards who are everyday people from the left and the right.

Nationalism, when politically tied, can be taken out of hand internationally as well. Just look at both world wars, which were rooted in state nationalism, which were fought to prove that one country was intrinsically better. Clearly this was not worth the argument, considering the obscene and tragic amount of deaths that occurred over such a ridiculous position in the first place.

Clearly nationalism can be incredibly powerful when it is connected to political agendas, but it can be just as powerful when it is not. Nationalism is an incredible tool, and in times like this when we are so politically divided, we could use our national pride to bring us together instead. Some of us may not be entirely proud of America right now, given the election and several other social issues being raised. However, you cannot deny some of the immense privileges and protections we have in America. If anything, let us be prideful of that.

Be prideful of our heritage, the sacrifices given so we could be free to speak about this election, to assemble, to practice whatever religion you please, and to do so many other things we can do. Let’s unite over those, and move forward in mind to protect that which makes us uniquely American.