Brust: I’m voting in this election, and you should too 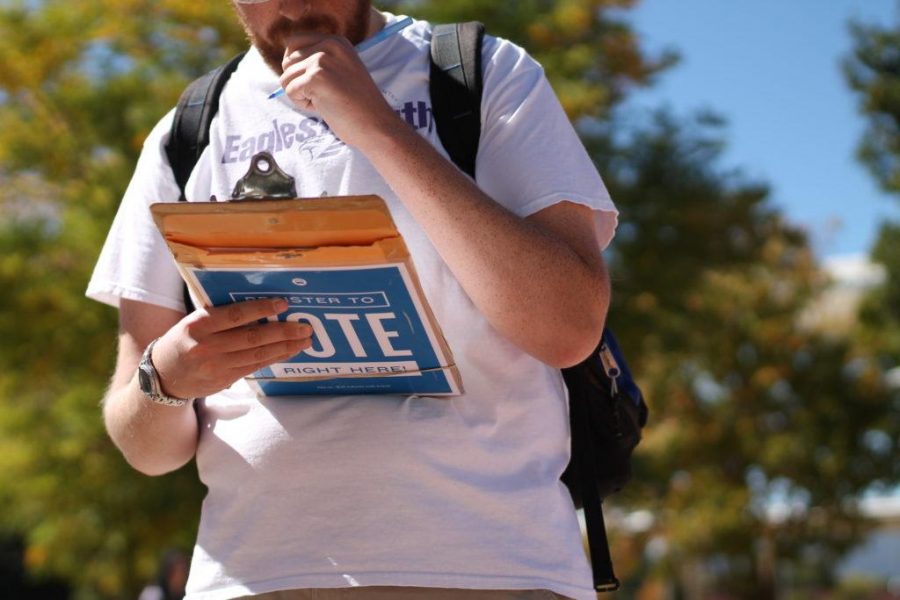 In response to my colleagues’ column “I’m Not Voting; You Shouldn’t Either” which was posted earlier last week, I believe not voting is truly, an inadvisable move.

For one, voting is literally the only civic duty we have to the government. It is the only voice we as the people have in choosing those who run our country. Not only that, but we have the ability to vote when many countries do not. As a woman, I feel very strongly about this. Why would you take the inkling of power you have in the future of our country away?

Second, a lot of people believe that elections only effect the presidential decision. False. The elected party also has a huge effect on policy making and decisions in the other branches of government. For instance, if you are a republican, it would be in your best interest to vote for Trump because the president is in charge of appointing supreme court judges. Since there are going to be five open supreme court seats after the upcoming election, you should probably vote to avoid a majority democrat supreme court for the rest of your life.

One issue with this election in general is that people are voting solely on their opinion of each candidates personality. We all need to step back, and look at the issues each candidate is going to address. For me, this means I need to set aside my biases against the candidates themselves and focus on potential changes that will impact where I live and my own quality of life.

There is a lot more that defines a candidate other than their personality, which a lot of uneducated voters tend to forget. If you really can’t get past either candidates persona, focus on the issues they will address, that is what matters. Yes, Trump is racist, sexist, pompous idiot and Clinton’s opinions change like the wind; that is the reality of the candidates we have to choose from, so might as well look a little deeper into what they can do for us.

DeHerraras explanation of how awful our selection of candidates has been this year is spot on. I too am embarrassed by the undeniable inadequacy of both candidates to run our country. I too believe neither candidate will benefit our country. I hate the candidates. I believe Trump is a racist, xenophobic, sexist asshole. I believe Hilary Clinton is a liar and should be in prison.

I do agree with DeHerrara on multiple issues he addresses in his column. Undoubtedly, our Republican and Democrat candidates are both awful choices. The election process failed us all this year. However, that doesn’t matter anymore; either Donald Trump or Hilary Clinton will be our next president. Period.

Not voting isn’t a noble move. It isn’t smart, it isn’t a trendy and cool thing to do, and by not voting you are failing your country and taking away your own freedom and right to vote.

Your opinion on the candidates doesn’t matter anymore. The election is happening. There is nothing we can do about it at this point, except vote.