Petrovich: Manifest Destiny rears its ugly head in France under the burkini ban 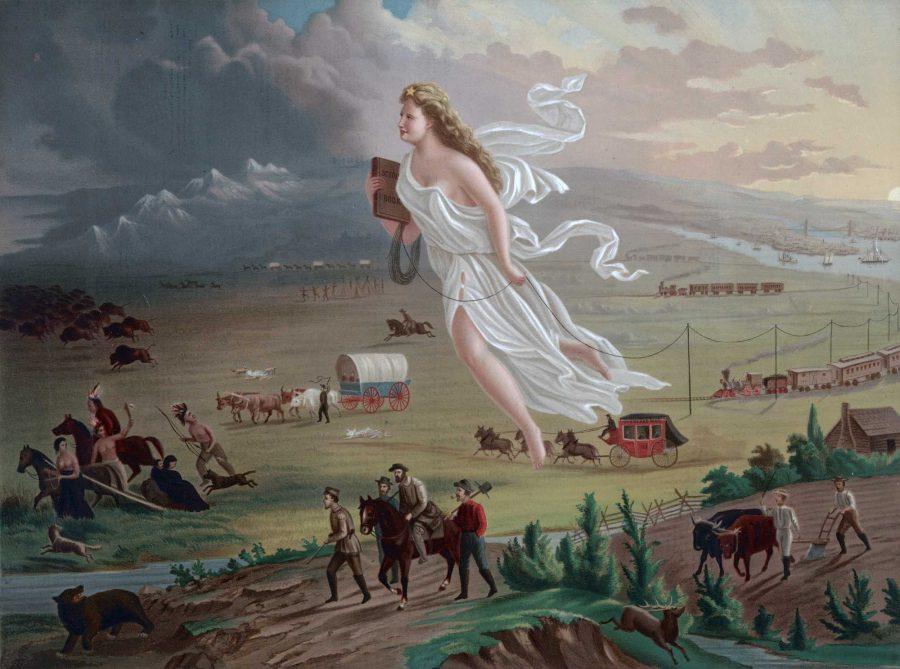 Around 200 years ago, the United States of the time decided that God himself, in his infinite wisdom and kindness, had granted their nation in the east the divine right to explore and expand into the greatest frontier ever known to man – the untamed wildernesses of the west.

They were expansionists, whose goal was to achieve their Manifest Destiny, the strong belief of the time that it was the inherent right of the westerners to gather as much land as possible from the savages and annex it.

The reasons for this were multiple: uncontested access to bountiful resources, excess space to live and dreams of unknown riches lead to this cultural desire to expand. But there is one reason that acts as the root cause for the expansion, the belief that ‘This land is my land, this land isn’t your land. I’ve got a shotgun and you don’t got one.’

This concept of Manifest Destiny has changed in the modern era, but the root meaning is still ever present. Whereas in the past the concept applied almost exclusively to land, Manifest Destiny is back and sexier than ever with something new to destroy: other cultures.

While the term came from the U.S., it applies to all countries that view themselves as “western,” and in recent weeks, France.

France enacted a ban on the Burkini months ago, and the ban was just recently repealed by the French courts. One of the reasons given for the ban was because of fears of Radical Islam and a perceived terrorist threat to society.

In fact, the burkini ban happened because France and the west didn’t want to see Muslims in normal society worshiping as they normally would because it didn’t fit in with their pre-and-ill-conceived notion of the normal.

Can a black wetsuit with a head covering kill somebody? No.

Is a woman wearing that black wetsuit a threat to national security? No.

Do some of the French hate knowing that Muslims live among them? Definitely, and more than that, the particularly loud anti-Islamists hate being reminded of it. The burkini was a physical representation of the thing they despise most – a culture they do not identify with or understand – each time they saw a headscarf, the word “terrorist” came to mind, instead of “person.”

They did this because it was their inherent right, because they were right and the Muslims were wrong, because they feel the need to be the loudest voice in the room dictating the norms.

And so the angel of Manifest Destiny rides back to the world, floating atop a wave of anti-Islam, anti-Syrian, anti-everything-different sentiment to the forefront of cultural thought in the west.

Until we realize that western thought is fallible and often unjustly executed as a knee-jerk reaction to perceived threats to normality, unjust forces will continue to suppress the thoughts, ideas, and cultures of those who they disagree with, just as the west did in centuries we thought we had long passed.