Kennedy: Accessibility needs to be a priority in University planning 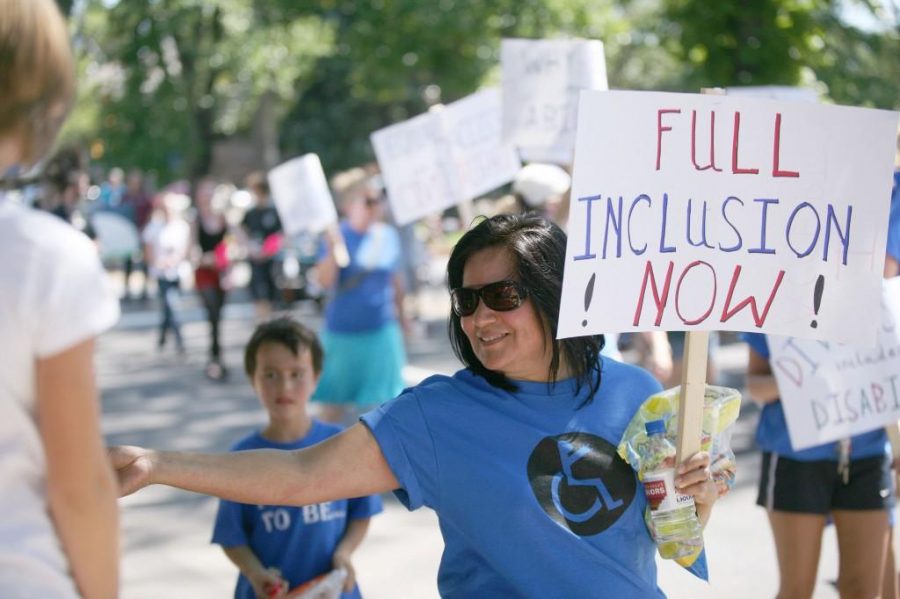 What’s the most challenging aspect of college life? If you polled 1000 students at random, many would argue that exams, professors, or all of the studying required is the most difficult.

But what about simply getting around campus? What if something as routine as accessing classrooms or other campus resources was one of your biggest challenges?

While outright discrimination against individuals with disabilities has been outlawed since the 1970s by the Americans with Disabilities Act (ADA), some argue that the college experience for those with physical and mental disabilities is still an unnecessarily challenging experience, despite universities’ effort to accommodate them.

Sarah Kim, a physically disabled student at Columbia University, argues in the Columbia Spectator that “to be a physically disabled student on campus is to face disheartening, paradoxical experiences: many people notice you, but only a few, if any, will go out of their way to help you.” Kim notes that at Columbia, students with disabilities face a host of different challenges, including a lack of physical accommodations like ground-level elevators and what she perceived as a general low level of knowledge of disability resources among university staff.

While experiences on different colleges’ campuses may vary, on a federal level, certain accommodations for students with disabilities are mandated by law. Under the Rehabilitation Act of 1973 (RA), universities are required to provide resource centers to disabled students to offer academic accommodations to help minimize the effects a student’s physical or mental limitations might have on their learning. The ADA and RA have since been updated in 2010, to include mandates for stronger protection of accessibility, including requiring resident halls and dormitories to offer more accessible entrances in their structures and lower limits on reach ranges for control buttons in appliances and lights.

However, while federal protections for disabled students have increased since the inception of the ADA in 190, research suggests that colleges have not taken an active role in publicizing the availability of these resources to incoming students. According to a 2006 study of 85 colleges, none of the colleges surveyed provided any mention of unique services for people with disabilities, and only 40 percent made mention of the disability services they had to offer on campus.

Student remarks reinforce this idea that many universities approaching accommodation of disabled students in a reactive manner, as opposed to a more proactive approach.

“I feel like I’ve been the one telling them, ‘This needs to be fixed, this isn’t what I expected, we need to change this and this and this,’” Jesus Hernandez, a wheelchair-using freshman at Swarthmore University, said in an article from the Phoenix. Further investigation of student comments reinforced this issue of universities reacting to problems with accessibility after they had already developed.

On campus here at Colorado State, the university appears to follow suit in this reactive approach of accounting for the needs of its students with disabilities.

According to Resource for Disabled Students (RDS), an on-campus resource and advocate for students with disabilities, while CSU continues to improve its accessibility, challenges remain in some of its infrastructure and technology. Because many of the buildings on campus were constructed a long time ago, not all areas within them on campus are accessible to those in wheelchairs. Because CSU buys many of its online programs and software from third-party vendors, some of which do not take accessibility into account in their design of technology, some students may not be able to access critical information online.

While I understand that the university is taking steps to address these particular issues, it shouldn’t take complaints from students with disabilities for their needs to be considered when making planning and purchasing decisions as an institution. For example, if the university is going to revamp one of its online programs like RamCT, and it’s going to buy software from an outside party to do so, shouldn’t the accessibility of the software be taken into consideration before purchase? With all the construction occurring around campus, shouldn’t administration keep RDS up-to-date with developments so as to warn visually impaired students?

While I’m not meaning to imply that university leadership deliberately doesn’t consider these factors in their mission, it is still indicative of the present situation on campus in which the needs of disabled students aren’t considered until after plans have been set in motion. Many leaders around campus emphasize the value of inclusivity in our community, and they can put weight behind these words by bringing the needs of disabled students to the table to begin with. To truly be a campus inclusive of all in its community, then the needs of students with disabilities must be an active priority, not an afterthought.

Collegian Assistant Opinion Editor and Blogger Sean Kennedy can be reached at blogs@collegian.com or on Twitter at @seanskenn. He also hosts a weekly radio show, SUBMERGE, on Sundays from 7-9 p.m. on KCSU Fort Collins.