Should we continue factory farming or not? 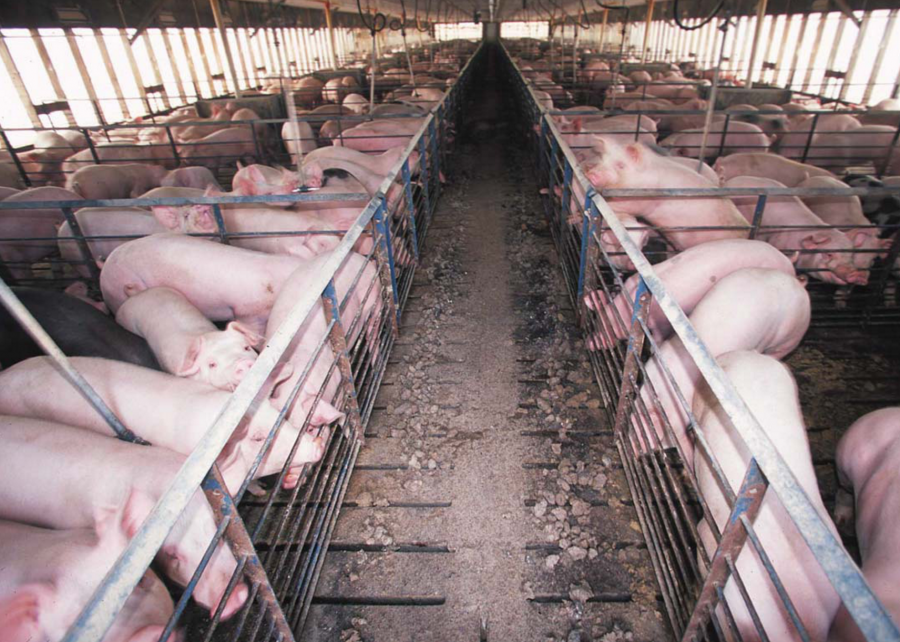 First things first, factory farms according to the USDA only account for 3% of the agriculture industry. This includes farmers with contracts with large corporations. The other 97% of ag is ran by family own farms. Next thing everyone needs to understand is farms are heavily regulated and watched by the government to ensure animal welfare laws are being followed and they are not selling sick animals to consumers. What you think of as factory farming is where you see the animals on a feedlot. Most animals don’t spend more than a month in a feedlot, as that is only an area where they are made sure they are; 1) free of antibiotics before slaughter. 2) free of hormones before slaughter. 3) fat enough so if they have to ship the meat far distances, the meat doesn’t rot and is flavorful.

Trying to control what people eat and telling them they aren’t allowed to have a product in their diet that their ancestors have had for thousands of years, is ridiculous and is something a dictator would try to do. Instead of attacking the agriculture industry as a whole, protest those companies that actually support the neglect of animals, like Chipotle and Subway. They don’t allow use of antibiotics in livestock, which is like your parents telling you that you can’t have antibiotics for your scarlet fever, strep throat, or pink eye. Animals have to go through a withdrawal period before slaughter to ensure there is ABSOLUTELY NO ANTIBIOTICS in the meat or dairy. So would you rather them sit and suffer from something completely preventable and not be able to use the contaminated body at all? Or be able to not waste a single bit of the animal for the good of a community as a whole? As a producer of livestock, we know that if we abuse an animal, the animal isn’t going to produce as efficiently and we are going to lose money. Also, animal byproducts are used for everything. The toilet paper you use? Yeah, it is in that. Candy? Good chance there is an animal gelatin in that. Car and bike tires? Yep, there is animal byproducts in that. We don’t just throw away the whole animal. They are utilized for almost everything you see and touch today.”

Industrial agriculture has made modern life possible. There are inherent costs, and necessary sacrifices, that must be made in order to feed the 325 million people in the U.S.—but factory farming, specifically of livestock, is not one of them.

It’s true that we would not be able to make as much food as we do without modern factory farming technology, and any abrupt end to the practice would not only raise food prices, but also be potentially very harmful due to causing food shortages. But when most people consider the issue, they stop here in the analysis—the system seems too ingrained into our economy, the demand for cheap food is too strong, and people’s hunger for meat in particular seems constantly high. However, this may not always be the case.

The rising demand for grass-fed beef in the U.S. is an indicator of a good-intentioned, though currently misguided, movement towards what people think is a more ethical way to enjoy meat; unfortunately, though, it’s not at all helping the problem. Well-managed grass-fed beef operations are marginally better for the animal and for the planet, but those key modifiers (“well-managed” and “marginally” better operations) create significantly more technicalities and just meager progress. The bottom line, though, is that people are willing to pay a little more (grass-fed beef costs on average $2.50 more per pound than grain-fed beef) for theoretically more ethical food. People in the U.S. on average spend 6.4 percent of their annual consumer expenditures on food, which is less than any other country in the world, according to the International Business Times. This includes other high-income countries like Switzerland and Sweden, which spend on average 11 percent and 12.2 percent respectively. We must get used to spending a little more if we wish for more ethical meals.

The better option to combat factory meat production is by eating less of it. Because not everyone is convinced by the very obvious morality-based arguments to “save the animals,” here are some other reasons why reducing the amount of meat in our diets (and consequently decreasing the level of demand that necessitates inhumane animal slaughter) is a good idea. This year, researchers at the University of Oxford found that a global switch to diets that rely less on meat and more on produce could save up to 8 million lives by 2050, reduce greenhouse gas emissions by two thirds, and lead to healthcare-related savings and avoid climate damages amounting to $1.5 trillion. These results would come from simply adhering to dietary guidelines recommended by nutritional professionals for healthy living, which involve reducing the amount of red meat, sugar, and total calories consumed. The benefits would naturally be greater if more people took on vegetarian or vegan diets. Some may attempt to rebut by expressing concern over the morality of reducing the production of meat products and the effects such change would have on ranchers, those employed by slaughterhouses, or even on the consumers who “have the right” to eat meat to their heart’s content.

In response to a hypothetical world where people are eating more fruits and vegetables and less meat, our industrial farming would need to increase in order to keep pace. It would not need to grow as much as we might think, however, because we are far from being in a position where all of the produce that is harvested in the U.S. is consumed, sold, or even picked from the fields. It was found that half of all U.S. food produce is thrown away, according to an investigation by the Guardian this year into official data and via interviews with dozens of farmers, packers, truckers, researchers, campaigners and government officials. This waste is largely due to unrealistic cosmetic standards for produce, the research says. Produce can be thrown out at every stage of the process: from the fields, warehouses, packaging, distribution, supermarkets, restaurants and finally from our fridges at home. If a lot less was wasted, not only would we be able to meet rising demand, but we would see additional positive effects related to depositing less organic matter in our landfills.

Factories may have brought the cost of eating meat to historic lows, but what goes on behind the scenes cannot be ignored, and cannot be justified, by citing the dazzling contributions made to our society by the miraculous millions of meat-lovers’ freezer pizzas and freedom-defending hamburgers that this system has helped us make.

However, what most students don’t know (especially at Colorado State) is that other students have been carrying on campus for years, completely unbeknownst to other students. The amount of guns carried on campus safely is astronomically higher than violent incidents on campus.

Should Campus Carry continue as it has been for years, or should it be outlawed?