Michael: Athletes should not be able to major in athletics 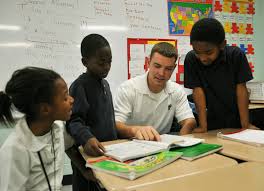 In a lot of ways, Pargman’s argument is compelling. In reality, however, this would essentially eliminate any reason for most athletes to pursue any type of outside education. The NCAA certainly has it’s fair share of issues, but the one thing it does extremely well is providing an opportunity for young men and women to use their athletic abilities to receive an education that they may not have access to otherwise.

If given the choice, some athletes would probably chose to major in the sport they play, rather than pursuing an academic degree, but that option seems short-sighted.

According to the NCAA, as of last April, there are over 480,000 student-athletes competing in various sports across the country. Of those student-athletes, roughly 73,000 play college football and about 16,175 were eligible for the NFL Draft last spring. Out of the approximate 73,000 college football players, 1.6 percent are projected to make it to the next level.

Simply put, most of these student-athletes need to be focusing on academics, because over 98 percent of them are going to be working day jobs like regular joes. Nothing is guaranteed in this world, especially in the realm of athletics, where your career hinges on health. These student-athletes need to be prepared for the real world with a legitimate college education, because without it, we would be setting them up for failure.

These individuals have been blessed with physical abilities and because of their athleticism are given an opportunity to further better themselves with a college education while continuing to compete. This way, the opportunity to compete professionally remains an option for the future, but when the more likely outcome results, they are not completely screwed.

There has always been a stigma associated with college athletes and whether they put the work in the classroom in or not. Obviously there are examples where schools have put athletic success over academic integrity, but the vast majority work just as hard in the classroom as they do on the field.

150 Colorado State student-athletes earned academic recognition for the 2015-16 seasons, meaning they posted a GPA of at least 3.0. Of those athletes, there are 20-plus majors represented, including math, mechanical engineering, Journalism and everything in-between.

Student-athletes are not defined solely by their chosen sport. These are highly successful individuals, capable of achieving great things. The notion that they should focus solely on athletics is an insult to their intelligence .

In 2016, it is no surprise that these types of suggestions are being thrown out. College athletics, especially the major ones, have become all about the money. The well being of student-athletes has become second priority to what brings home the big bucks. Who cares what happens to these young men and women as long as they win while wearing school colors.

I just hope Universities have enough common sense to better ensure the future of student-athletes when their playing days are over. Athletics play a large role and provide many excellent opportunities in the lives of student-athletes, but a degree in football is about as valuable as a certificate from a clown college.