Tougaw: Police militarization is a violation of the Third Amendment 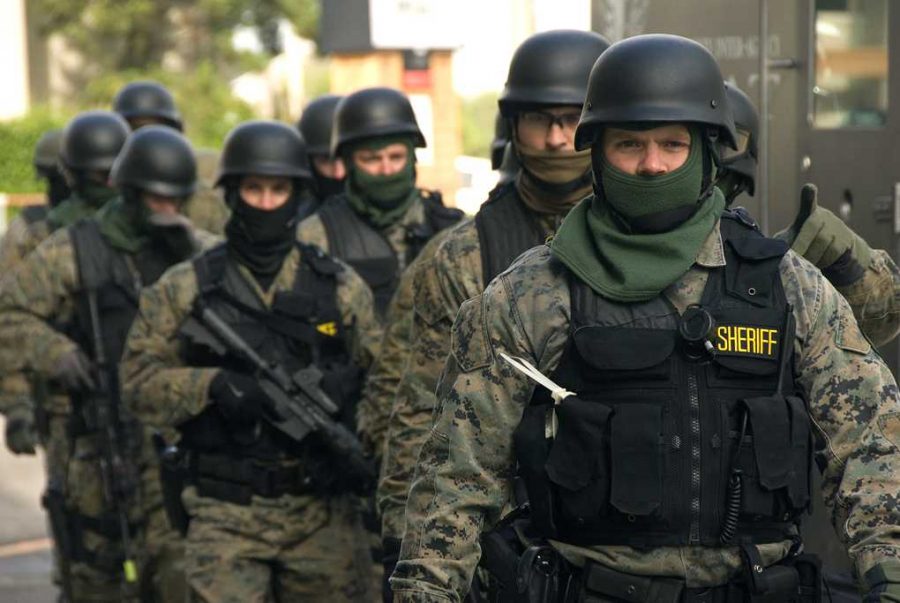 For you illiterates who aren’t familiar with the Third Amendment, it reads like this: “No Soldier shall, in time of peace be quartered in any house, without the consent of the Owner, nor in time of war, but in a manner to be prescribed by law.”

In 1765, British Parliament enacted the Quartering Act, which basically stated that American colonists had to pay the upkeep cost of British soldiers in North America. Additionally, if the British barracks were too full to accommodate all of the soldiers, the colonists were forced to lodge the soldiers in private residences. This was a gross violation of privacy and a clear example of theft by government.

Today, we sit by and watch as our police force grows ever more dangerous. Police are growing more and more militarized, with access to tanks, armored personnel carriers, hi-tec body armor, and even assault rifles! Tell me, what are the police going to do with surplus military Humvees and armored vehicles? Since the line between military and police is fading quickly, what’s the difference between quartering a soldier in your home and quartering a police officer? Nothing. There is no difference.

When a police officer comes into your home, he or she is completely violating the Third Amendment. What part of ‘No Soldier shall, in time of peace be quartered in any house, without the consent of the Owner’ is unclear? These police are basically soldiers, and they certainly don’t have my consent to show up at my house party and walk right inside like they own the place. I definitely didn’t consent to that.

Even if this officer had, lets say, a warrant or probable cause, they would still be in violation of this amendment. Where in the Third Amendment does it say “a soldier can enter a private residence if a judge says they can, or if they might have a good reason to do so?” Warrants to these police soldiers are in direct violation of our most important amendment. Additionally, even if they had probable cause, I’m sure the British soldiers had their own version of probable cause when they occupied the private residences of the colonists.

Here’s the most infuriating part: This amendment was put into place to stop colonists from having to pay the upkeep of soldiers. Well guess who pays the upkeep of these militarized police soldiers? Ding-ding, that’s right! Its our tax dollars! Our hard earned money is being siphoned away by the government and turned into battle tanks that roll into our neighborhoods, shoot our citizens, and walk right into our homes.

We, as college students, have proven ourselves to be masters at protesting and complaining about things. Well, now it’s time to protest and complain about something that truly matters. Fight for the Third Amendment, or America as we know it will cease to exist.

Please note that this piece is satire and should not be taken seriously.