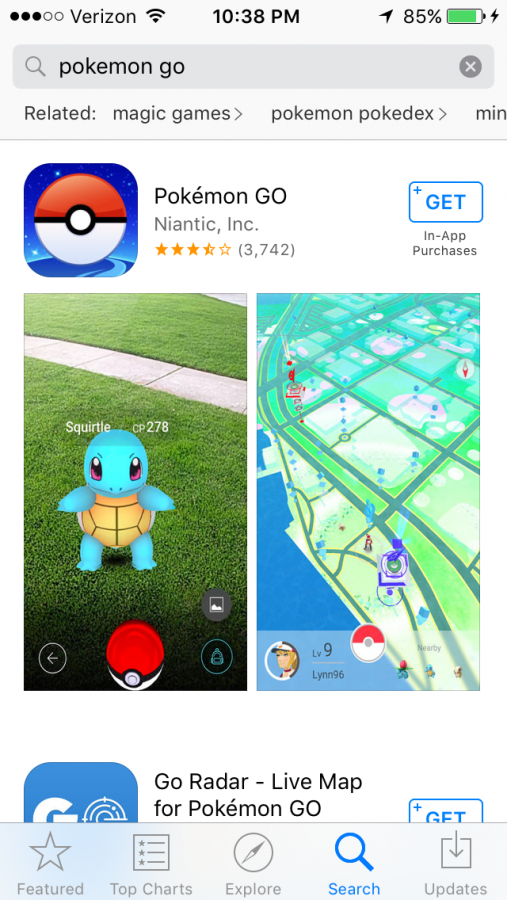 For those who don’t know me, I am not a big fan of smart phones. Believe it or not, I managed to live through high school with only a few flip phones until my parents gave me an iPhone 5 for graduation—which I still use today. The screen has been cracked for weeks and my phone charger has a short in it, but I couldn’t care less so long as I can still make phone calls.

Yet what really bothers me isn’t the thing itself, but rather the obsessive and inconsiderate habits it creates for those who let it control them. Nothing drives me crazy more than being around someone who is constantly scrolling through Twitter, taking selfies on Snapchat—or even worse, playing Pokémon Go.

According to Forbes magazine, “Pokémon Go is officially the biggest mobile game in the United States, with 21 million active daily users, edging past Candy Crush Saga’s 20 million peak active user count in the U.S.” Given its enormous success in the U.S. and worldwide, the game poses several social issues I think are worth discussing.

Since its release last month, I have noticed a significant increase in the number of people staring at their phones while in the presence of others, while driving, and even during school, work and other obligations. Equally irritating is the fact that it is no longer an oddity to see people wandering around in parking lots and shopping malls like zombies, completely unaware of their surroundings. To me, this kind of behavior is extremely rude, unsafe and nonsensical—especially because a majority of the people playing are old enough to know better.

As a journalism major with a minor in sociology, I am fascinated by the ways in which technology has disrupted such basic human functions such as spending quality time with those we care about. Ironically, the disconnect seems to have begun with the onset of text messaging in the 90’s, when convenience gained popularity at the expense of personal interaction. Since then, the inventions of social media, smartphones and apps like Pokémon Go have greatly worsened the issue, making them highly responsible for a society that lacks authenticity.

Next to Snapchat, I find Pokémon Go to be one of the most ridiculous crazes that has taken hold of young generations in the recent past. While I admit I don’t understand the appeal (I was never into Pokémon as a kid), I simply can’t imagine a mobile game being so amazing that I would give it a higher priority than the respect and safety of those around me.

Yet, I see it all the time. I once saw a woman catching Pokémon in the lane next to me on College Avenue, and I found myself weaving through Pokémon Go players on my way to class last week. Too many times have I turned on the news and heard about Pokémon-related violence or seen young children wandering around Old Town with iPhones in their hands.

Our time on this earth is finite and fragile, and I hate seeing those around me getting sucked into an artificial state of being. I say it’s time to put down the smartphones and rediscover a life independent of the apps that literally control our every move.