Our View: Take a hard look in the mirror, America, or the glass will shatter 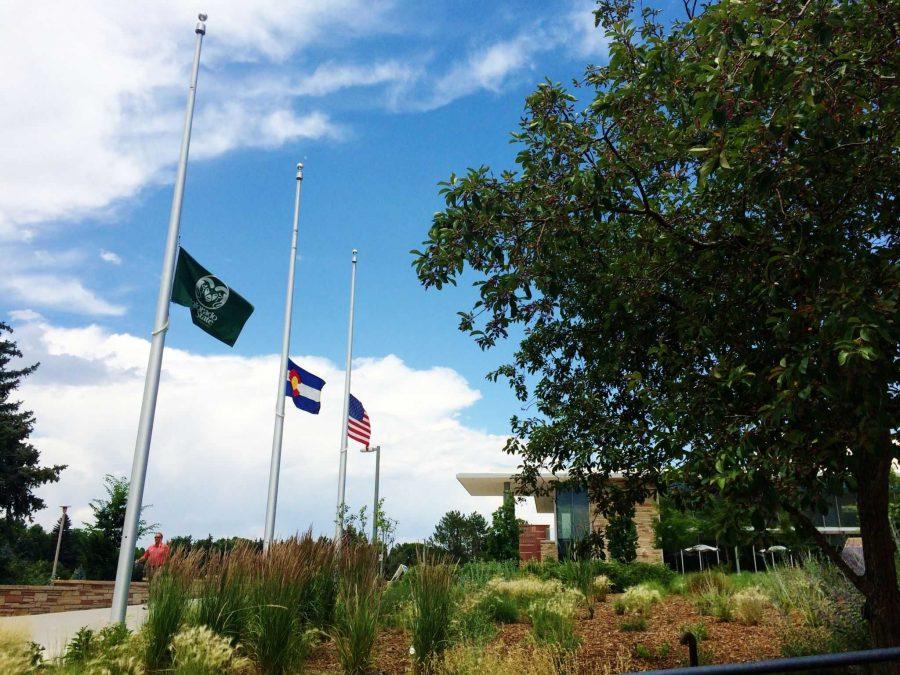 It has barely been ten days since Colorado State University lowered its flags to half-mast in respect for the five police officers who were killed in an attack in Dallas, Texas.

A few days later, the flags were raised back to their normal height. On Sunday morning, three more officers were slain in Baton Rouge, Louisiana, and the flags were lowered again.

And in many ways, it feels like the flag could have stayed at half mast every day for the last month.

On June 12, there was a mass shooting at the LGBTQ nightclub Pulse in Orlando, where a 29-year-old security guard, killed 49 people over the course of a few hours early in the morning. Eddie Justice, a 30-year-old man who had been in the club for a few minutes, texted his mother from the bathroom of Pulse. His final words to his mother, in these texts, were, “I’m going to die” after he told her he loved her. His mother collapsed at his open-casket funeral.

Justice and 48 other club-goers had no idea their lives would end that day.

On July 6, Philando Castile was next to have his name up in lights, but for all the wrong reasons. In a live-streamed video on Facebook, Castile’s girlfriend recorded the simple traffic stop that ultimately led to his shooting by Police officer Jeronimo Yanez. A 4-year-old child and the world witnessed the killing of a man who was ambitious and well-loved by the children in the school district he served as he reached for his ID and complied with the officer. He had a concealed carry permit, and his gun was reportedly laying on his lap.

Castile and his family had no idea his life would end that day.On July 7 in Dallas, Texas, five police officers were killed and 12 injured by an army veteran who was armed with a sniper rifle. The city, with one of the most progressive police departments in the country, had been trying to rid itself of its moniker “The City of Hate” after the JFK  assassination. In an horrifying act of irony the shooter, who said he wanted to kill white people and was motivated by recent shootings of black people by police, killed the officers during a peaceful protest of police brutality. Local law enforcement had been taking selfies and engaging with the crowd in a peaceful manner.

The five officers had no idea their lives would end that day.

And yesterday in Baton Rouge, Louisiana, three more officers were killed in a shooting by a marine corps veteran who was targeting police officers. The shooter ran “Convos with Cosmo”, a blog where he posted about how to be an “alpha” under his alter-ego “Cosmo.” Baton Rouge Officer Montrell Jackson had posted an impassioned plea to his friends on Facebook three days before the shooting to not let hate infect their hearts.

Jackson and two other Baton Rouge officers had no idea their lives would be lost that day.

We could only watch in horror as innocents were slain, so many of whom have not been listed here alongside the dead, and as the violent and vicious reacted to brutality with more brutality. We ask ourselves in times like this if there will ever be an end to the senseless violence, and if we are indeed one nation, indivisible.

It is difficult to try to deal with and comprehend so much tragedy in so little time, and even harder to answer difficult questions of race, of police brutality and of when we can wake up without reading or hearing soul-crushing news. We may never know the answers to these questions, but we cannot ignore them.

We all have our opinions, and we are all entitled to agree and disagree with whatever we hear. One person will say guns are the problem in mass shootings, another will say it’s Islamic extremism. One person says the police have racist tendencies, another says the Black Lives Matter movement is toxic. One person votes Trump, another votes Clinton.

But to solve any of these perceived problems, we need to talk, on the national stage and in our living rooms. It is too easy to react to soul-destroying news with anger and fear, and it is too easy to confirm your own political beliefs before the whole story is revealed. We must instead react with empathy and grief for the fallen, and with a clear and calm mind to move forward together.

America is not inherently an ugly country, although there is undoubtedly some ugliness in it. If we only see our ugliness and the parts of ourselves we are ashamed of in the mirror, then we need to turn around, stare into the whites and blacks of our eyes and take a hard look.

We are all the same in this mirror. We are all human, and we are all afraid. We must realize that the people who sit across from us have had experiences we will never fully know, have led lives we can never fully realize and have faced difficulties and challenges that we would have never thought existed.

Unless we begin to talk honestly and with empathy with one another about the issues that have brought us to this point, we will only serve to polarize ourselves from each other even more, and find our feet torn apart by the shattered mirror that we ignored.

The Collegian Editorial Board can be reached at editor@collegian.com or on Twitter at @CSUCollegian