Tougaw: Of course Trump is winning — the ‘silent majority’ created him 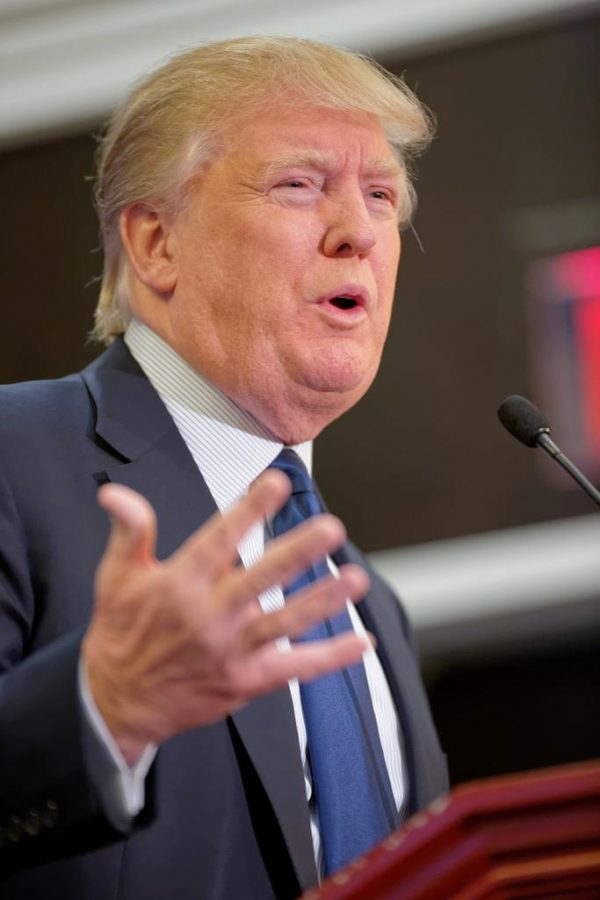 I feel the need to start this off by saying that I in no way, shape or form endorse or support Donald Trump. His policies are an incoherent disaster, and he’s a nuisance not only to his own party, but to the progress of our political practicality and progress as a whole.

Now that that’s out of the way, let me say that this guy is a genius. Depressing as it is to say, he’s a smart dude. It seems that the more successful he is, the more people say, “I can’t believe how successful he is.”

The fact is, it’s really, really easy to see why Trump is doing so well. He might say outlandish things, but his success should come as a shock to no one. Here’s why: He’s the alpha male in any room he walks into. Period. He is also the physical embodiment of the resistance to the absolutely insane social justice, PC culture movement that has stormed across college campuses.

Unfortunately, for Trump, it’s all of these and more. He walks into a room and commands attention. He owns that room the moment he walks in, and everyone knows it. This is what we call confidence, and humans are attracted to it more than anything else. Trump truly believes that he can do and say whatever he wants, and despite the fact that much of what he says is moronic, humans are naturally attracted to it. This is the same reason the quiet kids in high school never got to date the cheerleader. Even though the quarterback was a jerk, he was confident, and people like that.

Dr. Mark D. White of Psychology Today says, “The first, more formal version of confidence is similar to faith: it’s based on believing something you don’t know with certainty. If you were aware that you possessed a certain quality, you wouldn’t need confidence in it — it’s only when you can’t be sure that you need confidence.” This is true for almost every successful person ever. This is your high school quarterback. This is the fraternity guy that you love to hate. This is Trump. They dress well, speak well, use body language well and they ooze confidence.

The second reason he’s so successful is that for the past few years, these social justice warriors of “don’t offend anyone” culture have swept across college campuses and completely destroyed any dialogue or opposing viewpoints with ridiculous and hypocritical beliefs (disclaimer: that’s only my opinion — hate me if you will).

Trump supporters often call themselves the silent majority. This means that they represent a majority of people who don’t often share their opinions publicly. I know from experience, especially among my conservative friends and colleagues, that many conservatives don’t feel like getting obnoxiously in your face about their beliefs because they believe that if their beliefs are really correct, they wouldn’t have to coerce people into believing them.

They say that’s why you always see Bernie Sanders supporters out on college campuses and hardly ever any conservative supporters. This kind of thinking represents the silent majority. Lead not by words, but by example. What does this have to do with social justice warriors?

This college-oriented PC movement has become so out of control that members of the silent majority would do almost anything to distance themselves from the liberal left. Literally, many Trump supporters give him their support specifically to anger and spite college liberals. I know this from talking with Trump supporters.

Again, this is a direct result of the outrageous level with which these people have shut down opposing viewpoints. The University of Missouri SJWs got their football team to boycott their own game, forcing their school president to resign. While the original intent of the Missouri protests was to address racial issues, which is an idea that has genuine merit, it nosedived into a complete blackout of opposing viewpoints and media coverage.

Milo Yiannopolous, a gay British reporter, had his speech on tolerance shut down by liberal protestors.

The list of outlandish events goes on and on, and the trend of censorship and aggression by PC culture does nothing but alienate people who are in this silent majority. Many will respond to this by saying, “Well, yeah, that’s the point. Those people are the problem.” And while that may be true, you have to live with the repercussions, which include Donald Trump. His supporters are literally giving him the support he needs because spiting and angering college liberals is their political response.

Trump’s success has brought these silent majority people out of the woodwork and helped them to not be so silent. Usually, racist and otherwise unsavory comments made by people who aren’t Trump would get blasted by the left and totally overwhelmed with comments like, “You’re a racist homophobe bigot cis patriarchy scum,” whatever it happens to be. The problem is, this response does not lead to discourse. You can’t argue against it as it doesn’t often have a logical reasoning to it. Trump supporters know this and respond in the most effective way possible: supporting Donald Trump.

Combine Trump’s confidence and his aura of success with his supporters’ absolute disgust and disdain with those that he offends, and it’s no wonder how he became so popular. He presents himself as a winner, and he actively attacks those that the silent majority can’t stand. It’s really a genius recipe for success.