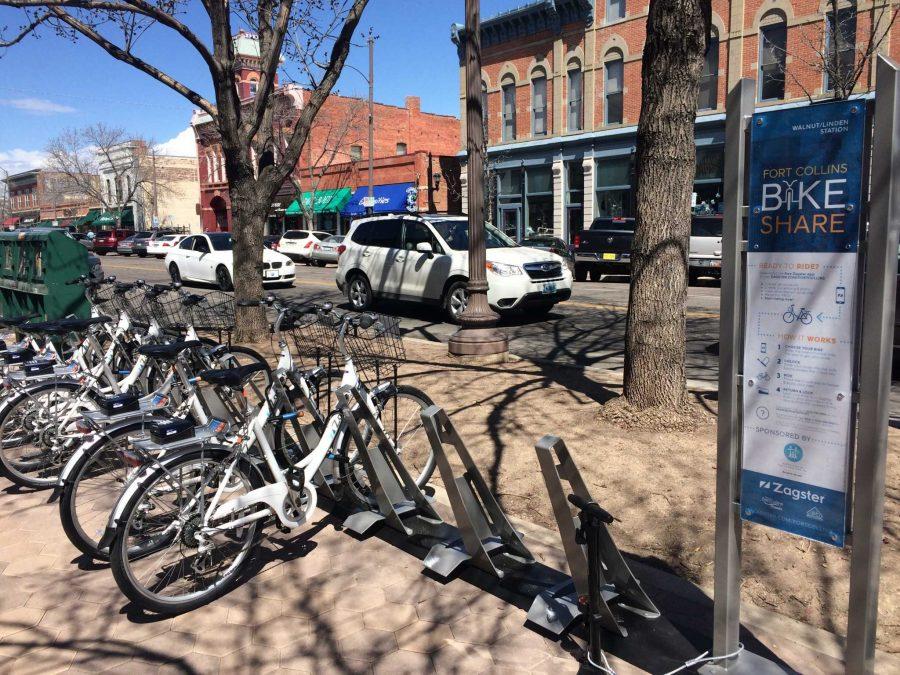 Born and raised in Fort Collins, I have been fortunate to grow up in a bike-friendly city that promotes alternative transportation and environmentally-friendly lifestyles within its community. During my childhood, family bike rides along the Spring Creek trail were a regular summer activity, as well as holiday bike parades and trips to the park. More recently, my summer nights have consisted of late-night biking adventures with friends, daytime trail rides and treks from the drive-in movie theater to Old Town Square for downtown music festivals like Bohemian Nights at New West Fest.

Although I used to hate getting bugs in my eyes and mosquito bites as the sun went down, I have realized with age how lucky I am to have grown up in a tight-knit community that fosters outdoor recreation and environmental responsibility, as opposed to the corporate materialism of a big city. From a young age, these values have been engraved in me and have shaped the way I want to live the rest of my life. For others who were not so lucky in their upbringing, however, now is their chance to get outside using Fort Collins’ new bike share system.

Organized by the City of Fort Collins FC Bikes Program and Zagster, the largest bike share organization in the country, 79 brand new cruiser bikes have been placed in 13 different locations on the north side of Fort Collins this month.

Renting one is easy; all you need to do is download the Zagster mobile app, select the appropriate membership and enter the code of the bike you wish to borrow. You will then be able to open the corresponding lockbox and find the key for your cruiser’s U-lock. The first half hour of your ride is free and additional ride time costs $2 per hour, but if you’re planning on riding more frequently and can’t afford to get a bike of your own, you can buy a 24-hour pass for $7, a weekly membership for $15 and an annual membership for $60.

The inexpensive cost of participating in the bike share is one of the reasons I think the system makes so much sense for Fort Collins—and especially for CSU students—in addition to the incentive of convenience it uses to promote alternative transportation.

Understandably, most out-of-state students that live off campus rely on their feet, cars or public transportation to get to class or work during the school year, since no one in their right mind would pay to put their bike on a plane, and fitting it in the car with the rest of their stuff can also be problematic. Although there is a Recycled Cycles on campus, which sells both new and used bikes, they are usually still expensive and unaffordable for most college students whose parents won’t foot the bill.

For these students, the bike share is a sensible alternative because an annual pass costs much less that it would to buy a bike or drive to class year-round. In addition, the cruisers can be returned to any of the 13 locations and confirmed using the app, making for a convenient mode of transportation in the downtown area between students’ houses, work, the grocery store, etc. They come equipped with a bell and both front and back lights for safety purposes, as well as a basket for groceries, books or a small dog if you’re one of those people.

Not only are the cruisers cost-effective and relatively safe—seeing as the only thing not provided is a helmet, which you can buy for $5 from the Bike Library at the Downtown Transit Center—they can also serve as a bridge for big-city newcomers to adapt to Fort Collins’ bike culture. The convenience of the system will encourage people to get outside and exercise more often, creating a healthy habit and a more environmentally conscious alternative to driving. And yes, bikers do sometimes still get hit by cars in Fort Collins despite their omnipresence, but there are many adaptations like wide bike lanes and trail routes that reduce this risk in comparison to most other cities.

In all seriousness, the bike share is a good move for a city that is already known for its bike-friendliness and concern for the environment, and will prove especially useful for CSU students who currently rely on their cars because they either can’t afford to buy their own bike or bring theirs from home. For the rest of us, the bike share might prove useful in the summertime between drinks at New Belgium and Odell’s.