Kennedy: Vaccinations should be compulsory for Colorado public schools 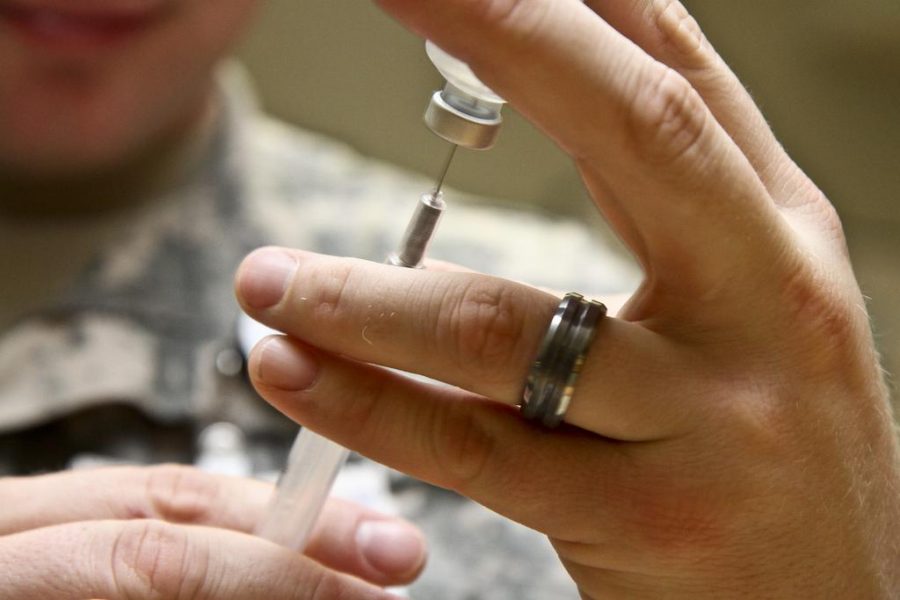 With the digitization of information and technology this century, consumers are growing more informed and conscious of what they choose to consume and put in their bodies. However, this heightened awareness has not always led to people making better choices for themselves.

This phenomenon is typified locally by the parents of more than 2,300 students of Poudre School District who chose to opt their children out of vaccinations.

While this number only makes up a small, 9 percent portion of the district’s student population, the decision of some parents to not vaccinate their children is still mystifying because it flies in the face of common medical and scientific knowledge. While this insistence on “going with the gut” so to speak might be relatively harmless when it comes to matters of belief, such as choosing to reject the widely-accepted theory of evolution in favor of other personal explanations, disregarding almost-universally accepted medical practices should not be okay under these circumstances because the decision not to vaccinate children can affect the health of others far outside the family. Vaccinations should be compulsory for attending public schools in Colorado.

Now, I generally air on the side of respecting personal freedoms when it comes to the question of government control of any health or social choice, and I respect that current state policy on student vaccinations allows for exemptions for personal, religious, or medical reasons, but this is one area of health that deserves a strict mandate of compliance.

For one, while medical science is not an omnipotent source of knowledge, as medicines and other procedures are continuously modified and improved, the vaccinations required for children to attend public school are tried and true science; they’ve proved effective for decades and are indisputably safe. There also aren’t that many required. While some parents might make the slippery slope argument that doctors are trying to push more and more shots onto their kids, the truth is that Colorado requires only six (whooping cough, tetanus, polio, measles, hepatitis B and chickenpox) for schoolchildren to be deemed properly immunized.

In fact, it is actually more risky for public schools to allow parents to send their kids to class un-vaccinated than it is to make the practice mandatory for its students. Studies by the Scientific American have found that not only are un-vaccinated children significantly more likely to catch the diseases other children are vaccinated for, they also pose a health risk to other, vaccinated children. Meanwhile, the claims that vaccines can be linked to autism and other terrible conditions have yet to be supported by any science.

Again, while it is important to respect other people’s beliefs, we cannot let people relying on false science to continue to send their children to public facilities un-vaccinated when they pose a heath risk to others in the community. Public school districts have a duty to assure that their schools are a safe place for their employees and students to work in, and the health of these learning communities must take precedence over personal beliefs in this case. Vaccines cannot cause autism, correlation does not prove causation, and schoolchildren’s health should not be less of a priority than respecting parents’ rights to pseudoscience.