Kennedy: Social Host Ordinance is an overstep of local government 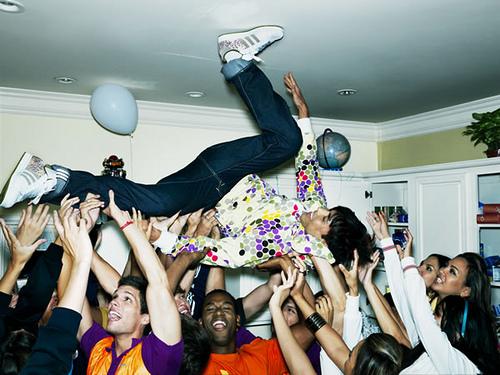 For many of us, the days of having our private lives monitored end when we move of our parents’ house. However, a new law in Fort Collins is looking to change that.

Fort Collins’ City Council recently approved a Social Host Ordinance on first reading. The law would make party hosts legally responsible if minors were to be found consuming alcohol or marijuana at the event. Violation of the law would result in a civil infraction that would come with a fine of up to $2,750.

This proposed legislation is yet another example of ineffective government intrusion into the private lives of citizens. These type of “social host” laws do not have a track record of success, and its implementation in Fort Collins would only serve to expand the powers of law enforcement at the expense of our privacy, while having little to no impact on the issue of underage drug consumption. It should not be passed by City Council.

I understand that underage drinking is a concern, but expanding the powers of the police to surveil private parties only serves to further the social stigma surrounding the habit, which could influence a greater number of young adults to drink. If our community wants to ‘solve’ the issue of underage drinking locally, simply passing laws that allow police greater power to search for the problem won’t actually do anything to offer a solution. It isn’t even our place to be seeking out this behavior to begin with.

The fact of the matter is that underage drinking, or any drug use by minors for that matter, is a subject best addressed by parents with their individual children. I’m confident that most parents would not appreciate other people telling them how to raise their kids, so why should we grant anyone, especially local law enforcement, the legal authority to do so? No one has the right to dictate how others raise their children, as long as they’re not being harmed or harming others, just as local government has no right to dictate citizen’s behavior on private property (with the same caveat).

Even the people who wrote this legislation seem to understand this principle, as the ordinance grants exceptions for drug use by minors that have parental permission, or that is for religious purposes. However, this then brings the purpose of this legislation into question. If city legislators agree that dictating the private lives of young people is the sole prerogative of those people’s parents, then this law ceases to look like the work of an overzealous helicopter parent and begins to look more like a thinly-veiled attempt to increase the surveillance powers of local police under the guise of social good.

This isn’t meant to accuse local legislators of deception or malicious intent, however, this question is a more than fair one because, on the face of it, that’s all this law really stands to do. While party hosts would be legally responsible for the conduct of others at their events, the crucial aspect of this legislation is that it would be enforced outside the city’s public nuisance code, which in essence would give police the power to monitor all private parties, regardless of if they had received complaints or not.

Local authorities even admit this, as Police Lt. Jeremy Yonce was quoted in the Coloradoan as saying the ordinance would help police deal with parties that might not be considered nuisance gatherings, but where underage drinking is occurring. Not only does this present possible legal issues for the city, as enforcing law under the premise of presumed guilt is unconstitutional, but it’s greatly problematic for young adults and college-aged people in Fort Collins because it could implicate a lot of otherwise-upstanding people for the behavior of others.

Think about it. Is it fair to expect the hosts of parties to be vigilant and knowledgeable on the identity and age of every single person that might be at their private gatherings?  If you don’t respect others’ rights to private property, this law sounds awesome on paper, but have you ever been to a party, much less in college, where the host was so on top of things that they knew exactly everyone who was there and their age?

Absolutely not. It’s a ridiculous, unrealistic expectation to hold other people to, and it’s unfair to even consider this type of legislation in an area with a large college-aged population because they will be disproportionately affected by it. College students party more than most any other demographic in town, but I can safely say that no one of any age is going to be passing their IDs around before they pass a handle or a spliff.

Again, parenting people’s behavior is a task best left to actual parents, and local government has no right to dictate people’s behavior, provided they’re not harming anyone. If city council wishes to address underage drinking in our community, there are several, actually effective alternatives they could pursue that don’t infringe on citizens’ rights. If they wish to expand the surveillance powers of police, they should do a better job of disguising those motives in the future. Whatever the intent, this ordinance would be not be effective or respectful of citizens’ rights, and should be rejected at the next possible opportunity.