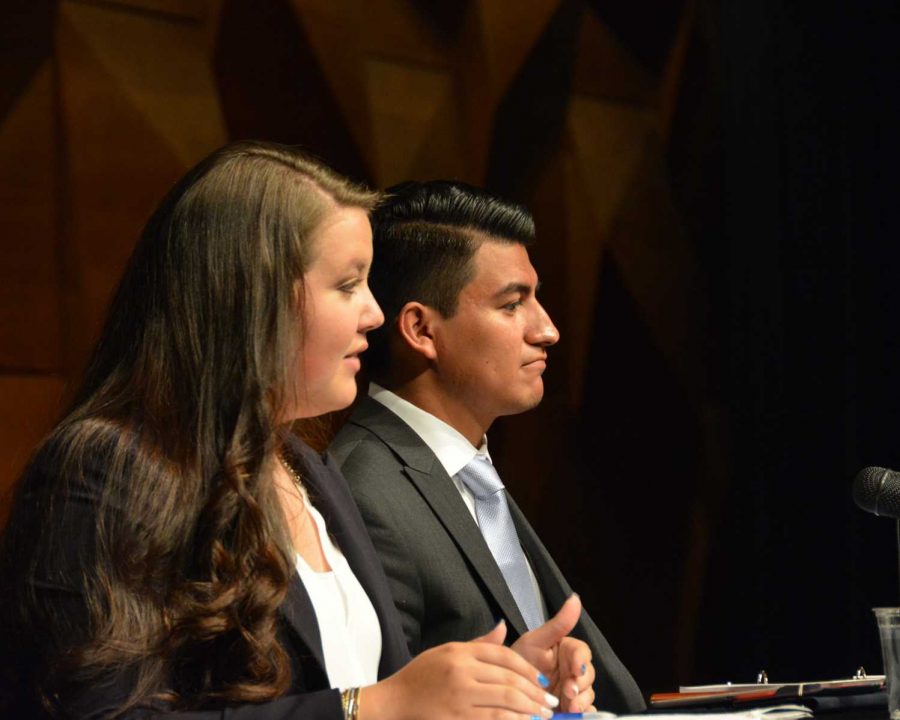 In a year that included contentious debates over diversity and a possibly problematic office culture, the election for president and vice president of the Associated students of Colorado State University could not be more important.

Sadly, however, student turn out has proven to be well below the 10 percent minimum of votes needed to ratify the current ASCSU constitution. If it stays below, every amendment and change will be undone. This means the diversity bill that was passed after a historic and emotional senate session will count for nothing.

Now, with Wednesday being the last day to vote, students need to make their voice count. After meeting with each campaign, the Collegian Editorial Board has decided to endorse Ashley Higgins and Steven Losolla as president and vice president.

Unlike in years past where  campaigns brought very different problems to the table, this year the candidates agreed on almost everything. Both campaigns mentioned the need to reach outside of ASCSU and find students who wouldn’t normally apply to be a part of ASCSU. Within the organization is a culture that needs to be reestablished, particularly in senate where important topics have been been put through a dysfunctional process void of direction. Higgins and Losolla offer a vision for ASCSU that this editorial board believes is the best chance to fix these problems and also represent the broader needs of students on campus.

Many of the ideas proposed by Daniela Pineda Soracá and Mike Lensky’s campaign were notable, such as promises to improve communication and collaboration. However, their campaign and plans lacked the depth found within the Higgins and Losolla campaign.

Regardless of who wins, however, it is essential for our elected student representatives to acknowledge the low voter turnout from a student body who are either unaware or uncaring about the election process. There is a hope from both campaigns that these problems will be resolved by bringing in new members and and providing a new direction to reinvigorate the organization.