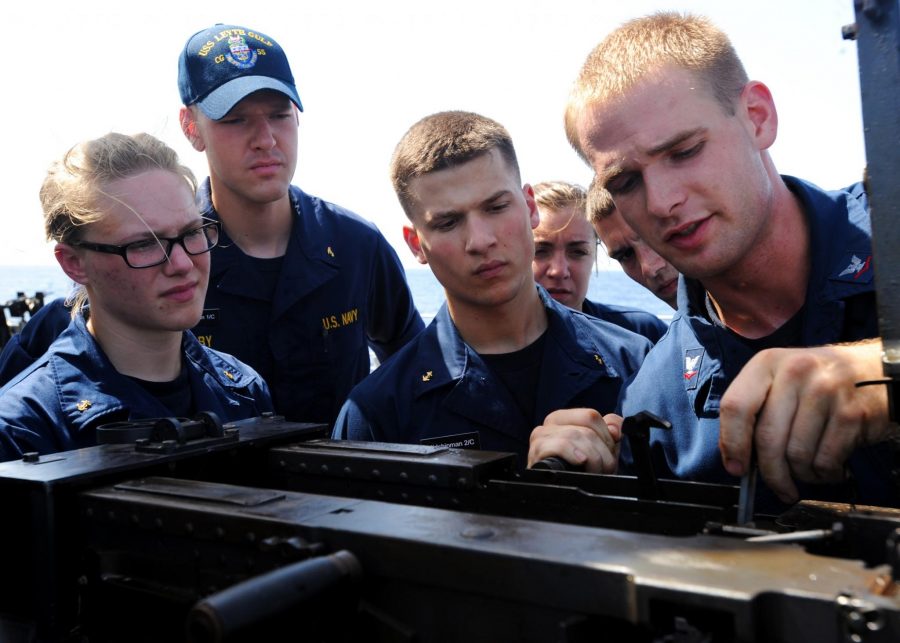 If any of you grew up like I did, you probably had to take swim lessons in either middle school or high school. It didn’t matter if you liked or hated swimming, it was and still is a condition for graduating in many high schools in Colorado. Its also just a societal norm that everyone learns to swim.  But what does swimming have to do with succeeding in society or getting a job? The answer is absolutely nothing. The reason schools do it is because at some point in our lives, almost all of us will come into contact with water, and knowing how to swim unsurprisingly keeps people alive, should they accidentally fall in, or just use water for fun. The same approach should be taken towards firearms. If we want to stop people from accidentally dying from or playing around with guns, we must teach gun safety, understanding, and respect, instead of perpetuating a fear based misunderstanding of these tools.

Whether you like it or not, in a country with around 300 million firearms, you are surrounded by them more often than you know. Unsurprisingly again, this leads to a lot of people dying from guns. What is surprising is the manner in which people die: more than 60% are from suicide alone, while 35% were homicides. That leaves around 3-5% to fall under ‘accidental shootings’. From 2005-2010, around 3,800 people died from unintentional shootings, and 1,300 of those were under the age of 25, according to the FBI and CDC databases. But it gets worse. In 2015 alone, 13 toddlers accidentally killed themselves, 18 injured themselves, and 12 people were killed or injured by these same toddlers. 100 percent of these mishaps were entirely and easily preventable.

While gun suicides and homicides are a very important topic, I want to focus on accidental gun deaths. The fact is, there is only really one other form of accidental, non-self-induced death that rivals gun deaths, and that is car accidents. According to the CDC, in 2014, gun deaths and car-related deaths stood exactly the same at about 10.3 people per 100,000. Regardless of what the object, gun or car, is intended for, I think we can all agree the death toll is too high.

Most of us took driving lessons in high school. It seems insane to not take driving lessons, as getting your license without practice would be catastrophic. The reason why schools do this is because so many people are killed each year in cars that some sort of education is a must to keep people safe. And for those of you saying that if you need a license to drive a car you should need a license to own a gun, just remember you don’t actually need a license to operate a motor vehicle. Turning a key in the ignition starts a car with or without a license.

On top of driver’s education, new drivers are constantly shown the dangers of driving. They are shown horrific pictures of accidents, and shown the heartbreak and grief that families are faced with following the loss of a child in a car accident. Why don’t we do the same thing with guns? Guns are brutal, powerful and unrealistically depicted in Hollywood. Showing what they can really do would likely be way more effective to instill the necessary level of respect and caution in people who choose to own or interact with guns.

One common response to this is “ban all guns! Take them all away!” But that is pretty unrealistic. Even President Obama, a liberal Democrat, has been quoted saying that he doesn’t want to take away all the guns. Even ultra left-wing Presidential nominee Bernie Sanders said in an NPR interview, “I think guns and gun control is an issue that needs to be discussed…I think that urban America has got to respect what rural America is about, where 99 percent of the people in my state who hunt are law-abiding people.” Guns aren’t going anywhere.

Acknowledging this, it’s time we started educating people on what guns truly are, what they do and how they work. Much of people’s understanding of guns, especially new buyers, comes from movies or video games. Here’s one quick example showing that the general populace does not understand how guns work: You know the black box that soldiers put underneath their assault rifles in movies? That thing holds a bunch of rounds (not bullets) is called a magazine. On average, a magazine holds between 10-30 rounds. But did you know that even if you take the magazine out of the gun, it can still shoot? Most people don’t know that. Yet every year, someone picks up a gun thinking it can’t shoot because there’s no magazine, and ends up hurting themselves or someone else. Its simple things like this that could be avoided with a general gun safety class 101.

In fact, a middle school in Colorado has already started doing this. Craver middle school in Colorado City has brought guns into class for students to touch, hold and eventually shoot. They’re doing this so that these kids don’t find a gun and think it’s a super cool movie prop to shoot and play with, or take lightheartedly. They gain respect and understanding of how they work, and get comfortable doing so. I believe that this training could not only save these kids’ lives, but that knowledge will affect their community as a whole. To be clear, I am not advocating for a bunch of middle school students walking around school with rifles on their back, nor is this what Craver middle school is doing. They are bringing them into class and taking them away, just like schools do with student driver cars.

In the end, a toddler grabbing a gun out of mommy’s purse and shooting someone is an absolutely tragic, and extremely avoidable scenario. A kid finding a gun in daddy’s closet and pulling the trigger accidentally is equally as tragic and equally as avoidable. With proper education and respect for the capabilities of firearms, I think that we can live in a country where these stories are virtually unheard of. I also believe that with this education, gun violence as a whole will continue to fall, as it has been for years.

Respect, education and understanding are paramount in any aspect of adult life, especially when it comes to firearms and the potential dangers they present. Owning a firearm is every American’s right, and every American’s choice. But it should also be an educated choice above anything else. Collegian columnist Taylor Tougaw can be reached at letters@collegian.com, or on Twitter @ttougaw.