Thompson: Spring is for breaking…and taking care of the environment 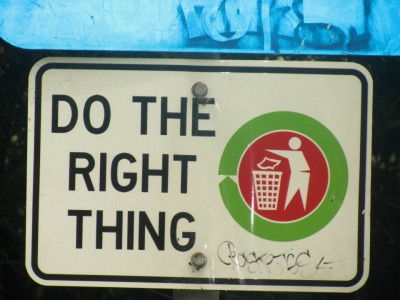 As spring sets in, study sessions are interrupted by daydreams of a Hawaiian beach and the warm Colorado sunshine lifts the spirits of students on the way to take their midterms. Change is in the air; the wind carries an earthy scent and soon the flowers will bud. Like the beginning of a new chapter in the story of our journeys at CSU, spring is upon us once again. Not only to we have a week to get away for spring break, but weekend road trips and camping trips also seem more appealing in the nicer weather.

As fun as it is to break away from academic responsibilities for a little while, it is important that we remain respectful of the natural world around us during this time. I know how easy it is to be reckless under the premise that we deserve a break from the stress of college classes and heavy workloads, but we must do so without endangering those around us who have little choice in the matter—especially when it comes to our selfies.

Last month, a baby “La Plata” dolphin was killed by tourists in Argentina who grabbed it out of the water to take selfies. Already prone to endangerment due to fishing, the animal died both of trauma and dehydration as the crowd passed it around. The video immediately went viral and the Argentinean Wildlife Foundation got involved, but no one was charged for their torture of the rare animal.

Not even a week later, a man wrestled a small shark onto a beach in Florida, where he posed for several photos and failed to return the animal to the water after the several-minute-long ordeal. The end of the viral video shows a different man returning the shark to the water, where it visibly swam a short distance, although its current condition remains unknown. Although the footage is clear, the man remains unidentified and uncharged for the incident.

According to Elizabeth Hogan of the World Animal Protection non-profit, “Removing a shark from the ocean for the sake of a selfie is highly cruel. This animal would have been suffocating and unable to breathe the entire time it was kept out of the water.”

The fact that no one in the enormous crowd spoke up about the possibility that passing around a suffocating dolphin is animal abuse bewilders me, and to think that another person would have to return the shark to the water after the man left the scene is even more infuriating. My family went to Hawaii last year for spring break and encountered the same thing; a sea turtle had been repeatedly slammed up against the rocky shore by big waves and I had to tell people not to get too close to it—and I’m usually not the type to call strangers out.

My question is this: How have selfies become such a priority in contemporary society that tourists wouldn’t think twice before endangering the lives of exotic animals to get a certain amount of likes on Instagram? And how do these people get away with no penalties?

These instances show the disrespect many tourists have for their natural environments while on vacation, and I hope that no CSU student would have the audacity to do something like this during our spring break or those random spring getaways we take during the weekends throughout the semester. We are lucky to live in a state that enforces laws to protect the environment, but unfortunately that does not always stop people from being selfish and destructive. And as much as I hate to say it, college students are notorious for leaving their trace.

I see this all the time even in Fort Collins, as beer cans and broken glass are a common sight at Horsetooth Reservoir and full dog bags line the hiking trails. Not only does this kind of apathy ruin the natural areas for others, but it can harm wildlife in the area if no one picks up after us. And as fun as it is to hike off the trails, Colorado is home to many unique plants like the columbine and other wildflowers that are vulnerable to extinction if stepped on.

So wherever you may go on a springtime adventure this semester, take this as a reminder to be courteous to the natural world around you.