The Collegian Editorial Board endorses Gov. John Kasich for the Republican primaries 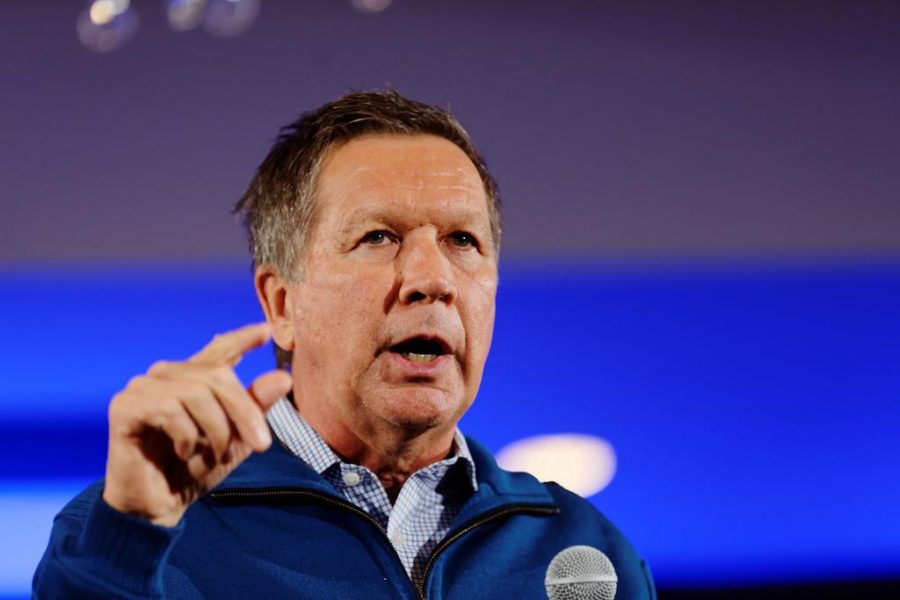 After a short debate, the Collegian Editorial Board has endorsed Gov. John Kasich for our choice in the Republican Primaries. In the end, this choice was one made on a simple premise: Kasich did not offend us.

The Republican field for president is one now marred by degrading rhetoric and regressive policy goals that push what should be a moderate conservative party to the fringes. Kasich is tragically the exception to this trend, polling near the bottom because of his plea to common sense tactics instead of the accusatory one-liners used by his opponents.

Even Sen. Marco Rubio, who had been another preferable option for this Editorial Board, has become entrenched in the name calling and pettiness brought by candidates that claim they are Republican even though they are not.

As it seems, the elephant in the room is not even an elephant. The populist assertions of businessman Donald Trump have ultimately changed what it means to be a Republican in this primary. In years to come, we are sure many in the Republican establishment will point fingers, blaming a variety of factors for the rise of Trump and his voters. The far-right demographic that supports Trump is upset with all aspects of government, and their rise is one surely caused by the long-term political strategy of the Republican party and its business allies.

To some, it may seem hypocritical that this Editorial Board is criticizing a populist movement on the right side of the isle while supporting Sen. Bernie Sanders, a socialist democrat, on the left. Our support for Sanders is one grounded in the belief that his plan to change the political process in America is much more probable and essential than the government shake up that would happen under a Trump presidency.

It also may seem odd that in an endorsement for Kasich, so much of it discussed other candidates. This is no mistake. The options in the Republican field has left the Collegian with an endorsement made out of a call for decency and nothing else. To this end, the only reasonable choice is Kasich.

He is the candidate who has repeatedly defended the rights and needs of immigrants through a conservative approach that does not call for a wall. On issues of higher education, Kasich has demonstrated the greatest amount of support for students. His plan on student debt calls for a $100 million relief fund, and he has demonstrated considerable knowledge in areas regarding the ever-rising cost of tuition.

Overall, Kasich carries an understanding and concern for those across all demographics, something not seen in many of his Republican opponents.

The Collegian Editorial Board can be reached at Letters@collegian.com.