Pope: For sports to survive, safety changes are necessary 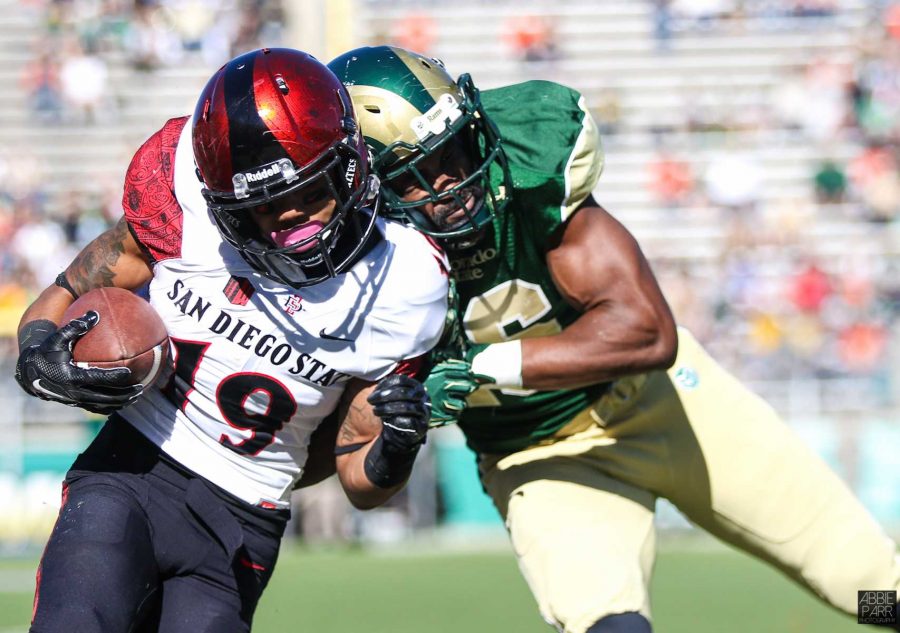 Why do you love sports?

It’s a question I’m often asked, mostly because I spend most of my life talking about, writing about or thinking about sports.

I love sports just as much, and probably more, than most people. When people ask me what my favorite TV show is, the answer is always SportsCenter. My favorite movie? Don’t even get me started, but I can tell you that probably eight of the top 10 are sports movies. It’s in my blood, and I love that.

But I think ESPN’s Tommy Tomlinson said it best when he penned a story about former North Carolina men’s basketball coach Dean Smith.

Tomlinson said, “Why do we care about sports to begin with? Why do we watch? Maybe this: to connect. In the arena, or in a sports bar, or maybe just alone on your couch, you watch your favorite team and you plug into something bigger than yourself. It’s a hedge against the coldness of the world. Heaven is other people.”

I wish I could, but I can’t put it any better than that.

I love sports because of what they mean, and especially what they represent. Teamwork, determination, toughness, perseverance, etc. There’s a list of things that sports can teach you that runs a mile long.

But if the primary reason you love sports is violence, you’re missing out. To me,  you are missing out on the entire point of why we watch.

A lot of people watch because those moments — the ones that send chills up your spine when a player scores a game-winning touchdown or someone overcomes the greatest odds to be successful — take many of us away from the reality of the world and into a place where it seems like anything is possible.

The violence you see in the NFL and NHL looks exciting on TV, until an athlete is standing on the sideline looking at one of your teammates on a stretcher unable to move his or her arms and legs, their mother comes out of the stands screaming bloody murder because her son or daughter was rendered temporarily unconscious.

That’s when sh*t starts to get real.

As my colleague Taylor Tougaw pointed out in his column, some of the earliest records of sports were as war games and combat exercises. That cannot be debated.

But that was also hundreds, if not thousands of years ago, and there weren’t 6-foot-5, 250-pound men running at full speed and hitting each other with helmets that also serve as weapons. That was before significant advances in technology, and before we knew about things like chronic traumatic encephalopathy, a disease that has been connected to the deaths of more than 90 former NFL players.

It was also before some of our greatest heroes forgot who their kids were and couldn’t remember what highway exit to take to their own home. During that time, there also weren’t people taking their own lives because of those “war games.”

Have the NFL and other professional sports groups taken steps eliminate those teeth-rattling hits? Absolutely. How could they not? When former employees start suing a multi-billion dollar business, wouldn’t they take steps to limit some of the negative effects? You’re damn right they would.

You may not like it, and you’re not alone. There are a lot of people who don’t like that football is becoming a “sissy” sport. You want to know something else? They aren’t the ones sacrificing their bodies, and in many cases their lives, for peoples’ entertainment.

It’s pretty easy to complain when you’re watching from the sidelines or even your couch. But when you’re the one putting your health on the line, wouldn’t you like your employer to do everything they can to stop you from being crippled or killed? Sure, there are people like Ed Reed that don’t think player safety is necessary. But let’s not begin to think that he is the norm. More and more players are cutting their careers short because of concerns about their long-term health. And who can blame them?

Athletes may have different abilities than non-athletes, but let’s not forget that they are humans, just like those who are watching the games. Not rag dolls. Not toys you can smash into each over and over again. Not robots or aliens. But real, living human beings who are just as susceptible to injury and death as everyone else.

If you don’t like sports the way they are being played, I’d suggest you stop watching because things will only get worse for you from here. Attendance isn’t down because of a lack of excitement, it’s down because instead of paying absurd ticket prices, waiting in traffic and sitting in the elements for four hours, people can now watch on their phone, TV or computer with a much better view and a lot smaller dent in their wallet.

These changes are necessary for not only the long-term health of the athletes, but also for the longevity of the sports themselves. If you still want people to be playing contact sports in 25 years, changes have to and will continue to be made.

Let’s not get it twisted. Sports aren’t boring, but if you think so, you may be watching for all the wrong reasons.

Keegan Pope can be reached at letters@collegian.com.