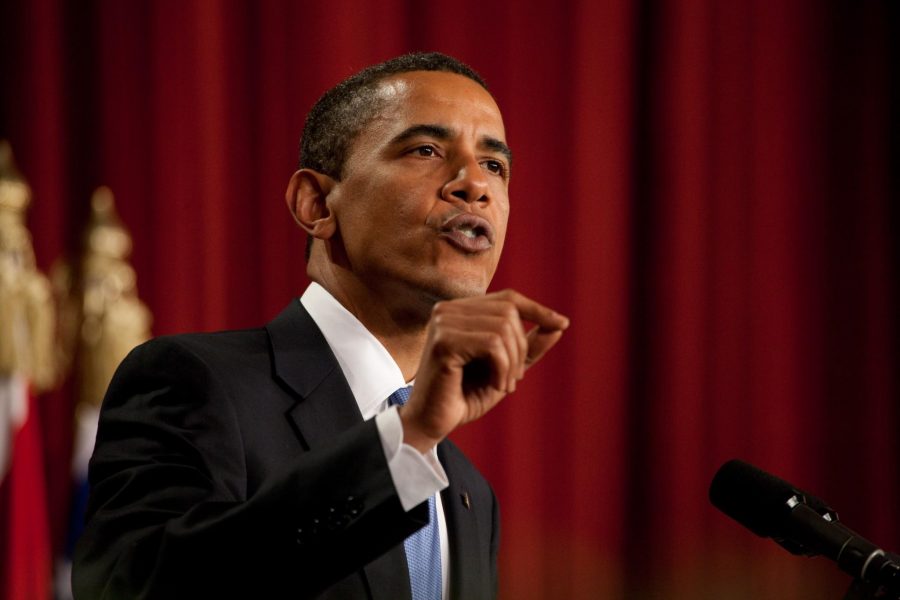 President Obama has faced a lot of criticism during his time in office, some justified, some not. However, one aspect of his presidency he has surprisingly not faced any rebuke over is his increasingly lawless military policy.

I realize that at this point, much of the American public has grown accustomed to the seemingly perpetual state of “warfare” our country has been in (note: does it count as a war if there are no countries fighting back?), and that most people are either ignorant of or in vehement denial of the terroristic nature of our country’s 15-years-and-counting occupation of the Middle East. However, even for those who trust in the Obama administration’s justification for continuing to sustain a military presence and wage violence in foreign countries, there is still a lot to the president’s military strategy that crosses the line both ethically and with regards to our own laws.

Take a recent drone strike as an example. Earlier this month, the U.S. conducted a drone strike in Somalia that killed 150 people. According to the Obama administration, the 150 that were killed were militants connected to a Somali terrorist group called Al-Shabaab that were assembled for some sort of graduation ceremony that was believed to be a prelude to an imminent attack against American troops in the region. Standard premise, right? However, the government did not provide any evidence to support these claims, and neither they or any other source seems to know the identity of any of the 150 people that were slain that day.

Now it could be argued that is unfair to expect our intelligence to know the identity of every single target before a pre-emptive strike is conducted, but the fact that the government did not know the identity of anyone they were targeting before they ended the lives of 150 people is inexcusable. It is not acceptable for anyone to murder 150 people under the pretense that the victims were probably bad.

That’s not the only unjustifiable aspect of the situation, either- even our presence in Somalia has no ethical or legal justification. The United States is not at war with Somalia or with Al-Shabaab. Somalia is not an active war zone. Al-Shabaab did not exist in 2001, and is therefore not covered under the United States’ authorization for targeting Al-Qaeda and “affiliated” forces. The U.S. authorized itself to attack outside active war zones in 2013 in self-defense against targets that pose an imminent threat to U.S. persons, but again, there would be no imminent threat if the United States wasn’t in Somalia for unknown pretenses, and the military authorities still have no evidence that the 150 people they obliterated were threatening to begin with.

This recent killing also ties back into larger ethical issues with Obama’s military policy as a whole. Obama has notably favored using drone strikes instead of ground forces during his tenure as president, and his top officials have repeatedly lied about their accuracy. Over 90 percent of the people that have been killed in drone strikes were not the intended targets, yet Obama’s administration continue to not only use them, but trumpet their preciseness. Obama terrorism adviser John Brennan famously claimed in 2011 that drone strikes had not caused a single civilian casualty, yet a study of 116 attacks during the previous year conducted by London’s Bureau of Investigative Journalism found at least 10 attacks in which 45 or more civilians were killed. The Obama administration told a bold-faced lie in the face of such loss of life, and not only have they continued to lie about how many civilians they’ve killed in their operations, but they’ve doubled down on their use of drones.

I can’t even put into words what a monstrous violation of ethics and basic principles of law this behavior is.  Never mind that Obama also redefined the term “militant” to mean “all military-age males in a strike zone,” and continued military operations in Libya despite Congress expressly not authorizing him to do so, and that his bombing campaign has been centered around 7 countries that are all predominantly Muslim. Obama seems to have no regard for basic ethical principles or lawfulness in conducting military operations abroad.

Even if you believe that the United States is justified in continuing in this state of perpetual invasion of and violence with foreign populations, despite not having not seen an organized attack on its soil in 15 years, Obama still has no right to order attacks against whoever he wants, wherever he wants and without legal authority. It’s morally and ethically messed up, it makes us less safe and there continues to be fewer and fewer legal excuses for it. He needs to receive rebuke for it from the public, from Congress and from the courts.