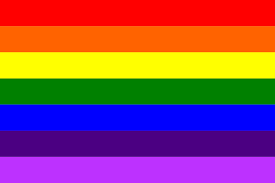 Organizations like GLBTQQA have been searching for a gender-neutral, singular pronoun for years in order to accommodate transgender people and others who don’t want to be described as “him” or “her.” In the past, our culture has tried “it,” “he/she,” and other somewhat ugly, inaccurate, and–depending on who you ask–sexist language to describe these people, but so far nothing has stuck. Recently, though, “they” has been voted the word of the year by linguists, writers and grammar-gestapos. They believe it will fill this pronoun vacuum, arguing that the word has existed as a singular pronoun in everyday speech for decades. That’s true but I (and many others) remain skeptical that “they” will be successful.

I don’t say that because I’m against the institution of a new pronoun suitable for gender ambiguous individuals. In fact, I  believe it’s a necessary and overdue addition to the English language. And usually, I’m not one to argue with people who hold degrees and IQ’s far above my own, but this is an exception.

With that irony in mind, a more sound solution might just be to create a new pronoun. Of course, that’s historically difficult, as innumerable pronoun flops demonstrate. For that reason many insist the use of “they” is the only answer, as the creation of a new pronoun, apparently, is too awkward to catch on. However, I believe that to be false.

The real reason that none of these experiments have gained momentum, is because they haven’t been palatable and they vary beyond consolidation. For example, past and current pronoun candidates such as “Ze” don’t exactly roll off the tongue, and “xe,” “vey,” “ey,” “ne,” etc., don’t offer much clarity in terms of political correctness. Additionally, none of them have been universally utilized by the media, which has rendered them obscure and jarring. Furthermore, few of them have been officially defined and the very communities that these pronouns are meant to describe have yet to officially endorse one.

It’s these problems that have hindered the development and adoption of a word that would advance GLBTQQA’s (and related groups) cause and equality in general. And while I understand that language evolves constantly, the proposed pronoun “they”  for singular use lacks practicality and originality. Both the media and those who don’t wish to be described as “him/her” need to come together and reach a consensus on an entirely new pronoun, otherwise it’s unlikely one will catch on; leaving important identities up to mere interpretation.

Collegian Columnist Paul Hazelton can be reached at letters@collegian.com, or on Twitter @HazeltonPaul.