Kennedy: Trump doesn’t reflect Christian values, but that’s none of our business 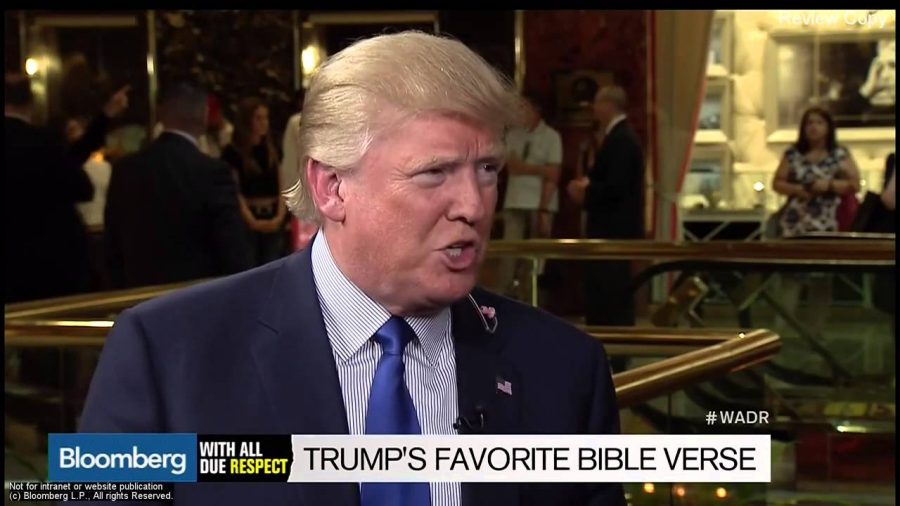 In a country founded on the separation of church and state, too often do we find religion and politics still butting heads with ugly results in the public sphere.

The latest example of this was when Pope Francis commented on the U.S. presidential race, labeling the Trump-enning as “not a Christian” for his divisive immigration policy. The exchange has since sparked rebuke from conservative politicians who chided the religious leader for interjecting himself into U.S. politics. While conservatives were right to criticize the pope for passing judgement on Trump’s faith, both they and the Catholic leader missed the point of why it was wrong for Francis to question Trump’s faith.

Just as church and state are separated in American Government, so too should the religious beliefs of public figures be kept out of the public sphere. The purported Christian faith of Donald Trump, or of any other person, is not any of our business.

Now, that isn’t to say that the pope’s comments were unwarranted. Indeed, if he had been discussing how Donald Trump’s actions relate to traditional Christian values, he would have had a very strong and practically undeniable case.

For starters, despite professing a deep Christian faith, Trump has shown a consistent lack of knowledge of the Bible in public statements. When speaking at Liberty University, he misquoted a passage from Corinthians and later couldn’t name a single passage when asked in an interview about his favorite verse. Granted, being asked to recite a Bible verse would probably be a tough task for anyone who’s not an actively practicing Christian, but a minimum level of knowledge should be reasonably expected from Trump if he plans to use faith to appeal to voters.

Trump’s lack of knowledge comes further into question when his despicable and boorish behavior seems to contradict much of what the Bible (and the holy books of most other major religions, frankly) outlines as decent, standard human behavior. Trump has previously been accused of rape by his ex-wife, was and still is the subject of three lawsuits that claim he defrauded thousands of students with his Trump University venture and remains complicit with racially-motivated harassment and violence at his political rallies. He’s made sexual comments about his own daughter and insulted women publicly for their appearance. He’s mocked reporters with disabilities. His rhetoric and proposed policies are racist and blatantly discriminatory.

Policy aside and plainly put, Donald Trump is a jackass of the highest caliber — an unapologetically racist, misogynistic narcissist who should not be given a position of power in any context and whose actions and behavior seem to be bereft of any type of moral code or guidance. Regardless of political affiliation, the idea that Trump is reflective of any Christian values should be laughable.

However, despite all of that, the genuineness of his self-professed faith and the particulars of the beliefs he holds are not any of our business to question or comment on. Religion and spirituality are inherently personal matters that do not deserve scrutiny in the public arena. People’s beliefs are highly individual and unique to them, and the names we use them to describe and identify them like Muslim and Christian are only labels. Even a holy book as revered by some as the Bible is interpreted in countless different ways by individuals all over the world, all of whom identify themselves by the same term. We need to trust in the genuineness of others when they speak of their beliefs, and although they can be challenged in an appropriate manner, to outright dismiss the spiritual identity of another person is completely disrespectful. Just as church and state are separated in our government, so too should one’s religion be kept out of public discussion. Even if that person is Donald Trump.

Collegian Senior Columnist Sean Kennedy is a non-practicing Pantheist who would like to encourage others to study and be accepting of all belief systems. He can be reached at letters@collegian.com or on Twitter @Seanskenn.