Hazelton: Coin flips are not a viable tool for allocating delegates during elections 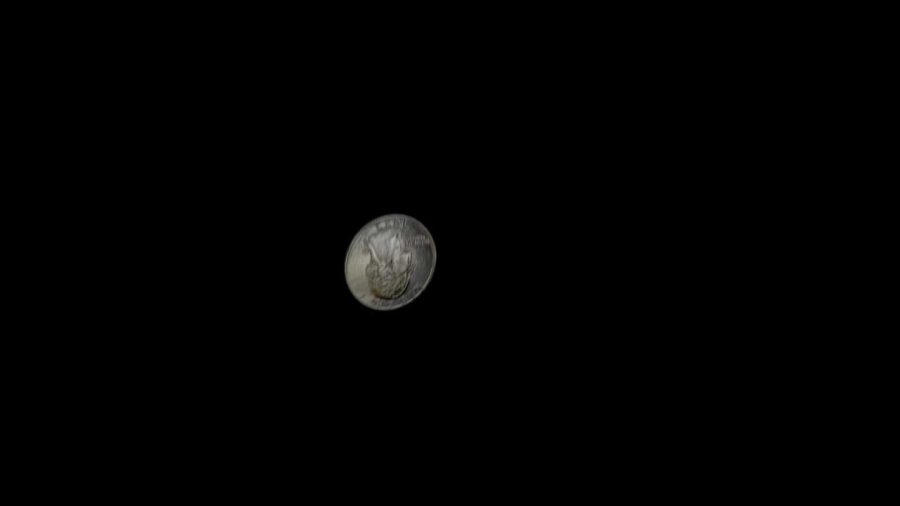 For those of you who are blissfully unaware of the rabbit hole that is Democratic caucus rules in Iowa and other states, coin flipping–or more accurately, quarter flipping–is routinely used to determine which candidate receives a delegate. This happens in the event of a tie or an odd number of delegate votes.  To many people that’s an odd rule, but up until now its been one that the general public has largely ignored. However, if you’ve been on the internet lately, you probably know that’s no longer true.

Shortly after the voting concluded in Iowa the media erupted with accusations that Hillary Clinton had won a majority of coin flips, potentially propelling her to victory in the closest caucus in Iowa history.

To my dismay, that was later revealed to be completely false. In reality, there were at least a dozen such instances and Bernie Sanders reportedly won a sizable share of them.

The last official numbers concluded that Clinton won Iowa by four delegate votes. Even though this is winning by a hair’s width, obtaining four of these delegates with lucky coin flips is highly unlikely and it serves to prove that in most cases, the rule is benign.

So maybe coin flips don’t matter in a practical sense, but the fact remains that the most progressive party in the United States uses a quarter as a tiebreaker/odd-delegate-decider instead of simply dividing up the delegate points. This, by all logical reasoning, is what should happen in these situations. Even still, this wasn’t what concerned me as I watched Quarter-Gate unravel. What concerned me is what many people where ignoring.

For example, the Democratic party keeps no official record of how many county delegates are awarded in this fashion. Why? No one knows, but with that in mind, it’s probable that the current dozen or so delegates won by quarter flip is a fraction of the actual number. Even more disturbing, the party doesn’t release the popular vote–as the Republicans do–which many argue serves to obscure the true outcome. And as unlikely as it seems, there remains a possibility that in a closer election (if there is such a thing) someone could win the caucus by coin toss. Imagine if Hillary had won Iowa by one or two delegates. Would democracy not have been undermined by the inclusion of a dozen or more tiebreakers that relied on a game of chance?

This seems to be the fundamental problem many Americans have with flipping a coin to decide ties and uneven delegates. It’s not that flipping a quarter necessarily matters, tough it could, it’s that the practice is a bizarre, archaic and unsettlingly un-american rule to have in our democracy.  In essence, the rule degrades the trust of the American electorate and on that basis alone, should be thrown out. Add in the utter incompetence of the Democratic party and the fact that the problem could be resolved by splitting the vote, and this rule becomes ludicrous. It needs to disappear.

Of course, a change in election rules, even one so “donkey-brained” as employing coin flips, probably won’t happen soon. So, I’d like to leave you with these last, potentially feasible suggestions: If the Democratic party insists on deciding caucus conundrums fifth-grade style, shouldn’t they at least start using ceremonial coins with the candidates faces on either side like they do in the Super Bowl (go Broncos) or better yet play Rock, Paper, Scissors? It just seems so egregiously lacking in the theatrical department given our political climate and the rule’s general absurdity.  And, I mean, did you watch the video above? There where no journalist covering that event, which is unfortunate because if they where, I think Fan Duel might have a new market.

Collegian Columnist Paul Hazelton can be reached at letters@collegian.com, or on Twitter @HazeltonPaul.