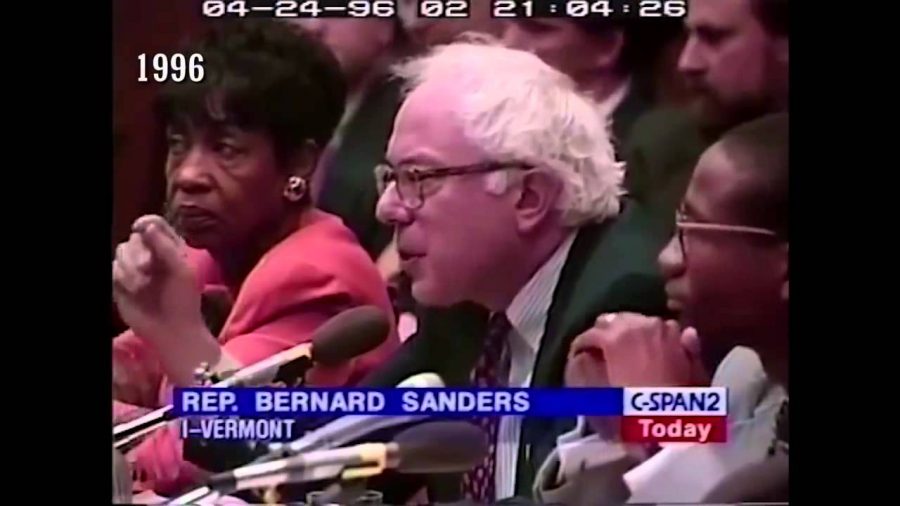 How do you choose your senators and presidents? There are many factors that can play into a person’s political preferences, be it a candidate’s policy stances, background, personality or other motivations, and each is valid in contributing to one’s voting decisions. However, because some voters may value certain intangible traits more than others when judging political figures, candidates will often present themselves to audiences in a specific light designed to appeal to whatever the general public seems to value most around the time of any given election. This can sometimes lead to the public receiving a view of a candidate that is disingenuous when compared to the values that that person has worked and advocated for during his or her political career. The upcoming presidential elections are no exception to this phenomenon, and even the Democratic primary stands to be affected unless we speak out against dishonest and silly campaign tactics.

Simply put, Hillary Clinton does not deserve the feminist vote.

Don’t get me wrong, I would love to see a woman in office in the future, and I believe it would do wonders for social progress and elevating women’s status in our country to have a female head of state, but we should not let our passion for this goal drive us to electing just anyone. I believe we still have to take into account a candidate’s record and all the other factors we evaluate all candidates of other genders for as well. I want a woman as president too, but I don’t want the first one to be mediocre, either.

This is where I believe Clinton falls far short in her campaign. There’s not a politician from either major party that could possibly top Bernie Sanders in terms of sticking to a consistent set of values during their career, but even attempting to frame Clinton as a “progressive” candidate so to speak takes a lot of overlooking her history to work.

Take her voting record for example. Hillary Clinton has publicly changed her positions on policy issues several times throughout her career. Clinton has been documented changing her views on universal healthcare, the single-payer system “revolution, the construction of the Keystone pipeline, the Trans-Pacific Partnership, persecution of crime, the Colombian trade deal, her position on the 2008 crash of Wall Street and even on whether she considers herself a progressive candidate. While any fair analysis of a candidate should pay fair credence to the element of hindsight when evaluating policy decisions, the sheer number of these switches in position and the circumstances under which they were made should still raise concern over the genuineness of her statements. While it may not alarm some voters, she also has well-documented ties to Wall Street (and Walmart, oddly enough) and has supported the reduction of regulation on the industry relatively consistently during her career.

Some people may not care about the implications that Clinton’s connections and voting history has on her candidacy, and may even agree with the values she supports, which in my opinion are decidedly not progressive. That’s fine, we can disagree; it is up to every voter to decide what is right for him or herself. However, the point is that we shouldn’t let whatever values we hold highest in judging political figures prevent us from doing due diligence in learning more about their candidacy. As I’ve written before, everyone’s political views are more nuanced than “all Republicans vote for Christians” or “all feminists vote for female candidates,”and it’s lazy and disrespectful to assume voters will do so for these single issues.

If you’re a feminist and you believe Hillary is the best fit for the White House, more power to you-just don’t let your vote boil down to gender alone. Frankly, if I were a woman, I would be insulted by Clinton’s pitch to elect the first female president because it insinuates that gender is all that matters to getting women’s votes. Governmental decisions can greatly impact our lives, so much so that picking a candidate based on gender or race alone is dangerously irresponsible. Vote for what values you consider to be most important- but do your homework on all aspects of a political campaign.

Collegian Senior Columnist Sean Kennedy can be reached at letters@collegian.com or on Twitter.