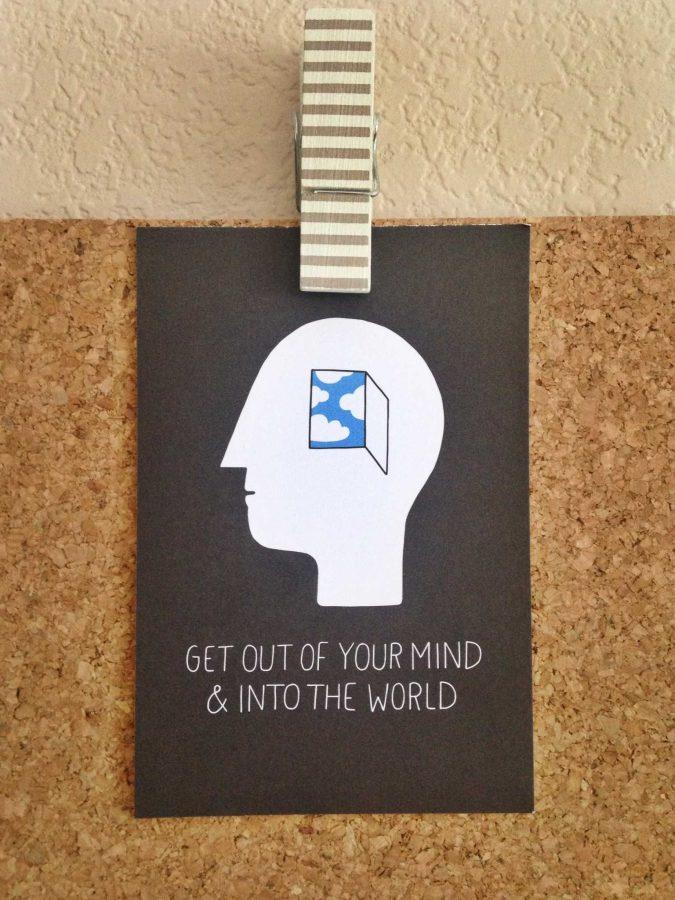 The Christmas and holiday season is approaching fast, and we have two weeks ahead of us to try to raise our lowest grades and cram for the ever-dreaded finals week. These next few weeks are going to be tough for many of us, but that should not stop us from being friendly, spreading good cheer and being intentional with those closest to us.

It’s normal for stress and tension to run high during this time of the year, and it’s unfortunate that it comes during the holiday season, when everyone wants to bask in the magic and bliss of sugar and spice and all that’s nice. Oftentimes our only focus is school and finals preparation — that’s simply a fact of higher education. With this wave of emotion, it is easy to forget a very important factor: people.

I have always had a bit of an issue with the notion that college is the prime time to be “selfish.” I’ve heard this phrase flow from the lips of many lost and confused young adults. Though I get the connotation, I’ve found that people use this as an excuse to put their blinders up and purposefully not focus on anyone but themselves.

There’s no doubt that we are a very interconnected generation of people. We have the means to communicate with anyone, anywhere around the world. But even so, it’s sometimes hard to engage and be intentional with the people — our friends included — in front of us, even when school commitments aren’t in full swing.

For the first two years of college, I was constantly surrounded by people. And I think this was the norm for most of us — we’d find our crew in the dorms freshman year and do everything together.

My friend group met in Parmelee and we spent all of our free time with each other. We did homework communally in a lounge, we adventured on the weekends and shared plates on plates of dining hall tater tots. We were each other’s go-to when something was wrong, when we needed a pick-me-up or a hearty laugh. Being intentional with each other was a given because we needed each other, and, well, someone was always around.

As the years have progressed and we’ve all moved out of the dorms and into our own little caves, being intentional with one another has gotten a bit trickier — meaning, it requires extra effort to meet up and spend quality time with one another. We’ve established ourselves more firmly on campus and frankly, we don’t need the safety net that we once were for each other. Rarely do our schedules overlap and our school work requires more attention than it once did. We’re becoming more grounded adults.

However, our busy schedules with school, work and other commitments should not be an excuse for not being purposeful in our friendships. The college environment can be the most lonely of places, and as the urgency and stress of finals sets in, this should not be forgotten.

Human psychology shows that when you partake in selfless acts and share kindness — in this case, being intentional with friendships and those around you — your rates of depression and stress decrease. It’s one of those weird phenomenons of the world. Doing something that doesn’t directly benefit you actually makes you feel better? Crazy.

An article from EliteDaily discusses the research behind altruism — and why paying it forward makes you feel so good.

The research shows that “when you help other people in the name of true altruism, you experience less psychological indicators of anxiety and an increase in positive feelings toward yourself.”

There’s no reason to not show kindness and intentionality to one another this time of year. Sometimes the stress of school outweighs the magic that the holiday season brings, but that doesn’t always have to be the case.

I challenge you all to spread a little love and selflessness these next few weeks. It’s as easy as being present with someone in front of you, asking them how their day is going, meeting up with a friend you haven’t talked to in a while or even buying coffee for the person standing behind you in line. These simple acts of kindness can be momentous.

A little love can go a long way, and it will come back to you. Being intentional with people can be the best stress-reliever, because people are important and human connection should be prioritized.

And so, in the words of Ellen DeGeneres, be kind to one another.

Collegian columnist Zara DeGroot has a disgusting addiction to her phone. She can be reached at letters@collegian.com, or, better yet, on Twitter @zar_degroot.