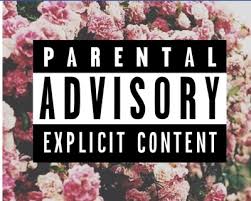 Some people don’t understand the draw of rap music. In fact, many would argue it’s not music at all, and to a degree they are right. Rap is an art form.

I’ve loved rap music since freshman year of high school, when I first heard 50 Cent’s “I Get Money.”  Rap has helped mold me into who I am today and partially drove me to become a writer. Sadly, the music I grew up nearly breaking my neck to is being slowly undermined by awful MC’s.

Today, rap is a platform for criminal acts, sexual situations, financial flaunting and promotions of drug abuse. These have always been heavily expressed in rap and they can be entertaining. The problem is, this content is almost exclusively relied on by new school rap.Until recently, rappers spoke on important, culturally-relevant topics. NAS, with his work “New York State Of Mind,” relayed the effects that racially-targeted housing projects had on one’s mentality and that of their communities. Though he mentions affluence and criminal activity, it’s relevant to his point. Other songs carry similar messages, such as Mos-Def’s “New World Water” which discusses water scarcity, and Jedi Mind Trick’s “Trail of Lies,” which, among other things, denounces the entertainment industry’s unfair expectation of young women. In stark contrast, I would challenge any new school fan to find more than five new artists that release equally well-written and impactful songs that don’t glorify superficial aspects of hood life or document relationship problems.  In other words, find me songs that make you think.

While you thumb fruitlessly through those rappers’ catalogs, let me explain a couple more problems with the contemporary genre. The poetry that historically permeated rap has, in large part, been abandoned and replaced with simplified syllables and phrases.

To prove this point, let’s start with punch lines. First, one of Big L’s harshest punchlines from his 98’ freestyle: “You aint’ a leader, what? Nobody followed you. You was neva’ sh*t, your motha’ shoulda’ swallowed you.”  Now, a punchline from Drake’s “Dreams Money Can Buy you Lyrics”:  “Ohh, I never seen the car you claim to drive. Well sh*t, I seen it, you just ain’t inside.” While this stings slightly, the veracity of Drake’s quip is equivalent to being socked by a toddler. These weak lines are a theme consistent throughout most new MC’s work.

Then there’s storytelling ability. It’s true that most rap songs are narratives, however, in the past rappers routinely released personal anecdotes, cautionary tales and fictional prose. In vivid detail, “I’ve got a Story to Tell” by Biggie Smalls, relays his humorous experience of having a woman’s boyfriend (and NBA player) come home during a sexual encounter. Biggie quickly makes it appear as a home invasion and panicked, the sports star starts “pullin’ mad g’s out the floor.” Effectively, Biggie robs him by accident. Slick Rick’s cautionary tale, “Children’s Story” follows a young man who begins robbing people with his friend and is later shot by the police as a result. Similar examples include  Mobb Deep’s gangster conical “Trife Life,” Slim Shady’s bizarre “As the World Turns” and Immortal Technique’s sobering “Dance with the Devil.” While I won’t say new artists neglect storytelling, the importance of it has been noticeably diminished.

This medium used to also heavily emphasize lyricism, and while that’s still true for some rappers, most rely on slickly-produced beats and simple, pandering prose to ease them through their albums. Take Waka Flocka Flame, for instance. In addition to my near inability to comprehend the words coming out of his mouth, there is very little — if any — wordplay, vocabulary dimensionality, subtext or complex metaphors in his rhymes. In other words, it’s just lazy writing and there are a plethora of other MCs who put equally minuscule thought into their words.

To clarify, I’m not saying I don’t thoroughly enjoy Tyler the Creator or any other current rapper that consistently nails the craft. But if rap was a class, I’d be hesitant to award anything higher than a ‘C’ to most of the verbal vomit I hear. Of course, this dumbed-down content isn’t exclusive to rap music. Pop, alternative rock, country and many other genres have been negatively affected by this trend. In general, mega crowds, easy money and mass appeal have trumped substance and creativity. As a result, much of contemporary music focuses on repetitive hooks, catchy beats and facile song writing.

Maybe this is all due to the regulations of the music industry, maybe people simply don’t care if rap or other genres become one-dimensional or perhaps they truly enjoy simple bars. Maybe I’m just a “hater” that’s stuck in the past, but I doubt it. While I understand that music evolves over time, that doesn’t mean it should be a race to the bottom where everyone sounds the same and all the content is generic. Rappers and other musicians should be updating their crafts, experimenting with different styles and forming new visions of performance without injuring their genre’s quality. As a society we should not be buying into– and therefore fueling– the progression of bad music.  Unfortunately, that’s whats happening and the kids that are growing up listening to this garbage now will probably continue the trend, leaving us with meaningless, simplistic graphs that skew to the intellectually tone-deaf.