Standardized testing is not an efficient use of time 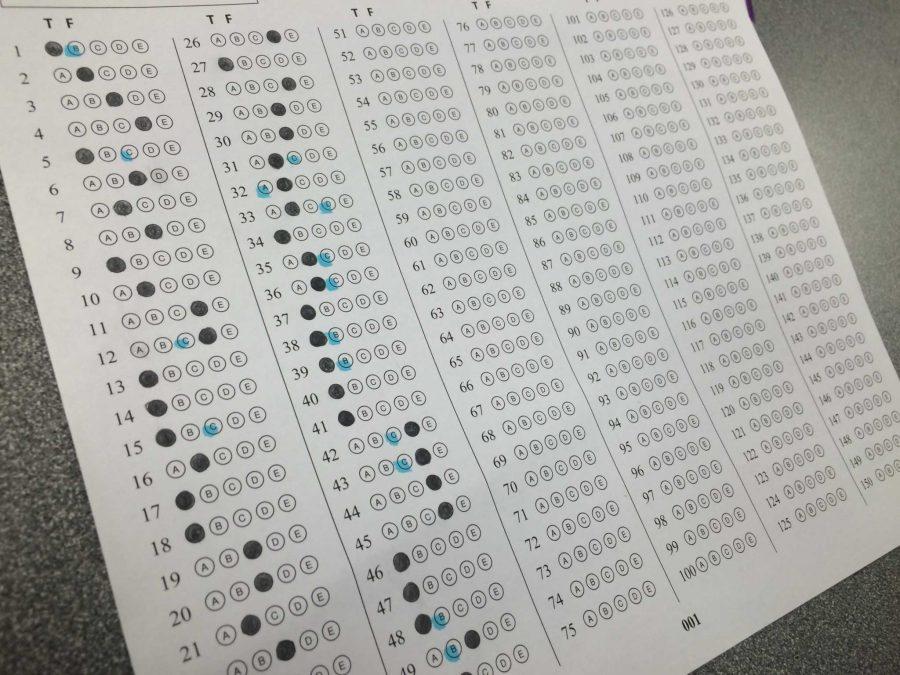 Looking back on my elementary, junior high and high school years, one of the worst experiences I can remember is taking the annual Colorado Student Assessment Program (CSAP). These standardized tests, identified by different labels in each state, are known and dreaded by students nationwide as they await the hours of preparation and test-taking time allotted by their schools in the spring. Sitting here, years later, I still cringe at the recollection of white booklets labeled “Do Not Write on This Page,” the “proctors” etching the remaining time on the chalkboard, the two options to sleep or sit silently after completing each session and the deafening sound of the clock ticking hours of my life away.

The first problem with standardized tests is this: hours of valuable in-class time is spent every year on preparation and test time for school-funding tests that have little, if any, relevance or benefit to the students’ future. This issue seems to finally be getting attention on a larger scale than ever before, as more and more people are becoming aware of the tests’ irrelevance to student success, and leaders like Senator Michael Bennet and President Barack Obama are beginning to agree that the tests are “consuming too much instructional time” despite these activists’ commonly education-based agendas.

According to TN Department of Education, students in third to fifth grades spend approximately 11 hours annually taking these tests, a figure that does not even account for the amount of preparation time. Perhaps if it took students this long to complete the tests, the time limit would be necessary. However, I remember most students finishing within half the time allotment and sitting there with nothing to do for the remaining time. Recently, changes have been made to allow reading a book, but students still cannot leave the room when they are finished.

This was especially frustrating to me, as I was typically one of the students that finished within the first half of testing time. I can remember constantly shifting in my chair, trying to get comfortable enough to sleep and ending up making awkward eye contact with the proctors or counting the dots on the ceiling tiles. What a waste of time.

Another thing that really grinds my gears about standardized testing in public schools is the scare factor most teachers and test administration use to intimidate students into treating the tests as though they actually measure academic intelligence. Scores are sent to parents — which in itself was intimidating — and I can remember several of my teachers saying the scores would be sent to prospective colleges, although now I think they were getting CSAPs confused with the ACTs and SATs.

Cheating precautions were also taken to extremes, as most teachers had a box in the front of my testing rooms where all electronics were to go, unless students wished to fail the test at their phone’s vibration. Since these tests are apparently so easy to fail — by making “suspicious” eye contact with a friend, going to the bathroom when another student is out, listening to music with headphones in, moving too far forward in the book or accidentally writing outside the margins — I was successfully scared into expending all my attention and brain power during each session.

Not only do students break under the pressure of standardized testing, but I can remember my teachers feeling responsible for their students’ scores as a reflection of their own teaching, and I have known some to use unethical practices in their testing rooms to better students’ scores. At my junior high school, for example, a teacher was caught giving unauthorized help to a student on the CSAP test, which resulted in her immediate removal from the school. While discussing the topic with my fellow opinion writers, some said their teachers found a way to only reflect the good or bad test scores, depending on the standardized test organization’s funding criteria.

First of all, public schools rely on state and federal funding to operate effectively and supply their students with the best learning tools available. And if funding is not inherently equal across each district and state, testing seems an appropriate way of determining which ones need it the most. My only big problem with this is that students either take the tests seriously or they don’t, which shows that test scores do not necessarily share a direct correlation with a school’s need for funding. On the other hand, the time limit, strict cheating precautions and the tests’ actual content all contributed to my comfortability when taking the ACT my junior year of high school. Since I had years of experience with these kinds of tests, the ones that actually affected my college acceptance seemed less daunting and I can say that I probably did better on them because of the CSAPs. However, I do believe I would have done just as well on the ACT if CSAP testing consumed less of my time that could have otherwise been spent learning new things in the classroom.

So, to my younger readers and their teachers: standardized tests are not an accurate measure of your intelligence, nor do they determine which colleges you will be accepted to when it is your time. I wish I would have known this earlier.