Antidepressants should be a last resort for anxiety on college campuses 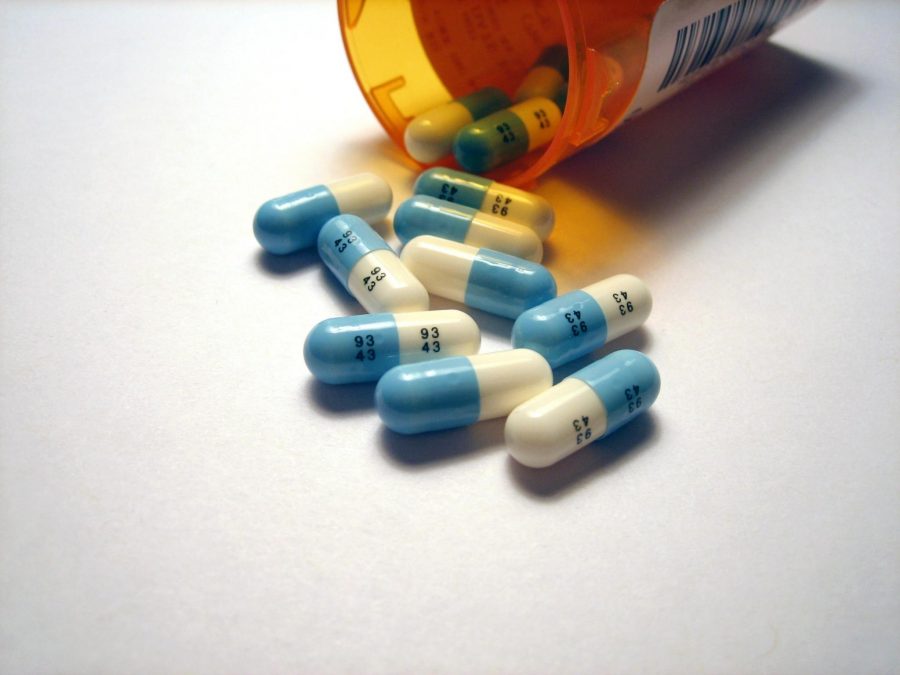 Pharmaceuticals tailored for anxiety and depression are prescribed with an almost nonchalant routineness – unsurprising, given the sheer volume of patients mental health facilities need to move.

Anti-anxiety medication is a necessary reservation for those with chronic and acute episodes that may result in self-harm or harm to another. But blurring that line with daily usage can be perilous, especially on an upward-trending public scale (mood stabilizers for mood disorders do not pertain here).

New anxieties inevitably appear with each new stage of adult life. Those stages seem more ambiguous and difficult to navigate today than for past generations. That is why cognitive behavioral therapy, or CBT, is of vital importance. We need to learn to cope with increased anxiety – not try in vein to chemically cure it. Pharmaceuticals can only temporarily curb or delay anxiety’s symptoms.

CBT operates on exposure. Confronting raw anxiety forces your brain to reframe and overcome it. Exposure to anxiety under the guidance of a CBT professional can create more profound and permanent chemical changes in your brain than pharmaceuticals, measurable by brain scans. This is made possible by neuroplasticity – your brain changes with behavioral patterns. The first time you expose yourself to raw anxiety can be dreadful. But that anxiety decreases drastically each time when done correctly. It can close to disappear. Avoiding the symptoms of anxiety with a substance can make it nearly impossible to confront old anxieties without the aid of that substance, whether that substance is prescribed or illegal (drugs are drugs).

Scott Stossel, editor of The Atlantic, devoted three chapters of his 2013 book, “My Age of Anxiety,” to pharmaceutical drugs. The book is a research investigation into anxiety’s philosophical, cultural and medical quandaries, along with personal accounts of his own tremendous struggle. Stossel is an incredibly anxious person. He can “scarcely convey what powerful dread” certain situations, like a publicity tour, invoke in him (or the thought of tossing his cookies). Stossel worries that he cannot cope without pharmaceuticals. These feelings encapsulate what it means to have anxiety: What if I truly cannot cope with an anxiety-provoking situation? Is this a biological, or worse, a moral failing?

Stossel consulted a Harvard psychopharmacologist. He told Stossel that his anxiety is “a medical illness, just like diabetes.” According to the psychopharmacologist, Stossel should not resist medication the same way a diabetic would not “have such qualms about taking insulin.” Rationalizing anxiety drugs that alter brain chemistry this way is dangerous and incongruous. Chronic anxiety and diabetes are two very different diseases that require different approaches. Anti-anxiety medications and the hormone insulin are worlds apart. You would never tell someone with diabetes to refuse insulin in order to fully face it, despite this working for anxiety. “Dr. Harvard,” as he is referred in the book, based this argument on the accumulating evidence that “anxiety has a biological, physiological and genetic basis.” But a disease’s origin does not mandate its method of treatment.

The notion that an anxious brain is curable by drugs was introduced to modern medicine by Sigmund Freud’s scientific papers on the efficacy of cocaine – a “miracle” drug, according to Stossel. Freud followed this affirmation resolutely despite a friend and patient of his becoming fatally addicted to cocaine. Freud himself was addicted to multiple substances, including cocaine. The most common antidepressants, selective serotonin reuptake inhibitors (SSRIs) are mechanically similar to cocaine: They block reabsorption of neurotransmitters so that your body produces more, but the SSRIs do not cause the same cravings.

SSRIs come with a black-label warning for increased risk of suicide. Those seeking antidepressants may already be more susceptible to suicide. Is increasing that risk reasonable? Going off antidepressants, even slowly, elicits suicidal ideation accompanied by intense physical symptoms, a phenomenon called Antidepressant Discontinuation Syndrome. Mental health professionals do not recognize SSRIs as addictive due to the absence of “intense cravings” and “long-term chemical changes,” as described by the Mayo Clinic. But suicide is somehow a passable side effect. Antidepressants, as well as benzodiazepines, interact harshly with other substances, most notably alcohol. This can lead to hospitalization and death, and simply worsen anxiety. These aspects are not well known, but nonetheless potent.

The history of pharmaceuticals alone can make one question if “we should place much trust in the similarly serene confidence of the physicians and drug manuals of today,” writes Stossel. Prior to tranquilizers in the 1950s, pharmacies did not carry large quantities of anti-anxiety medications (the clinical terms anxiety and depression did not even exist). Opiates, cocaine and cough suppressants all appeared on pharmacy shelves at one point. Each new anti-anxiety medication over the last 60 years, such as barbiturates, seems to result in thousands of deaths, most famously Marilyn Monroe.

Generalized anxiety disorder and social anxiety disorder are the two most common anxiety diagnoses. To be diagnosed with these is to be diagnosed as human. Everyone experiences anxiety at some point – it is necessary to the developing brain. But it manifests differently in everyone. For instance, intense social anxiety may prevent someone from attending class. That is a perfect scenario for CBT. Should that anxiety develop into a phobia, one that may lead to irreversible self-harm, then anti-anxiety medication can and should enter the conversation, but not without CBT.

If you are one of many college students experiencing anxiety, look for outlets involving CBT before reaching for a pill bottle. While most campuses do not have the resources to offer students individual therapy, CBT can still be done in a group setting, and campuses are finding creative ways to help students cope.

Collegian Reporter Jake Schwebach can be reached at letters@collegian.com or on Twitter @jschway.