Every dog will have his day 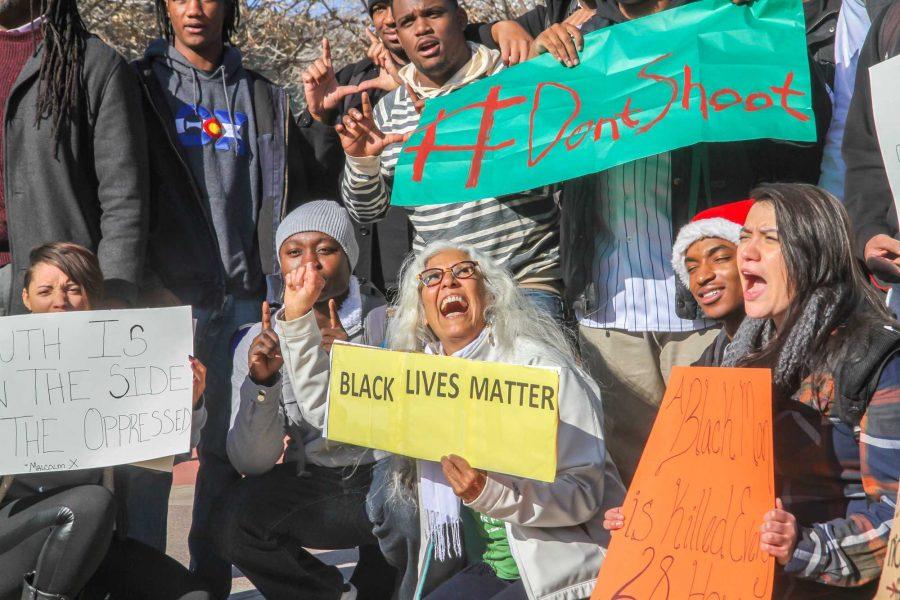 “Every dog will have his day,” said David Walker in David Walker’s Appeal. This appeal spoke on behalf of the Blacks in America calling for the abolition of slavery. The appeal was feared throughout America because people thought that it would cause the slaves to revolt. It was silenced to keep the cries for equality and human rights from spreading.

No longer will the humanity of a people be ignored and silenced.

The unjust killings of unarmed, African American males Tamir Rice, Eric Gardner and Freddy Grey by police officials were the straws that broke the camel’s back.  Tamir Rice, a 12-year-old boy, was shot and killed after playing with a fake gun in the park. The police got away and America continued to sleep on.

The recent death of Freddy Grey that occurred while he was in police custody is now a part of the names called when the topic of police brutality is discussed. The article states that Grey ran when he spotted the police, which explains why he was initially apprehended. Upon being placed in police custody, Grey had a broken neck and an 80 percent severed spine. This death is an example of the unjust and inhumane treatment of unarmed African Americans by police officials.

Protests have been going on as a result of the deaths in the Black community caused by police brutality. The news covered the protests, the riots and the vandalism taking place. What the many of the mainstream media outlets did not display is the unification of opposing gangs in Baltimore. The Bloods and the Crips called for a truce in order to help bring peace and unity during this time of anger within their communities. Many major news outlets just reported gangs getting together to harm police. In reality, gang members said that they came out to help prevent the looting of stores. Few media outlets acknowledged the efforts made by the people within the Baltimore community to end gang violence to help the community. Instead, they were often portrayed as the threat. America also missed the opportunity to show community members in the aftermath of the protests in Baltimore coming out to clean up the city, sweeping up the trash that was left behind. Children and adults alike put the remains of their community back together as best they can.

The ruling of Freddy Grey’s case has been classified as a homicide, and the police have been taken into custody. Many people would consider this a win, but I believe that’s up for interpretation. This is a question I am sure has plagued many people’s minds: were government officials actually acknowledging that those officers committed a crime against human beings in custody, stripping the community and its members of their right to feel safe, or were the police brought up on charges out of fear of the protests, fear of the African Americans revealing a whole lot of truths that America’s ears weren’t ready to hear or the fear that others might have the courage to listen to the needs for humanity to be restored within these communities, for the African American people? By taking quick action, the verdict was set, but was this response serving justice or intending to take the wind out of the sails of the protests, silencing the crowds?

It’s unfathomable that people see the buildings being looted and burned down, and that’s the only trigger of remorse they feel for this entire ordeal. Human life can never be measured in monetary assets. America has ignored the requisite for justice and civil liberties. The scars that are left from turning a deaf ear and a blind eye to the issues of the African American people will never be removed.

BlackLivesMatter was transformed into AllLivesMatter. Very good point, but all lives aren’t being killed in the streets like animals, and all lives aren’t ignored because of their skin’s melanin. All lives are not allotted justice and equal opportunities. Baltimore is a piece to a larger puzzle, and the protests and stances that were made during this uprising sent a clear message. Every dog will have his day, when the people in authoritative positions will have to answer for their wrong doings and mistreatment. As the dog begins to awaken, and the growl in his chest begins to build, I hope when he howls, he’ll have the courage to say that Black lives matter.

Collegian Columist Chynna Fayne can be reached at letters@collegian.com or on Twitter @ChynnaFayne.